Germans are afraid of Polish companies

12.07.2016
Germans are criticizing the free market when their companies are beginning to lose with Polish companies. 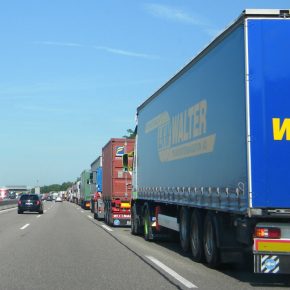 In certain sectors Polish entrepreneurs in Germany are not only ahead of competitors from other countries but also ahead of the German companies. Their advantage is evident in automotive, furniture industry and IT. So they are now being closely watched.

The advantage of the Polish companies is not only the price but also the quality of the products and services. Because of these successes, German media write about unfair competition from Poland, dumping wages and excessive subsidies from the EU. Some German competitors are lobbying the politicians in favor of regulations which would burden the Polish companies with new costs.

„Last year, foreign trucks drove 11.9 billion kilometers on German roads. It is the highest number in history!” alarmed the Bild tabloid recently. „The highways are becoming more and more Eastern European,” echoed the daily Die Welt. In this way newspapers described the increasing presence of foreign carriers on the German market. Today as much as 40 per cent of truck traffic in Germany is generated by vehicles with foreign registration plates and their share is constantly increasing.

The presence of trucks from the so-called new EU countries is particularly visible. Polish drivers have already gained a dominant position among the foreign truck drivers. They already control 15 per cent of the German market. The Czechs, who are ranked second, have less than one-third of the operations of Polish carriers. The year 2015 was a record-breaking for Polish carriers in Germany, and 2016 will likely be even better.

In the first three months of this year, Polish trucks drove well over one billion kilometers on German roads, i.e. almost 20 per cent more than in the same period of last year. A larger increase was only recorded by trucks from Romania and Croatia but their numbers are so low that they have no chance of getting ahead of the Poles. Today, in this competition on the German roads, the only real competitors for Polish drivers are the German ones.

„On long distances we are not able to compete with carriers from Eastern Europe. Drivers from these countries earn half of what Germans earn, or even less,” complained one of the German freight forwarders in the press.

The low wages are indicated as the main factor in the expansion from the East, because the road tolls are the same for everyone. Following the introduction of the minimum wage (8.5 euro per hour) in 2015, German freight forwarders have to pay their drivers about EUR2,500 per month. Organizations of carriers tried to force the government in Berlin to extend these provisions also on the drivers from abroad. After protests from Poland and the Czech Republic, the European Commission has decided to take legal action against Germany. Because this legislation disproportionately restricts the free movement of goods and the freedom to provide services.

The successes of Polish furniture manufacturers are described in a similar manner.  „Germans have never before purchased so much furniture from abroad. But these are rarely precious products from Italy and frequently cheap goods from Poland and China,” writes „Die Welt”.

Today, foreign manufacturers generate more than 60 per cent of the sales. In terms of value of sales in Germany, Polish companies were ranked 9th in the 1990s, but quickly became a leader. While in 2015 China was ranked the first in this classification (exports worth EUR3.7bn), Poland’s result wasn’t much worse (EUR3.6bn), and more than three times higher than the value of sales of Italian producers.

In Germany there are 500 furniture producers employing a total of over 83,000 FTEs. Although in the last year the value of their exports exceeded EUR10bn for the first time, they are not able to cope with foreign competition on the domestic market. The Association of German Furniture Industries (Verband der Deutschen Möbelindustrie, VDM) is conducting many lobbying activities. It demands, for example, the introduction of mandatory labeling of the country of origin of the furniture sold in the entire EU.

„An obligatory ‚Made in Germany’ stamp will provide the customers with additional arguments in favour of the purchase. Apart from the price this will be important information about the origin, social standards and quality,” explains Axel Schramm, the head of VDM.

Two years ago VDM submitted a complaint to the European Commission regarding the support of the development of Polish furniture plants with European funds. German competitors did not like the fact that manufacturers from Poland not only obtained a subsidies for the modernization of their plants but also carried out „Made in Poland” promotional campaigns in Germany and other EU countries, using funds from the „Innovative Economy” program.

„The window manufacturer from Hanweiler will cease production by the end of August. 120 jobs will be lost,” the Saarbrücker Zeitung announced. Also in this case cheap competition from abroad was blamed as responsible for the collapse of a company with 50 years of history.

Last year, Polish companies sold windows and doors worth more than EUR500m, recording an over 10 per cent increase in sales. And allegations of unfair competition were immediately brought up.

Not everything, however, can be explained by low wages, poorer social standards or subsidies from the EU. It is possible that quality, so often emphasized by German companies, is not always their real advantage.

„Sluggishness and laziness are slowly becoming a problem. Germans are starting to produce not in weeks, as they used to, but sometimes in months. Some of them don’t provide any type of online services. And the quality becomes questionable. For example, customers file complaints about half of the purchased fitted kitchens,” Professor Timo Renz from the consulting firm Wieselhuber & Partner explained the problems of the furniture industry in Spiegel.

Although Polish exporters do not always exhibit the origin of their goods in Germany, in some fields they managed to overcome stereotypes and the goods originating from Poland are no longer associated with quality lower than German products.

„The reasons for our cooperation are clear: we represent the same values. These are honesty, integrity and commitment to the highest quality, both on a daily basis and during the game,” – this is how footballer Philipp Lahm explained his participation in the advertising campaign of a Polish window manufacturer.

Hiring the captain of the world champions from 2014 and the lynchpin of Bayern Munich was a great move. Few people better embody the values that are so important for the Germans. The advertisement of the company Drutex where Lahm appeared together with the icon of Italian football Andrea Pirlo and a Pole – Jakub Błaszczykowski – could convince many Germans that the advantage of products from Poland was not only the price but also the quality.

A symbolic example of these changes is also provided by the automotive industry, which has the status of a national treasure in Germany. The success of the buses manufactured by Solaris shows that even in this sector it was possible to break through based on a good offer. Polish buses are already carrying passengers, among others, in Berlin, Hamburg and Hanover. There are regular announcements from other German cities that are buying bus rolling fleet from Poland. Solaris has already obtained a 10 per cent share in the German market and is successfully competing with such giants as Daimler or MAN.

In this competition the advantage of Polish companies is no longer the price but also quality and innovation. The Polish company was the first European manufacturer selling electrically powered buses. „Inventive Poles are showing us what the future might look like,” commented one of the German automotive news services.

In the industry using the latest technologies, the expansion of Poles is so big, that it forces German companies to fairly desperate measures. „We need government subsidies in order to cope with competitors from England, Sweden and Poland,” demanded the representatives of German companies producing computer games. Last year, the third part of the Polish game „The Witcher” sold over half a million copies in Germany. This is a result similar to those boasted by the creators of international hits such as FIFA or Call of Duty but well beyond the reach of German manufacturers. The most popular German game ‒ a farming simulator, which allows the player to become the driver of a tractor or a combine harvester ‒ sold many times fewer copies.

For the time being, German politicians are responding to these appeals with restraint. The highest public subsidy for this industry is EUR100,000 and it is awarded to the winner of the competition for the best German computer game. It should be noted that even though the same jury awards a prize for the best international game (this year it was won by Witcher 3), the creators from abroad do not receive any money.

The future of the Polish-German trade

Last year Poland recorded a surplus in trade with Germany for the first time. It reached over EUR8.5bn. After the first quarter of this year, the Polish exports exceeded the imports from Germany by almost EUR3bn.

„Which countries will be the biggest competition for the German economy in 20 years?” was an essential question in the poll which the German Society for Quality (Deutsche Gesellschaft für Qualität, DGQ) conducted two years ago among more than 1,200 German companies. China, Poland and India are the countries which will increase the quality of their products the most, according to German entrepreneurs. In the case of Poland, this opinion was expressed by as many as 38 per cent of the respondents. At the same time 28 per cent of them assessed that during that time the quality of goods from Germany will improve. It may therefore turn out that goods marked „Made in Poland” or „Hergestellt in Polen” will continue selling better and better. 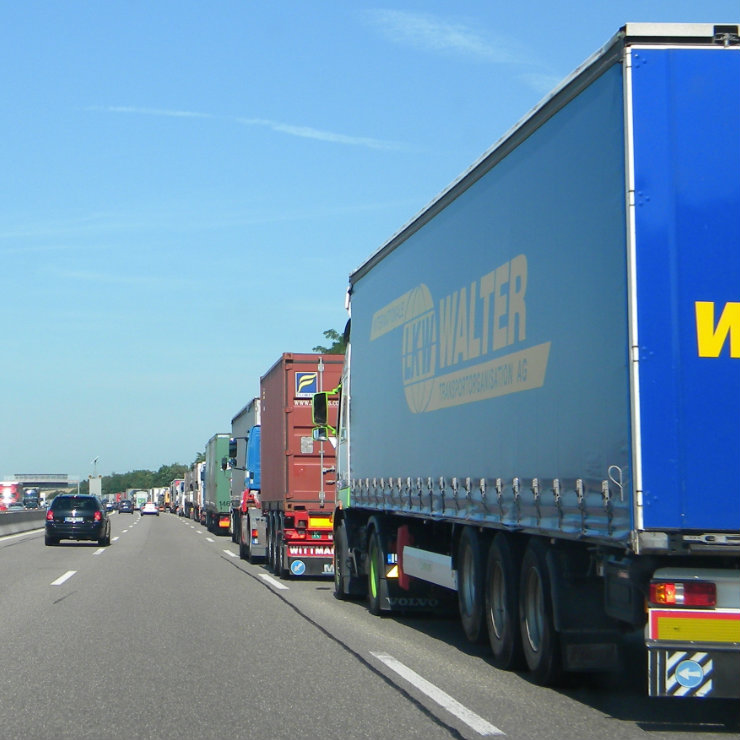