11.12.2017
More than three-quarters of manufacturers operating in Poland assess their situation positively, and 59 per cent assume growth in their strategy for the coming year - these are the conclusions from the KPMG survey. 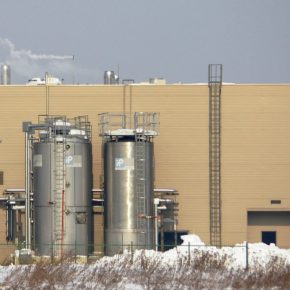 Manufacturing companies operating in Poland are an important pillar of the economy. As many as 29 per cent of all employees work in this sector. Manufacturing enterprises are responsible for approx. 16-18 per cent of Poland’s GDP and this share is increasing each year.

According to the KPMG survey “Investments of manufacturing companies operating in Poland”, as many as 76 per cent of manufacturing enterprises assess their situation as good or very good. Only 2 per cent of the respondents defined the condition of their company as bad. Almost 60 per cent of assume growth in their strategies for the coming year.

“For the majority of the surveyed manufacturers, the priority will be to increase their market share, enter new markets and introduce new products. Only 8 per cent of companies forecast a reduction in the scale of their activity. At the same time, most of the surveyed companies acknowledged that the political and economic changes taking place in the EU countries have an impact on their growth prospects,” says Rafał Wiza, a partner and the head of the private equity team at KPMG Poland.

“These data show the importance of the manufacturing industry for the Polish economy, especially since last year this sector has maintained its growth despite a general decline in investment outlay in the economy and the industry as a whole,” says Anna Sińczuk, a partner in the Tax Advisory at KPMG Poland.

The total investment outlay of manufacturing companies in 2016 amounted to EUR11.3bn. The chemical and electrical machinery sectors and the food industry invested the most in terms of value.

Over the past four years, foreign markets have become more important for Polish producers. The countries of Western Europe and of Central and Southeast Europe are invariably the most popular – respectively, 74 per cent and 59 per cent of the surveyed companies are present on these markets. However, entrepreneurs are also more frequently opening their agencies and factories in more geographically remote markets. It is worth noting that half of the companies intend to increase their share in the markets of Asia and the Pacific and in North America.

Africa and South America are becoming more popular among manufacturers. Compared with the results of a similar KPMG survey carried out in 2013, the number of companies operating in these markets increased by 5 percentage points and 6 percentage points, respectively.

“The companies from the chemical, electrical machinery and metal industries operating abroad are the most active. The food industry, metal industry and the chemical industry are the most expansive. They are developing very dynamically, and the vast majority of them are planning to expand their activities both on the domestic market and on foreign markets,” says Rafał Wiza.

According to KPMG, manufacturing companies will invest mainly in machinery and equipment, i.e. assets enabling them to increase production capacities and sales levels. In the coming 2-3 years, 27 per cent of respondents are planning to invest in new production plants. The vast majority of companies want to open their plants in Poland (78 per cent of those manufacturers planning to open a new plant). Proximity to key European markets, improving infrastructure and still relatively cheap and well-qualified workforce are the most important advantages which encourage companies to invest in Poland. Every tenth company is planning to open its plants abroad, and 9 per cent of entrepreneurs are considering opening new facilities both in Poland and in the foreign markets.

“The sector most focused on foreign expansion is the food sector, where almost every fifth surveyed company plans to open a plant abroad,” says Kiejstut Żagun, a director of the Tax Advisory Department and the Head of Grants and Incentives team at KPMG Poland.

A significant part of the financial outlays of the surveyed companies will be allocated to investments in machinery and equipment. More than 60 per cent of manufacturing companies declared an increase in expenditure on fixed assets, and 52 per cent intend to implement important optimizations or changes in their business processes during the coming year. The companies are also planning to invest in human capital. As many as 50 per cent of the surveyed entrepreneurs forecast that in the whole of 2017 the employment level in their companies will be higher than in the previous year. The increase in employment is frequently estimated at about 10 per cent.

The highest percentage of companies planning to increase employment operate in the metal industry (63 per cent of companies) and in the chemical industry (60 per cent). Compared with the results of the survey carried out in 2013, it is clear, that manufacturing companies are for the most part geared towards an increase in employment, whereas four years ago they were mainly focused on maintaining the existing number of employees.

In the first quarter, the average number of people employed in the manufacturing sector was 2.265 million, and taking into account the current trend this number may increase even further.

“The average remuneration offered in manufacturing companies is slightly lower than in the economy as a whole and amounts to 94 per cent of the average remuneration in the whole of the industrial sector and 98 per cent of the national average salary. However, in the last several years the annual average growth rates of wages in manufacturing companies were higher (4 per cent per year). In 2016, the average gross salary in this sector was EUR965,” says Anna Sińczuk, a partner in the Tax Advisory Department at KPMG Poland.

One of the greatest problems faced by manufacturing companies is the difficulty in finding suitable employees. The most sought-after workers are production workers (81 per cent of companies want to hire such people), engineers and highly qualified specialists (58 per cent).

Limited access to specialized personnel is a relatively new situation for Polish companies. In order to solve this problem, companies will have to show initiative and make an effort to reach out to potential employees, e.g. through cooperation with vocational schools, technical schools and universities. At the same time, entrepreneurs will be forced to invest more in their employees.

The manufacturing industry employs almost every third person employed in Poland and as many as 85 per cent of those employed in the production sector. After a slight decrease in the number of employees in 2013, in the following years employment in manufacturing companies continued to grow at a higher rate than in the other sectors of the economy. The forecasts for the year 2017 are also optimistic.

Six out of ten manufacturing companies that participated in the KPMG survey will introduce or have already introduced new or significantly improved products this year. At the same time, as much as one-third of the companies will increase their expenditure on research and development. It is worth noting that investment in this area is mainly planned by very large companies.

The companies operating in the manufacturing sector in Poland are aware of the need to take a strategic look at the business aspects associated with the product base; they see opportunities for growth and development through the introduced innovations and the improvement of their products.

“Most companies will spend over 10 per cent more than in the previous year on research and development, whereby in the case of approx. 9 per cent of the surveyed companies, this expenditure will be at least twice as high. It’s also worth noting the fact that every third surveyed company plans to increase employment in the area of research and development,” says Kiejstut Żagun.

One-fourth of respondents indicated that they were planning to implement the solutions that are a part of the Industry 4.0. The surveyed companies are the most interested in modern manufacturing systems (58 per cent of respondents), robotics (52 per cent), Big Data and real time data analysis (32 per cent), and cyber security (26 per cent).

According to the answers given by the manufacturing companies, the enterprises are eager to benefit from the investment incentives offered by the Polish state. Such instruments were used by 41 per cent of the surveyed companies in 2016, and 56 per cent have already used them or are planning to use them in the current year.

Less than one-third of the surveyed companies pointed out the difficulties which could adversely affect the scale of investments to be made in the coming year. The investment barriers for manufacturing companies that were listed the most often include red tape and excessive administrative requirements, as well as risk associated with the economic situation in Poland and abroad. The events of the recent months in Europe and in the world mean companies are operating in conditions of increased uncertainty. 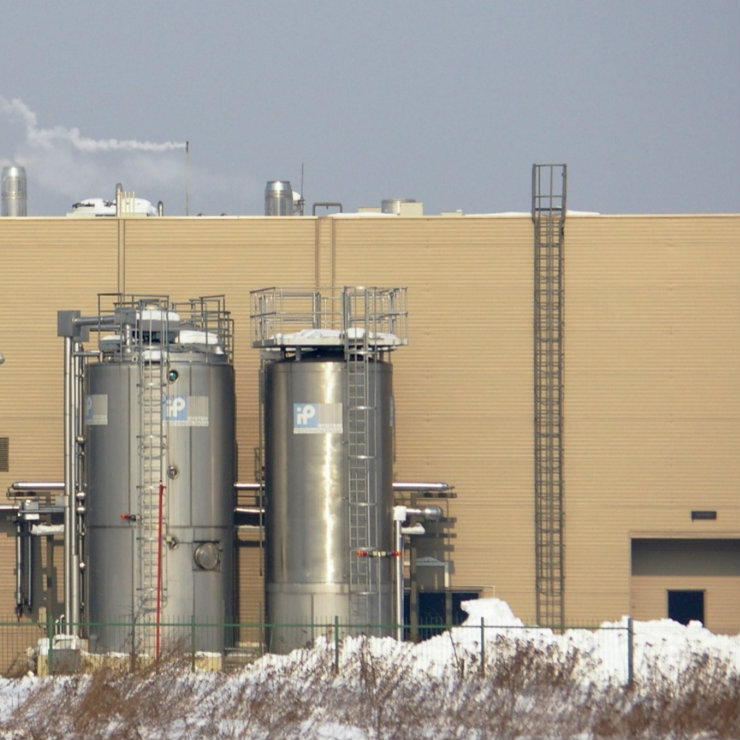