20.04.2018
Danube is one of the great European rivers, navigable from Kelheim to the Danube Delta in length of 2415 kilometers. The channel Main-Danube makes a river connection between North Sea, using Rhine and Main, and the Black Sea. 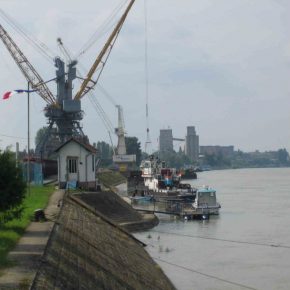 But, while Rhine is the most important European river waterway, with more than 300 million tons of goods shipped in 2000, Danube has seen a huge drop between 1980 and 2002; from 90 to 30 million tons. This was caused by the political changes in the Eastern Europe and economy transformation, which made changes in the transportation with an increase of road traffic and decrease of river shipping. The war in Croatia between 1992 and 1995 was followed by the UN embargo, which caused a huge drop in river transport. Between 1999 and 2002 Vojvodina’s infrastructure was hit by the NATO aircrafts and many bridges in Novi Sad were ruined, further blocking the easy passage.

In Croatia, the most important Danube river port is Vukovar. The town endured heavy destruction during the war in 1990ies and its importance of transport dropped. After the renovation, the town’s harbor has risen once again. It is situated on the right bank of Danube, which is very important as this bank provides sailing stream year-round. According to the European agreement on main internal waterways, Vukovar’s port enjoys a status of an international port, but still brings no profits. Currently, it employs only 70 workers, who have salaries below the country’s average. Its capacity allow between 1.2-1.5 million tons of goods transport annually, but in the last few years it succeeded to transport only some 200-300 thousand tons. It is a far cry from the times of former Yugoslavia. In end of 1980ies, Vukovar had 1,2 million tons of goods shipped through its port.

Until 1991 the goods came from Russia, Ukraine and Romania, and were mostly reserved for Bosnia and Herzegovina, mainly for Lukavac coke and Zenica Ironworks. Vukovar’s port imported coal and exported iron goods, such as bars, plates and concrete iron. A significant share in exports was bauxite, which came from the then working mines in Bosanska Krupa and Vlasenica, for the aluminium industry. For many years, the port was loading the iron ore, which came from combined transport from Brazil to Austrian steel mills in Linz. But due to the situation in Bosnia, there has been a loss of traditional cargoes, such as coal, coke and steel, and on the other hand there are no cereals, another usual cargo from the Slavonian plains in Croatia.

In recent years, 50 to 60 per cent of cargo were artificial fertilizers export from Kutina Petrokemija, anthracite imported by BiH from the Black Sea ports, and transferring the cement from Sinj to Beočin, Serbia. There is also iron sheet, concrete iron, while grain is still making a very small percentage of cargo.

During the 1991-1996 war, the port suffered major devastation, the infrastructure and the superstructure of the port were completely destroyed. In the process of peaceful reintegration of Vukovar into the legal and economic organization of Croatia, which followed in 1997, the reconstruction of port facilities was launched. According to official data of Vukovar Port, the Government of the Republic of Croatia has invested approximately EUR5.5m through the financing of equipment procurement and reconstruction of existing capacities. In addition, the Belgian government donated two used cranes worth about EUR650,000. Today, the harbor works on 3.8 hectares, has four cranes, three operating railways for handling ship-to-shore transfer and loading and unloading of general and bulk cargo. The internal road system of the port is made up of the main port road, the circuit of time-consuming materials handling terminals, and the economical route of the container terminal, which provides access to the public road system for each terminal or facility. In intermodal European traffic Luka Vukovar d.o.o. has become the most important part of the crossing between internal European waterways, from the Danube across the Croatian territory to the Mediterranean, thus gaining immutable economic and traffic significance not only for Croatia but also for Europe.

The Belgian companies are very interested in investing in the Croatian internal waterways. Apart from reconstructing the major ports, they also think of new Danube fleet. The shipyard and specialized ships and luxury yachts should arrive soon at this tip of Croatia. The land has already been purchased in Dalj, near Vukovar, along the Danube River. It is a project with the initial phase value up to EUR10m. There is no such shipyard in the 900-kilometer radius. The long-term plan is not just the production of non-equipped boats but the production of ready-to-sell complete equipment in order to create a competitive and high quality Croatian product. Behind it is Birol Ernalbant, a designer and constructor of yachts that joins Belgian and Dutch investors.

Due to natural constraints, such as the depth of the river basin, important for the construction of ships of a certain size, the municipality and the Osijek-Baranja county have decided to position the shipyard in Dalj on the Danube. This is a great geostrategic position, because there is a two-week delivery of the ship to the Black Sea or to the north of Europe from this point. Excellent road connection is in the vicinity and Osijek Airport is nearby.

The investors opted for a market niche in which they would offer something different and innovative: it’s about green building, sustainable development, LNG. They do not plan a lot of ships but focus on four or five high quality and very expensive ships a year. Shipyard and shipbuilding pulls down a variety of subcontractors and activities closely related to shipbuilding and equipping, such as the manufacturing joinery, wood industry, hydraulics, mechanical engineering, interior decoration, nautical equipment, and suppliers of all necessary raw materials for shipbuilding.

If successful, the joint shipbuilding in Dalj and restructuring of the Vukovar Port will increase the Croatian participation in the Danube shipping. Croatia and Serbia were for years passive partners of this important European waterway, but an increase in investment may bring back the old glory of Danube. 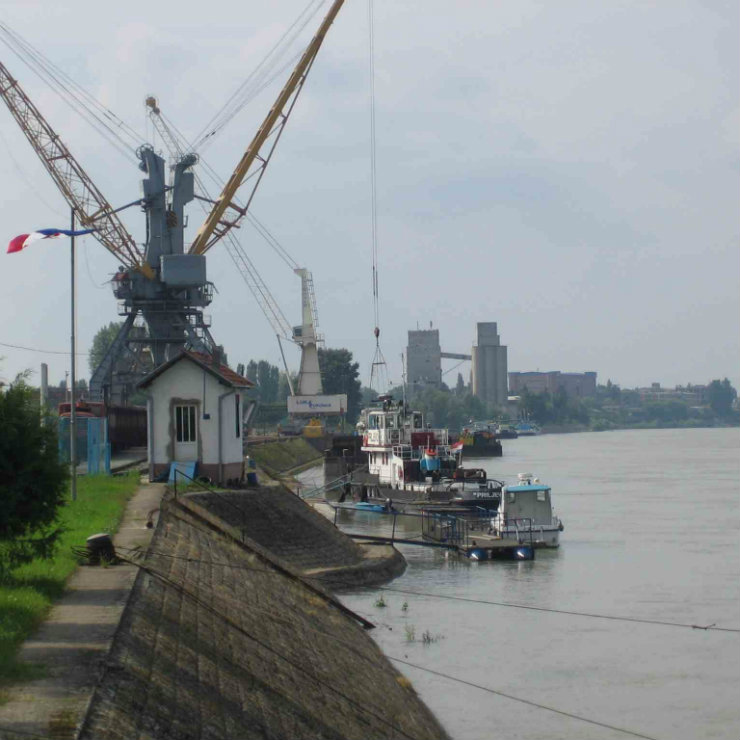