The future of Agrokor is between business and geopolitics

03.05.2017
Agrokor is not only a business venture. It is, as many companies in the Central and Southeast Europe, also a political issue. To understand the business part we have to look at the political relations. 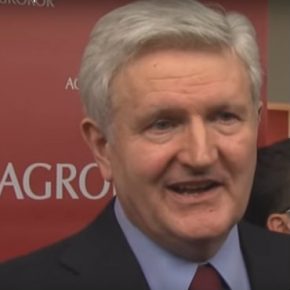 The central subject in the business world of the West Balkans for the last few months was the uncertain fate of Croatian Agrokor. This conglomerate of retail store chains and various food companies was driven to a dead end by strategically problematic and somewhat out of control investment ventures undertaken by its owner, Ivica Todorić.

The rise and fall of the company that brought Todorić a notable position on the Forbes list, much higher than that of any other businessman in the region, sums up all the elements of a typical post-transitional, post-Yugoslav business world: a venture that started with ties between business and politics, first in socialist Yugoslavia and later in Croatia, a privileged position on the domestic market, easy outings in the field of large foreign investment, and a downward spiral of generating new debt to service the old with falling revenues and diminishing profits.

The case of Ivica Todorić and Agrokor is interesting not only for depicting the faiths of many other medium or small companies in Croatia, Serbia, and other former Yugoslav countries, but also because of the sheer size of the concern, wide scope of its different economic activities, and curious political implications. The current financial restructuring of the company may affect tens of thousands of jobs in Croatia, and around 10,000 in Serbia. Apart from that, a potential bankruptcy of Agrokor would leave many creditors and investors, from smaller agricultural companies and food industries to larger investment funds, heavily affected.

The uncertain future of the concern

The crisis in Agrokor cooled down as the fiduciary of the Croatian government, Ante Ramljak, took the helm of the company. The next branch of credit, estimated at EUR150m, is expected to be granted in the next few weeks, thus enabling the company to function for the next 15 months, evading foreclosure. However, some experts view this intervention as not being sufficient and coming too late to save Agrokor.

It is still uncertain if Croatian government has a long term strategy for saving the country’s largest company. The position of the restructuring manager was briefly held by Antonio Alvarez, an expert from Alvarez and Marshal, known to the wider public by his musical talent as much as his professional results. However, shortly after assuming his duties, the man left Zagreb on bad terms. Russian Sberbank, Agrokor’s single largest creditor, denounced any claims of interest for appointing the new manager.

The only thing certain so far is that Ivica Todorić, the company’s founder and one of the wealthiest men in the Balkans, will not take any managerial position.

A financial bomb for the region

The events surrounding Akrokor are not entirely new to the West Balkans. World economic crisis of 2008 practically wiped out many Serbian businessmen, Miroslav Bogicevic, Zeljko Zunic, and Goran Percevic to name a few. Their reckless investment and aggressive expansion rendered them unable to service rising debts.

The thing that sets Agrokor apart from the aforementioned cases is the company’s sheer size. It gathers more than 60 subsidiaries, mostly in primary or secondary agriculture and food processing. Some of them, on the other hand, have no obvious connection to Agrokor’s main business, but were nevertheless acquired by Todorić during his investment fever.

In Serbia 3 per cent of GDP is tied to the Croatian giant. On home turf, the situation is even worse, with around 1/6 of the entire Croatian economy depending on Agrokor.

In total, Agrokor employs around 60,000 people. Having in mind the size and significance of the company, it is certain that Croatia will not let its largest firm fail, regardless of what different financial agencies may predict. However, willingness to save Agrokor should not be confused with willingness to save Todorić.

Politics ahead of business

Ivica Todorić has long been regarded as the master of puppets in Croatian business life. His personal successes during the transitional 1990’s were regarded as the national accomplishments by large parts of the Croatian public. The acquisition of Slovenian Mercator in 2014 was regarded as worthy revenge for the difficulties that Slovenia set before its southern neighbor during Croatia’s EU integration process.

The country’s political elites have supported Agrokor from the start, forming a unique network of political, financial, and social ties. Todorić was authoritarian on his part, owning 97 per cent of the company stock. The main qualification for many of his closest associates was the friendship they had with him and his father dating back to the 1970’s. Some, with no small degree of cynicism, view this fact as one of the main reasons of Agrokor’s present predicament. Inadequate corporate management based on the past century’s old-fashioned Balkan customs played a significant role as well.

However, the public image of Todorić eventually deteriorated. This was confirmed by some recent statements of Croatian state officials. Bozo Petrov, the leader of Most (Bridge) political movement, pointed out that the state will salvage Agrokor, but not its owner. Being a new man on the Croatian political scene, not entangled in Agrokor’s old networks, Petrov is in a good position to issue such statements. He even attended the premiere of the controversial documentary titled “Gazda” (The Boss), that deals with Todorić and his rise to power. Croatian media have begun to more freely report on Agrokors controversial businesses, contentious privatizations, and its privileged status in dealing with the state, topics previously seldom heard in the mainstream public.

One interesting point in the current Agrokor crisis is that many of its subsidiaries are solvent. Some of them offer interesting opportunities to potential investors, and may be sold in order to gather the funds necessary to service the main company’s debts. Dijamant Agrar, part of Agrokor’s Serbian branch, was sold last year to a domestic food producer Petar Matijevic.

Unfounded and reckless investment is behind many of Agrokor’s current problems. Two reasons as to why Todorić created the investment/debt bubble could be identified. The first one is political: it can be stated with great certainty that Todorić did not always act on his own, and that some of his moves were orchestrated in accordance with the national interest of Croatia, primarily in dominating the region’s food market. The second reason is psychological: the possibility to fund seemingly unending investment ventures on credit proves to be all but irresistible for many a businessman.

The final straw was laid in June of 2014 when Agrokor bought the Slovenian retail chain Mercator. As noted before, it was initially regarded as a large economic success of Croatia, as well as a big political hit. For the first time, the majority of the company income (55 per cent) was generated abroad. However, the financial arrangement behind the acquisition was quite unfavorable. The price of EUR500m that Todorić paid for the company was shadowed by Mercator’s debt of over EUR1bn. Unable to fund such a large investment on his own, he took up a PIK loan (payment in kind) worth over EUR485m. The problem with this type of loan is that it has to be paid all at once, and the date of the payment is set for May 2018.

With debt constantly mounting, Todorić kept the illusion of a successful business for some time. In mid-2016 he announced that Agrokor would be listed on the London Stock Exchange in search for a fresh capital.

However, 2017 started with serious financial cracks. Consortium made up of four banks (BNP Paribas, Credit Suisse, Goldman Sachs, and JP Morgan) failed to reach an agreement with Agrokor and thus postponed the payment of short-term debt worth in excess of EUR500m. The company’s credit rating fell, along with its income (by 2,2 per cent), with rising financial expenditure (by 3,9 per cent). The value of PIC bonds decreased to below USD40m, from initial USD500m.

In 2015 alone, financial expenditure of Agrokor rose to EUR345m. Slow revenues pointed out a problem of solvency. The company used funds from its suppliers, short and long term creditors, to conduct its daily business. Average interest rate of 10,84 per cent was contrasted with profit margins of only 2,64 per cent. The share of Agrokor’s own funds in the company’s revenue fell to 14,5 per cent.

Such conditions are characterized by one big disadvantage: the income is variable, whereas the financial obligations are not. Agrokor’s markets are rather poor and static, with income steadily falling. Three months of diminishing sales are all it takes to put the company in the red zone of insolvency.

The combined debt of Agrokor rose to over EUR6bn with EUR1,5bn due to be paid in the next three years. Spending all of its yearly profit on interest rates, the company will not be able to gather such funds.

The future of Agrokor is between business and geopolitics

Since the beginning of the current crisis it was clear that Croatia will actively intervene in saving its biggest company. After the credit rating was lowered, the state-owned Croatian Bank for Development gave EUR48,3m to four different subsidiaries of the concern.

Zdravko Maric, former manager of Agrokor and current Minister of Finance in Croatian government, wowed not to let his former employer bankrupt. Combined with the aforementioned loan, he represents a strong statement on behalf of the state.

Croatian media have recently been shaken by speculation that significant geopolitical calculations are behind the fate of the company. Two Russian banks are among the largest creditors of Agrokor, owning 52 per cent of the company’s total debt and over 80 per cent of the bank debt. Some have speculated that Russians had intentionally invested in Agrokor in order to seize the company over time in order to bypass EU sanctions and gain an outlet for Russian export to the European Union.

The new management of the company is now on trial. The complexity of entangled political, international, financial, and business interests offers little room for any prediction as far as the future of Agrokor is concerned. 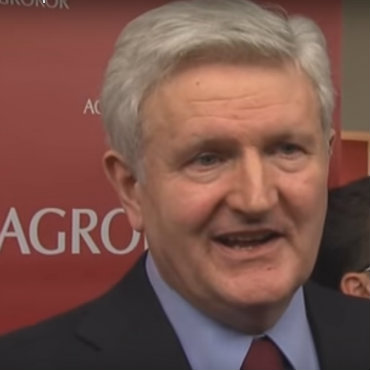