Farmers in Poland are not favorized

04.07.2018
Poland could become the biggest food supplier in Europe. Its agricultural and food industry is the only sector in which Poland really matters on the world stage, says Adam Koziołek, PhD and a farmer. 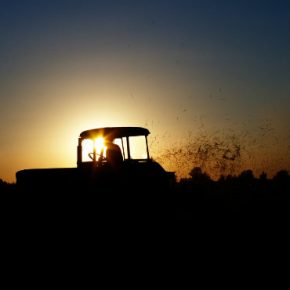 CE Financial Observer: Why does the Polish farmer, who has been receiving generous EU subsidies for over 10 years, still need support?

The draft of the new EU budget for the years 2021-2027 will reduce by 5 per cent financing of the common agricultural policy. According to the Polish Press Agency, the funds for Polish farmers will be lowered less – by 1 per cent, but other media are reporting that cuts may reach up to 20 percent.

I believe that there will be no such reduction. What is crucial for Polish farmers, however, is the equalization of the amounts of subsidies.

Even before the arrangements were presented in Brussels, the Polish Prime Minister Mateusz Morawiecki announced that the government was preparing its own support program for farmers. Is the sector so unprofitable that it needs subsidies?

Any decision of Brussels that changes the way in which farms currently operate in Europe will affect their operating costs. For example – there is a debate going on in the European Parliament regarding restrictions in the use of certain pesticides. If something changes in this area, then it is already known that this will change the financial conditions of the farming business.

The government’s program, as far as I know, does not provide subsidies, but involves changes in the Act on Agricultural Retail Trade – so that farmers will be able to sell their crops without intermediaries. That would allow them to keep the sales margin for themselves. But farmers are not getting any special treatment in Poland. After all, the government also supports other sectors: mining, steelworks, shipyards. In the last 20 years, Poland spent PLN150bn on support for coal mining, and I have never heard anyone asking whether supporting mining makes sense. So why are we questioning the support for the agricultural and food sector, which provides such a great contribution to the Polish economy?

So do farmers need government support?

Let me put it differently. According to the international report from McKinsey, by 2025 Poland may become Europe’s new growth engine – our country may become the largest food supplier on the continent. Poland is currently the largest poultry exporter in Europe, and one of the largest producers and exporters of fruits and vegetables. It’s the third largest producer of sugar and one of the biggest exporters of sweets. The agricultural and food industry is the only sector in which Poland really matters in the world. Therefore, a question should be asked in the public sphere whether Poland should be supporting a sector which accounts for 7 per cent of its economy, and which is the main industry driving country’s growth?

So is Polish agricultural and food sector already highly developed?

During the times of the economic transformation, we saw a dramatic divergence of the costs and prices in the agricultural sector. Since Poland has joined the European Union, the policy pursued is a return to normality. And it will take some time. German, Danish and French farms have developed since the end of the war, while Polish farms have only been undergoing these changes for the past dozen or so years.

According to data from Statistics Poland, there are over a million farms in Poland. What is the percentage of farms that can be considered agricultural enterprises, and those that are simply small, rural households, where people grow crops and farm animals mainly for their own needs?

Professor Walenty Poczta, from the Poznań University of Life Sciences, stated in his studies that only 130,000 farms in Poland replenish their capital, which means that they have a chance for development in the future.

And what about the rest?

That is a question to politicians – what will happen to the remaining farms? Do we want to leave around 100-150 thousand farms in Poland? This would completely change not only the structure of production, but also the structure of villages and rural areas. Or maybe we should strive to transform the countryside in line with the German or Danish model, where there are also medium-sized farms that shape the rural areas and whose impact on life in a given county is much greater than we think.

In Poland, we’re seeing an increase in the rural population, while the population in cities is decreasing. Poles want to live in the countryside, but they rarely realize that they do not owe their beautiful surroundings to Mother Nature alone. They are attracted by the well-groomed, varied landscape, and this landscape is cared for by farmers. But they don’t do it for free. The countryside in Hungary, the Czech Republic or Slovakia looks completely different, and it’s reduced mainly to large-scale farms.

No, of course not. There are about 300,000 farms in Germany. But in that country the consolidation of the agricultural sector started in 1945. Before that it was also highly fragmented, and even today smaller farms continue to operate in some regions. However, in Germany over 50 per cent of the arable land is leased – it was never sold. In Poland there was a much higher rate of land sales.

So what should be our target in Poland?

It is worth striving for a balance between large-scale farming and family farming. Looking from the point of view of the Polish tradition, but above all the economic capabilities, the farms that want to develop must have state support, and I’m not only talking about money. Let me give you three examples of necessary actions that cannot do without the state’s participation: agricultural education, consolidation of agricultural land, construction of infrastructure.

These are completely different areas of activity. Are they connected?

The consolidation of land is meant to increase the areas of cultivation. Small land parcels are a legacy of Polish history and such small fields are uneconomical. Land consolidation, simply put, is about enabling farmers to swap land as it were, combining small fields into larger ones. This requires significant land surveying work, however, because it is necessary to change the boundaries, the local plans, and above all, the infrastructure, for example, it is necessary to set out new dirt roads. This involves high costs. In other countries such activities are supported by the state.

What is the number of farms in Poland that would be optimal for the internal market, and would also enable becoming the aforementioned leading European food supplier?

One cannot answer this question with a single number. The role of agriculture, in my opinion, is greater than just producing raw material for the food industry. We have to take into account various aspects, for example, how much organic food will the Polish consumers want for their own use. The production of such food usually takes place in smaller farms. The second issue – to what extent Polish agriculture will be able to conduct direct sales of its products.

You’re not answering but raising questions. Does this mean that there is no strategy in Poland that would forecast the subsequent stages of the sector’s development?

That’s right, there is no strategy that would define what Polish agriculture should look like – for example in a decade – and what methods Poland should adopt in order to reach that stage.

Is the profitability of Polish farms increasing?

McKinsey calculated that the productivity of Polish agriculture is growing faster than in other country. The profitability is subject to large fluctuations, because it depends on the prices of products in particular sectors. For example, last year the profitability of the dairy industry was very high, because milk prices were high. This year is the opposite.

The entire agricultural and food industry is not operating in a vacuum. Without good quality raw materials available at a competitive price, there is no way for the industry to grow or make money. This is best seen in the meat industry, because in recent years the production of pork in Poland has dropped dramatically. There have been some cases where meat factories were on the verge of bankruptcy due to the lack of raw material. At the moment Poland is a net importer of pork. It imports huge amounts of pork, and this affects both the profitability of production and the prices in the stores.

The situation is completely different in the dairy industry – this branch has a very strong position. And it must be emphasized that the majority of this industry in Poland belongs to dairy cooperatives based on a domestic raw material base, which provide raw material of a competitive quality and price.

What – apart from the prices of the raw material – affects the profitability of agricultural activities?

There are two factors distinguishing agriculture from other sectors of economic activity in Poland. The first is the risk of producing in the natural environment, outdoors. This means a large impact of external (atmospheric) factors, over which we have no influence and which we cannot control. This is the only industry where you may fulfil all your duties and still end up with nothing.

The second risk factor is time. For example, the production of a single car takes, let’s say, two weeks. But if I sow rapeseed in August of one year, I will only harvest it in July the next year. During this time I can do nothing. I cannot respond to market changes, such as, for example, decrease of prices.

But there are certain financial tools that are meant to provide greater security in the sector – insurance, commodity exchanges, etc.

That’s right, but in order to use these mechanisms you have to be able to offer larger batches of the raw material. And here we get to the fundamental problem – the lack of cooperation between farmers. The company Danish Crown, which is a significant player on the global pork market, is a cooperative belonging to farmers. The company Nordzucker, one of the largest sugar producers in the world, is a joint stock company owned by farmers. Meanwhile, the Polish producers of sugar beets are to this day waiting for the implementation of the Sugar Act, which obliges the government to turn growers into the shareholders of the Polish National Sugar Company.

Could cooperation give farmers a better bargaining position?

Of course, but most of all, farmers could finally participate in the creation of added value. Currently, the majority of farmers in Poland only produce the raw material, while in the world the majority of farmers participate in the creation of added value in the phase of food processing. This is a decisive element for the development of Polish agriculture. In France, Denmark, Germany or Austria, most agricultural activities are carried out by agricultural cooperatives.

Cooperation of this sort is not one of Polish strengths. Are farmers interested in it?

Much like in the case of land consolidation, farmers are interested, but they need a stable legal framework and support for such activities. For the time being, however, there is no political will to pursue such activities.

What are the biggest challenges the agricultural sector faces in Poland in the next few years?

Apart from the ones I have already mentioned – adapting to changes, such as the reduction of pesticides, or increased food quality requirements. This in turn is associated with the introduction of new technologies in agriculture. We have to organize ourselves in order to ensure that the structural changes are keeping up with the changes taking place in the world, the development of technology and globalization.

Adam Koziołek, PhD, graduated the University of Göttingen. He is the President of the agricultural publishing house Polskie Wydawnictwo Rolnicze. He manages a 250-hectare farm in Poland. 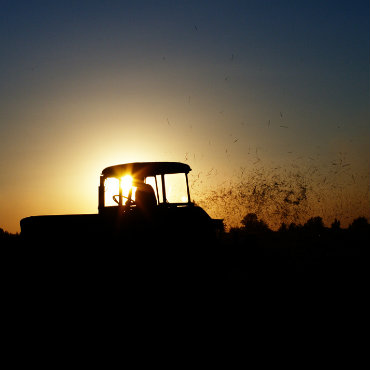