Croatia on a path to the Eurozone but with challenges ahead

09.08.2019
On its path to Eurozone membership Croatia has taken the important step of filing a formal application to join the EU's Exchange Rate Mechanism, or ERM II. But doubts whether introducing the EUR is a good or a dangerous thing exist. 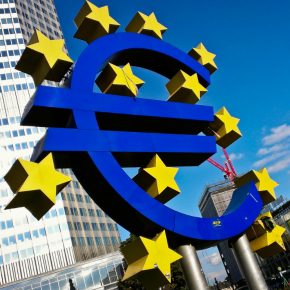 Now that a debate is taking place within the EU about its future without the United Kingdom, and that debate is moving even more in the direction of a multi-speed Europe, joining Schengen and the Eurozone has become imperative for Croatia. Croatia as a part of the Eurozone is also important for the EU, according to Brussels officials. It serves as proof that the Eurozone is still attractive for those who are not yet part of it, which strengthens the EUR as a currency.

The Minister of Finance Zdravko Marić signed and sent a letter of intent on entering Croatia into the European Exchange Rate Mechanism Two (ERM II) to the Governor of the Croatian National Bank (CNB) Boris Vujčić. Before that, National Council for the introduction of the EUR identified it as the future official currency in the Republic of Croatia. „In the letter we express our intention to enter the exchange rate mechanism, but at the same time we put on paper as an obligation what we will fulfil in the next year,” Mr. Marić told reporters after the meeting of National Council.

“There are 19 measures in six different areas,” said Mr. Marić, and outlined the most important segments — strengthening the capacity and quality of work of the Central Bureau of Statistics (CBS), preventing money laundering and terrorist financing, improving business climate, and improving business conditions through further reduction of parafiscal charges and the area of state property.

In about 12 months, it is expected that the measures defined in the letter will be delivered. Mr. Marić also pointed out that entry into ERM II is a step towards the introduction of the EUR, and Croatia will be in the exchange rate mechanism for about two years, during which it will test its fulfilment of the Maastricht criteria. „If the conditions for accession to the exchange rate mechanism are set in the middle of next year, the condition of two years of participation in the mechanism could be met in 2022. Assuming that Croatia will fulfil the so-called nominal convergence criteria, i.e. the Maastricht criteria, in the fastest scenario the EUR could be introduced in January 2023,” Mr. Vujčić said. He added that he did not have any predetermined dates or obligations, because Croatia should go step by step. Asked about the possibility of a referendum on the EUR introduction, the governor said that all EU member states, except Denmark and the United Kingdom, have pledged to introduce the EUR but may postpone their decision-making.

After the positive response of the Eurogroup (19 finance ministers of the Eurozone) to the Croatian letter of intent, it is time for a deep analysis of the importance and content of the letter of intent for Croatia’s accession to ERM II.

The first obstacle is tied to a well known limited capacities of Croatian authorities for what is collectively called „reforms.” Another type of obstacle concerns the political environment: how much opposition to the EUR introduction, and then to the reforms it carries, will become a lucrative political commodity first in the presidential and then in the parliamentary elections next year?

Obviously, the whole process could be stopped because of internal political reasons if the public’s pulse with respect to the EUR commitment moves away from the current 50:50 balance. Media have already reported on the generally positive tone that the Eurogroup responded to a Croatian letter sent on July 4th, 2019. In the response the Eurogroup wrote that Croatia has taken on „numerous commitments” and intends to undertake the necessary preparations for entering the ERM II exchange rate mechanism. After the ECB, with the participation of the European Commission, evaluated the implementation of the commitments that have been undertaken, the Council will decide on Croatia’s entry into the European Exchange Rate Mechanism.

Changes in the banking sector

In the Eurozone’s announcement the entry into ERM II will depend on the ECB’s decision on a close cooperation agreement with the CNB. The future agreement on close cooperation between the CNB and the ECB is of crucial importance since there is a banking union in the Eurozone. The Union is made up of the Single Supervisory Mechanism (ECB) and the Single Resolution Mechanism (Single Resolution Board) operated by the Single Resolution Board. The agreement on close cooperation between the CNB and the ECB immediately precedes entry into the banking community, in which the ECB is the chief bank supervisor. The ECB, on a consolidated basis, directly oversees the 119 largest, international banking groups in the Eurozone. Among them are banking groups that own five large Croatian banks that will come under direct supervision of the European Central Bank (which is now supervising their parent companies and groups on a consolidated basis). However, the CNB will not lose control over the leading banks because it will continue to carry out supervisory work with the ECB. Supervision over smaller banks will be to perform independently by the CNB, with ECB coordination and the rules that apply to the entire Eurozone. This is good because additional reviews can strengthen Croatian bank supervision and stability. As the rules are to a large extent the same for the whole EU, regulations and practices have been largely aligned and implemented in domestic practice. There are still some details that are also mentioned in the letter of intent: under the close cooperation agreement there is an improvement of the regulatory framework for managing macroprudential policies, harmonization of regulations and practices in the area of money laundering and statistics. These are all things that Croatia, in terms of applying the highest European or international standards, can only benefit from.

The Single Resolution Mechanism was established after the recent crisis, with the aim of reducing the cost of systemically important banks to taxpayers. Any eventual state aid must be returned to the budget after some time, so that the state at the end of the restructuring process will achieve surplus or positive zero. Remediation costs must be paid from the banks’ own funds. It also includes remedies funds in which banks pay each year an amount of 0.1 per cent of insured deposits, until the value of the fund is equal to 1 per cent.

Croatian banks pay these funds in a fund managed by the State Agency for Deposit Insurance and Bank Rehabilitation (DAB). Following the conclusion of the Agreement on close cooperation, this fund will join the Single Resolution Fund at the level of the banking union, which will bring Croatia into a Single Remedy Mechanism. The remedy fund should be distinguished from the deposit insurance fund that guarantees deposits up to the EUR100,000. The Deposit Insurance Fund continues to function as it has been so far. As in the case of bank supervision, Croatian supervisors also participate in the planning of restructuring through so-called colleges — joint working groups involving representatives of countries in which international banks have significant operations.

What has been described so far represents the most important element of the positive response of the Eurozone. This is a definitive and necessary condition for access to ERM II. But the necessary condition is not a sufficient one. Other elements of the Croatian letter of intent define a framework of sufficient conditions for Croatia’s entry into ERM II. The ECB and the EC will analyse them with equal attention.

Fair conditions can be divided into two groups, depending on the assessment of the political difficulties in their implementation. In a group of easy enough conditions, there are already defined rules that will enable macroprudential measures directed at debtors (e.g. limiting the amount of debt in terms of the value of the instruments of insurance or the debtor’s income), better AML (the registers of real owners of a company and an account), the group of measures and the strengthening of the independence and capacity of the Institute for Statistics. Although some of the above measures will lead to an increase in regulatory burdens, these are improvements that are unlikely to have a serious open rejection, as it will increase financial stability and reduce the risk of financial misuse.

What challenges does Croatia face?

In a group of tough conditions, there are measures that have been used for many years and were included in various government documents, the implementation of which is in the due process. Point 5 of the letter of intent encompasses the reform of the public sector, which is scaled down into four measures.

Among these is sale of minority (below 25 per cent) shares owned by the Republic of Croatia. There are at least 90 companies which were not declared as of strategic interest to the state. A list of „strategic” companies has only 40 companies, such as Croatian waters and flight control. But there are also companies that should not be considered as strategic — HPB (the largest bank) or ACI (the nautical tourism company). List of strategic companies prevents privatization or change of management practices in the state-owned firms. In some of these companies the state has a much stronger influence than what the stock structure shows (e.g. Podravka, the food processing company). Previous privatizations in the tourism sector divided property rights between the state and tourism companies. This hindered more significant investments in tourist capacities. Today, it is a matter of a deeper interest and a political issue. That is why the credibility of fulfilling this measure, including privatization, is questionable. Indeed, it is hard to believe that entering ERM II is a strong enough external incentive to change the essential element of the functioning of the Croatian political system, such as depoliticization and professionalization of public administration, through the reduction of the number of politically appointed persons in the central state administration. Establishment of a single legal framework for the functioning of public bodies and agencies is another important measure.

Point 6 of measures refers to business environment reforms. The implementation and extension of the previously known Action Plan to Enhance the Business Environment, should result from 100 measures to be implemented by April 2020. some of them include the abolition of parafiscal charges, liberalization of professions (engineering chambers) and the services sector (pharmacies , physical therapy), as well as digitization of the company’s founding process.

Finally, the impression is that the biggest obstacle to the process of not only entering ERM II but also introducing the EUR is weak information about the process itself. 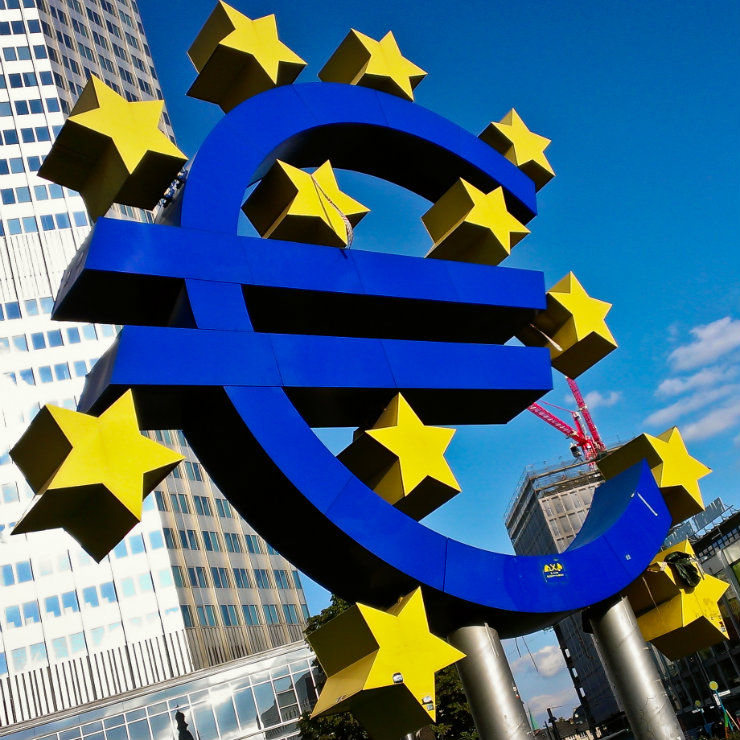 Category: Macroeconomics 20.07.2020
The Croatian government plans to make another step towards joining the Eurozone in the second half of 2020, following few exercises recently carried out by the European Central Bank and the relevant Croatian authorities. 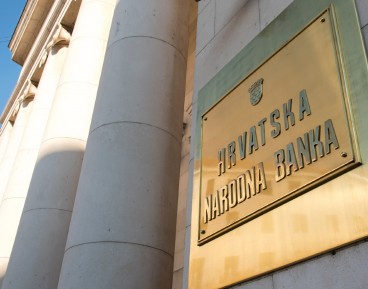 Category: Macroeconomics 07.09.2020
The EU is looking for ways to respond to the crisis caused by the pandemic, but the Eurozone is still far from becoming a fiscal union. In crisis Poland should be happy to be outside the Eurozone and to have independent central bank, said Ernest Pytlarczyk, the chief economist at Pekao Bank. 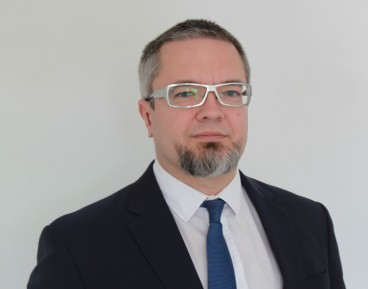