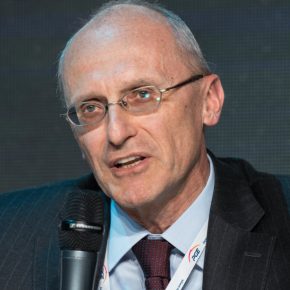 The European Banking Authority, established in 2011, is making sure that there are common rules, common supervisory practices and good cooperation within the Single Market as a whole (28 Member States). We need some stability in the institutional set-up. Efforts should be focused on completing the construction of the Banking Union and on making progress in the project of the Capital Markets Union. These mechanisms are essential if we want to have more integrated banking and financial markets that could support growth and job creation.

Let me remind that the banking union is an open construction: every Member State can participate even if it has not adopted the euro. But for the foreseeable future we will have a Single Market that is broader than the Banking Union and we will have to make sure that we maintain a common framework for banking regulation and supervision, supporting the integrity of the Single Market as a whole.

The EBA has been developing single technical rules, applicable to all banks within the EU (what we call the Single Rulebook), common supervisory methodologies and a framework for strengthened supervisory cooperation and joint decisions. Our work should make sure that the Single Supervisory Mechanism (SSM) of the ECB and other supervisors in the EU rely on a common framework and can perform their supervisory tasks in a harmonious way within the Single Market.

In case of tensions between home and host supervisors concerning the treatment of cross-border groups, we may perform mediation, with a view to coming to an agreement on the appropriate way forward. The EBA is strongly committed to ensuring that there is a close cooperation between the SSM and the other supervisors in the EU.

Is, in your opinion, the cooperation between two groups of countries sufficient?

We have made a lot of progress. Now we have for instance a common methodology for the Supervisory Review and Evaluation Process (SREP), common approaches for assessing risks and joint decisions process for cross-border groups in the colleges of supervisors. The landscape has already changed a lot in these five years since the establishment of the EBA, thanks to our efforts to improve supervisory cooperation.

But we have to be honest, there is still some way to go. There are still differences in the way national authorities apply the common rules in practice. But we developed a number of tools to ensure greater convergence in supervisory practices and in cooperation.

When will we know the results of stress tests?

We don’t have a precise date yet, but I hope we will be able to complete the exercise by the end of July.

Will the results be presented in the same way as before?

We are trying to stabilize the methodology of the stress tests. So ideally we would like to run approximately the same exercise every year with only a few adjustments to capture risks which are particularly relevant at the given moment. One new feature of this year exercise is that we will not have any more a pass-fail threshold.

Why did we do that? First of all because in the past there was a shared view amongst supervisors that there was not enough capital in the European banking system: the objective of the exercise was to boost bank capital levels and the pass-fail threshold was instrumental to that. We achieved our objective, as banks raised capital levels to pass the exercise. Now the capital position of European banks is much stronger, we have Common Equity Tier 1 ratio of 13.6 pct. at the end of December last year.

So the focus of the exercise has changed: our objective is to disclose comparable information on the resilience of European banks and to help supervisors identifying areas of vulnerabilities that may require follow up action. The results of the stress test will be to an input into the Pillar 2 assessment to be conducted by competent authorities in the second part of the year.

We will disclose a very significant amount of data, as we have done in the past. Last year, we disclosed up to 13,000 data points for each bank and we aim at a comparable amount of information this year. But certain aspects of the supervisory assessments would be disclosed  only to competent authorities, such as the Polish Financial Supervision Authority (KNF), the SSM, Bank of England and other supervisors.

Our exercise aims at allowing comparability across banks in the Union. The supervisors need to look at the specific situation of each bank under their responsibility, and use the results stress test to assess whether their capital position is commensurate to the risks. Hence there is a differentiation between the two perspectives – of the EBA and of competent authorities – but also great complementarity.

Many small European banks, such as cooperative banks in Poland complain about the lack of proportionality in the regulations. What are the possible solutions?

We have developed a very comprehensive set of reforms and we are convinced that the new rules are the right ones to put the banking sector on more stable basis. But we have to acknowledge that the new framework might be quite complex, especially for smaller banks with simpler business model. We have already tried to apply what in European jargon is called proportionality, to have rules which are proportionate to the business model and the systemic relevance of bank.

For instance, our reporting framework envisages that smaller banks have to send to their supervisors one tenth of the information requested to the largest banks. Yet, we have to ask ourselves if we have done enough in this area. We are now conducting a review to see whether we can enhance the proportionality in some areas, as we are aware that compliance costs for small banks have increased.

There is a very controversial regulation in the Payment Services Directive 2 – the access of third party providers. When we will know the technical standards for PSD 2?

There is a specific timeline for each guideline and each standard. The bulk of our work should be completed by the time the PSD 2 enter the operation in early 2018. There is an exception concerning one of the most important set of standards which is the one on security and access to the information by third party providers and on the interaction between third party providers and banks. It will have to be finalized by the EBA by the end of 2017 but will enter into force only 18 months after its endorsement by the EC, so not earlier than in autumn 2018. But we have already started engaging stakeholders.

There is a heated debate on this topic. Does it hinder the decisions?

We have already issued a discussion paper in December last year and received a huge amount of responses. Indeed there is a lot of interest. On the base of these responses, we are now developing the draft consultation paper and we plan to go into consultation in the second part of this year. After another round of discussions we plan to finalize the standard by the end of next year.

What is needed to finalize solutions for the resolution of banks?

The EBA has already finalized a good number of important standards and guidelines in this area: on the criteria to assess whether a bank is failing or likely to fail; on the different valuations to be conducted in order to guide the resolution process; on recovery and resolution planning, to guide joint decisions of resolution authorities for cross-border groups; and, most importantly, on the so called MREL, minimum requirement for own funds and eligible liabilities, i.e. the amount of loss absorbing capacity that the banks should have in order to avoid in the future that the only option available in case of a bank crisis is to bail it out with taxpayers’ money. We are already very advanced in the area of resolution.

What remains to be done is the implementation of the standard of the Financial Stability Board (FSB) on TLAC (total loss absorbing capacity) for global systemically important banks. This might require some adjustments in the legislation at the European level and the European Commission is working on the issue. We have already taken into account the FSB’s recommendations when developing our standards, so I don’t think that there will be a need of a major overhaul. 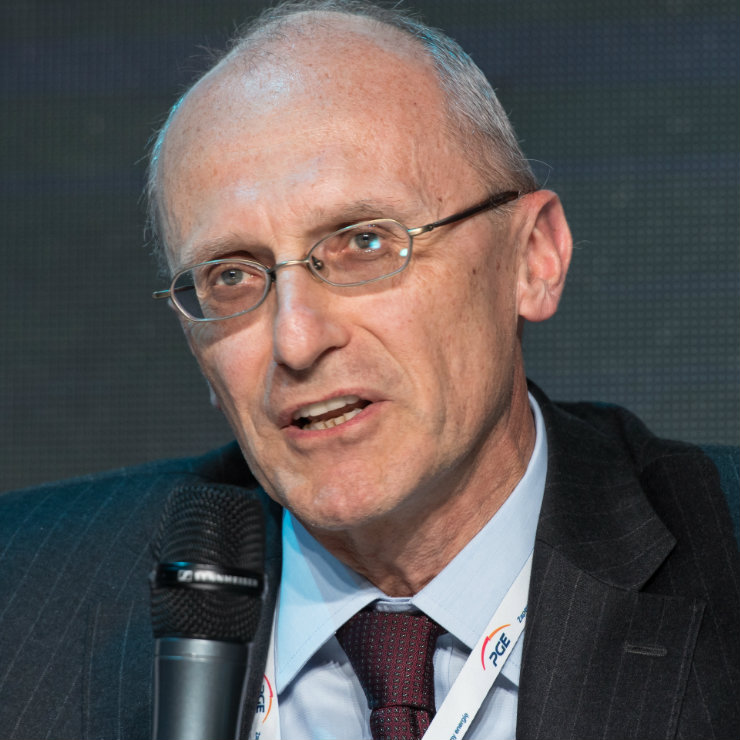 Banks are struggling under the pressure of rising costs

Category: Financial markets 19.02.2019
The Polish banking sector is feeling the pressure of rising personnel costs and costs related to IT investments. Burdens are growing while the rate of return on equity declines, thus the consolidation of the sector may accelerate.