28.01.2022
Having a national currency can make it easier to pursue national economic objectives. It can also be useful in dealing with emergencies, and it protects citizens from possible problems in being forced to use foreign currencies. It is part of sovereignty. 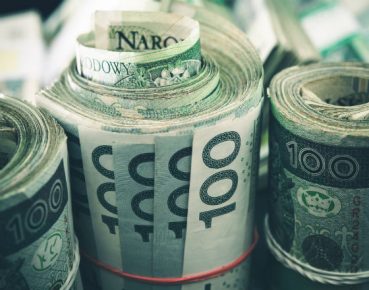 The financial crisis and the coronavirus pandemic have put immense strain on monetary and financial systems everywhere. Perhaps it is time for more countries to review their currency arrangements, and reconsider the costs and benefits of national currencies, just as they did with national airlines a few decades ago.

A fixed exchange rate, membership of a monetary union, or the adoption of a foreign currency as the national currency denies a country the possibility of having its own monetary policy. The theory of optimal currency areas pioneered sixty years ago by the Canadian economist Robert Mundell emphasised the risk that this would hinder the use of domestic economic policies to contain inflation and prevent unemployment. So why have some countries given up their currencies, or joined monetary unions? Those which have done so have generally been small, open economies, which cannot derive great benefits from an independent monetary policy. Some micro-states lack the means to support an independent currency. Others have failed to manage their own currencies adequately and have had no choice but to accept that foreign currencies dominate domestic transactions.

In the past fifteen turbulent years, inflation has not been a widespread problem, at least until very recently. Monetary policies have been taken to extremes to prevent deflation and depression. Simply reducing short-term interest rates was not enough after the financial crisis, and central banks embarked on asset purchase programmes of differing kinds: some bought government securities only, some also bought privately-issued securities, and the Swiss central bank bought foreign assets. The diversity reflected national circumstances and the preferences of the central bankers concerned.

It has not been an easy time for co-ordination of monetary policy among central banks. In the euro area, where co-ordination is mandatory, there have been persistent tensions among the member countries. Although unemployment has generally fallen in the euro area, in some countries it is still a serious problem, notably in Greece where in 2019 (before the pandemic) it was 17.3%, Spain (14.1%) and Italy (10.0%). The figures for unemployment among young people are even worse. The European Central Bank has pursued highly expansionary monetary policies throughout the period, but the high-unemployment countries have not been able to devalue their currencies, and their fiscal policies have been constrained. It is debatable whether devaluation would have helped other than temporarily, but it is not surprising that there has been some disaffection with the common monetary policy, both in those countries and in countries which are more concerned about inflation risks. The tensions within the euro area have been managed effectively so far, but their underlying causes remain.

Although there has been no formal co-ordination outside the euro area, it appears that central banks have learned from each other, or perhaps they have been guided by the same ideas. The coronavirus pandemic may be regarded as a case in point. Although the medical policies pursued by governments have been largely national – e.g. international travel restrictions within the European Union – central banks have generally followed similar expansionary policies, because their analyses of the economic implications of coronavirus were broadly similar. Equally, they generally seem to have been surprised by the recent global upturn in inflation.

As regards Poland, macro-economic policy has been extremely successful over the past three decades. Growth has been sustained, even during the financial crisis. Unemployment was high during the post-communist transition period but has now fallen to 3%. Inflation has been subdued since the beginning of the 21st century, until the last few months. The exchange rate between the złoty and the euro has fluctuated quite widely at times: for example the złoty depreciated by 47% during the financial crisis between the end of July 2008 and the end of March 2009. The depreciation caused Poland some problems – for example it led to a temporary rise in inflation and caused distress to those who had foreign currency mortgages. But if Poland had been a member of the euro area at that time, the market pressures that led to the depreciation would have had to be expressed in some other way, which would have caused other problems. Economic growth would have been weaker, for one thing. And financial flows would have been disrupted: Polish banks might have suffered outflows of funds and Polish companies might have found it harder to raise funds. So Poland can be happy that it has remained outside the euro area.

For one particular country, maintaining a national currency has presented serious problems, which have been problems of success rather than failure. Switzerland has faced repeated surges of international demand for Swiss francs over the past half century. In dealing with them it has had to compromise between two evils. One of the evils is the appreciation of the exchange rate to a level which endangers the survival of productive activity in Switzerland. The other evil, if the appreciation of the exchange rate is resisted by central bank purchases of foreign exchange, is the accumulation of an enormous amount of collective financial risk represented by the international assets of the Swiss National Bank, which currently amount to a whopping 138% of Switzerland’s annual gross domestic product, and are financed by the Swiss-franc-denominated liabilities of the central bank. Mark-to-market losses occur when the Swiss franc appreciates, and they have at times disrupted the public finances of the Swiss Confederation. The Swiss National Bank has in practice alternated between the two evils: there have been periods in which it has allowed the franc exchange rate to float freely, and periods when it has intervened in the foreign exchange market to restrain the appreciation of the franc. It has not been possible to pursue a consistent policy.

For Switzerland, then, an independent currency has not provided the benefits that Mundell expected: it has not made it possible to conduct a monetary policy directed at domestic objectives. Swiss citizens might reasonably wonder whether the benefits of maintaining a national currency exceed the costs. They can, of course, take some satisfaction that they receive seigniorage on the currency in issue, but interest rates in Switzerland are very low, so the amounts are currently very small. But what alternatives do they have? Joining the euro area would be legally impossible, since Switzerland is not a member of the European Union, and even if it were possible, it would in any case put Switzerland into the same position as Germany and the other creditor countries in the euro area: it would soon acquire unwanted large credit balances on its Target 2 account with the ECB, which would represent financially-risky exposures to the debtor countries. Controls on capital inflows have been tried in the past but proved unequal to the task. Something more radical would be needed, such as the abolition of the national currency and the adoption of one or more foreign currencies as the national currency or currencies of Switzerland (i.e. the currencies in which taxes could be paid). The Swiss National Bank’s balance sheet could be liquidated, perhaps by converting Swiss franc deposits into shares in a fund comprising the bank’s assets, which could be sold. The Swiss National Bank would cease to be a bank but would continue as a regulatory agency.

Such a change would rescue Switzerland from the dilemma that has plagued its monetary policy for half a century. It would be irreversible. No country which abolished its own currency in this way could recreate it in a short time. In a sense, giving up a national currency is giving up a bit of sovereignty, in a number of ways:

The coronavirus pandemic has been a global emergency. Countries which lack their own currency, like those which cannot borrow enough in their own currency, have had access to foreign currency financing in international markets at unusually low yields, to credit from the International Monetary Fund, and in the EU to funds provided collectively. Their loss of monetary sovereignty has not mattered, because there has been an international consensus on coronavirus policy. That will not be the case with every emergency. 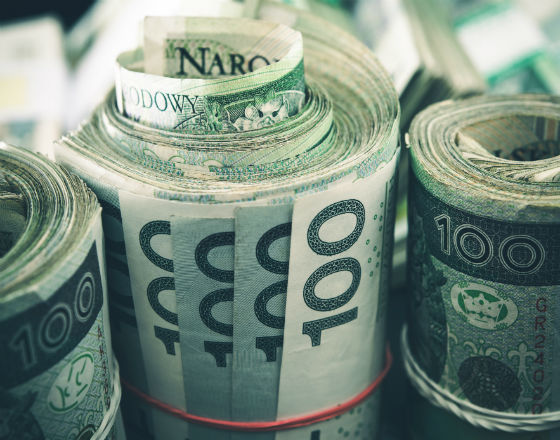