Russian banks strong enough to survive the US sanctions

17.05.2018
According to credit rating agency Fitch, Russian banks are in a position to absorb credit losses stemming from exposure to individuals and firms targeted by US sanctions. 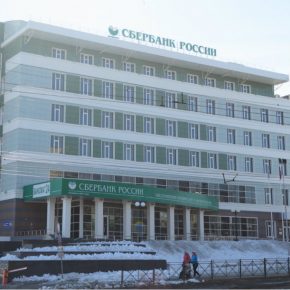 The credit rating agency also said that it expects no immediate rating impact on the Russian lenders. However, it also warned that selling the toxic assets may be difficult without significant losses. According to Fitch the most endangered Russian bank is Sberbank. Credit Bank of Moscow and Sovcombank have less exposure to the sanctioned entities of about 10 per cent of equity. Russian Agricultural Bank, Alfa, Tinkoff, Citi, Rosbank, UniCredit and Raiffeisen have no exposure to so-called Specially Designated Nationals (SDNs).

Fitch’s analysts estimated that Sberbank’s exposure to Specially Designated Nationals targeted by the latest round of the US sanctions totaled about USD11bn or 20 per cent of its equity. Russia’s largest state-owned bank is thus facing the largest risk of being indirectly affected by the US sanctions out of all Russian banks. This is due to the fact that no other Russian bank, with a possible exception of the country’s second biggest VTB Bank, is able to take on such big clients as the sanctioned Rusal.

Rusal, the world’s second largest aluminium company, has suffered a major blow to the stock value after its controlling shareholder, Oleg Deripaska was included on the US sanctions list. The sanctions bar American investors from doing business with Rusal. They also threaten companies outside the United States that cooperate with Rusal.

According to Reuters, Sberbank has USD4bn in Rusal debt on its books. On April 2018, Sberbank’s chief executive German Gref said that the bank has no immediate option to get rid of the Rusal debt. Gref added that Sberbank is not at risk from Rusal defaulting on the debt because the bulk of Rusal’s 27.8 per cent stake in Nornickel, a major nickel producer, was pledged as collateral on the debt.

Sberbank’s Gref doesn’t see any options for his bank other than to retain the Rusal debt. He said Promsvyazbank, a lender earmarked by the government to provide credit to sanctioned entities to shield other lenders from sanctions risk, was not yet fully operational.

“We’re assessing the whole situation. That takes time. Depending on that, we will come up with some considered solutions. For now, it’s physically not possible to undertake any actions. There are only one or two banks in the country that could take on such big clients,” Gref was quoted by Reuters. Gref added that, so far, Rusal has been servicing its debt without any problems, and that the company representatives had not turned to Sberbank for help.

According to multiple sources, the Russian government is seriously considering a partial nationalization of Rusal to help the company and other related sectors alleviate the pain inflicted by the US sanctions. Russia’s Prime Minister Dmitry Medvedev met with representatives of the Russian Union of Industrialists and Entrepreneurs to discuss this option. The Union’s president, Alexander Shokhin confirmed that such option is on the table.

“The possibility of the state buying part of Rusal’s shares to support the company can’t be ruled out,” Shokhin said RBK. “After all, the government is partly responsible for the current state of affairs. Russian businesses are punished for Russia’s misconduct in the geopolitical arena although they are not responsible for that. Nationalization is allowed by the Russian law as long as a fair financial compensation is offered,” Shokhin added.

That being said, the possibility of nationalization of Rusal remains a speculative matter. The official government line is that it is willing to help Russian companies affected by US sanctions by different means; primarily through government contracts and direct purchases of their products.

Despite the lack of certainty concerning Rusal’s future, the markets have reacted positively to the latest developments in both Russia and the United States. Trump’s refusal to impose more sanctions on Russia has allowed companies like Rusal to partially recover their lost positions. In April, Rusal’s Hong-Kong traded shares, which have lost more than 60 per cent since the sanctions were imposed, surged by more than 27 per cent, HKD1.81.

Moreover, according to Bloomber, Rusal officials met Chinese companies and traders to discuss the possibility of buying alumina and selling aluminium, hoping to make up for the company’s losses in western markets.

The situation around Rusal seems to have a direct impact on Sberbank’s capitalization. After it became clear that the Russian government is ready to rescue the struggling aluminium exporter, Sberbank shares gained more than 10 per cent. Apart from the market sentiments towards Rusal, several other factors have influenced the fluctuation in Sberbank’s market value.

“The sellout of Sberbank shares was driven primarily by some large, foreign funds fearing new round of US sanctions against the bank. After it became clear that this option is no longer being considered, the shares began to recover. The growth of Sberbank’s securities is also influenced by the strengthening of the ruble and the latest announcement about company’s dividends to its shareholders,” Aton analyst Mikhail Ganelin said Vedomosti.

On April 2018, the Supervisory Board of Sberbank recommended to double its dividends on its 2017 financial results to RUB271bn. This would amount to 36.2 per cent of the banks’ 2017 net profits. Only a year ago, Sberbank paid its shareholders a dividend of RUB6 per share.