31.05.2017
In early May of 2017, the Government of Serbia issued an executive act that regulates the privatization of the last state owned shares in domestic banks. 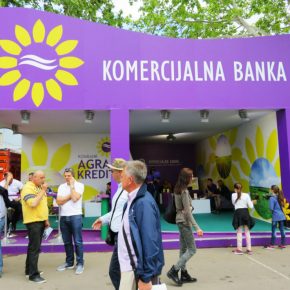 The timing of the move came as a bit of a surprise for some, but the general direction that the state is ending its presence in the banking system was widely expected. If everything goes in accordance with government plans, we will soon be witnessing the final days of state owned banking in Serbia.

Serbia’s banking system was heavily affected by international sanctions imposed on Yugoslavia in 1992, as well as the following hyperinflation, with the majority of the largest banks of the former country never recovering from the crisis. One of the first and most controversial transitional reforms implemented after the regime change in the year 2000 was that of the banking sector, with bankruptcy and liquidation besetting the vast majority of still operating financial entities. The impact of such drastic changes was balanced by foreign capital investing and buying off the majority of shares in the still solvent domestic banks, as well as opening and operating entirely new financial enterprises. Thus a new banking system was gradually formed, one dominated by large international banks, as well as a few domestic ones still operating with a profit.

How much does the state own?

However, banking system reforms in Serbia are far from complete. According to the National agency for deposit insurance, as of 2017 there are still 15 stated owned banks in the liquidation process, some of them bankrupt for more than 20 years, with only 5 state owned banks successfully liquidated. The old Yugoslav giants such as Beobanka, Jugobanka, and Beogradska Banka are still not legally terminated, with unregulated debt and obligations towards legal entities and private individuals.

In 2012 another banking crisis, known as the Agrobanka affair hit Serbia. Three state owned banks, Agrobanka, Razvojna banka Vojvodine (Development Bank of Vojvodina), and Privredna Banka filed for bankruptcy, leaving the state with more than EUR800m of debt and financial obligations. The pressure from international institution, such as The World Bank and the IMF, but also from domestic experts and general public grew, forced the government to start looking for a final solution of decades long problems regarding Serbia’s financial sector.

In the National Bank of Serbia’s register of banks operating in the country, there are 31 such entities, out of which 7 are still partly owned by the state.  Two of them, Poštanska štedionica and Srpska Banka have the absolute majority of their stock owned by the state, followed by Komercijalna Banka and Čačanska Banka (Turkish Halkbank bought the majority of shares in 2015, and the state together with EBRD are minority shareholders). The next in line are smaller regional banks, namely Credy Banka, PB Agrobanka, Privredna Banka Beograd, and Jubmes Banka.

The largest and the smallest banks

The largest and most important of the aforementioned enterprises are Komercijalna Banka and Poštanska Štedionica. Both have high rates of solvency, as well as reputable capital adequacy ratios (CAR), more than twice that of the legal 12 per cent requirement. However, both have recorded a net loss of more than EUR114.1m combined in 2016 (EUR65.2m for Komercijalna Banka and EUR51.3m for Poštanska štedionica). Komercijalna banka seems to have bounced back in 2017 with reported profits of more than EUR19.6m in the first quarter, more than EUR8.2m higher than projected by the new managment overseeing the bank’s reorganization. Poštanska Štedionica seems to be doing better as well, with the National Bank of Serbia confirming its high solvency rate in the first quarter of 2017.

Out of all the aforementioned banks, Komercijalna Banka is by far the most attractive asset for foreign investment. Still counted as one of the two largest banks in Serbia with market share of 13 per cent its value vas once estimated at more than EUR1bn. However, following the financial crisis of 2008-2009, its estimated value has fallen, with some experts putting it as low as EUR250m. The next in line, Poštanska Štedionica, is considerably smaller, but it can boast with solid financial parameters, as well as a developed network of branches across the entire country.

The smaller banks listed above have both positive and negative qualities. Srpska Banka has an insufficient credit adequacy rate, a problem that may be solved by merging it with Jubmes Banka, which is itself burdened by the still unresolved question of Serbia’s total share in the institution partly owned by other former Yugoslav republics.

The government act regulating the sale of the state owned shares in banks has already become a subject of polarized interpretations and criticism. Some experts believe that an executive act is not the adequate legal form for resolving such an important issue, advocating instead for a law to be passed in the parliament. The law would provide a wider and more stable legal foundation and would better equip the state for the possible length of some of the prospective privatizations.

Others are questioning the very idea of selling the last domestically owned banks, at least in the present economic climate. The reconstruction of Komercijalna Banka during 2016 and rising profits made in the first quarter of 2017 are pushing some economists to advocate for a similar reform process to be implemented in the rest of the state operated banks, instead of a hastened privatization effort. Some experts are against privatization altogether, calling the state to establish a new development bank on the national level that would fund large infrastructure projects, as well as domestically owned private companies operating in those fields deemed strategically important for the Serbian economy.

The government act calls for the Ministry of finance to organize public tenders and submit the best received offers to the government in form of a non-binding proposal. The tenders are to be announced in at least one domestic and one foreign daily newspaper, with 21 days given to the interested parties to submit the required documentation along with a financial deposit. National Bank of Serbia will have a regulatory role in determining the financial stability and business reputation of prospective buyers. Final decision of sale will have to pass the government vote. 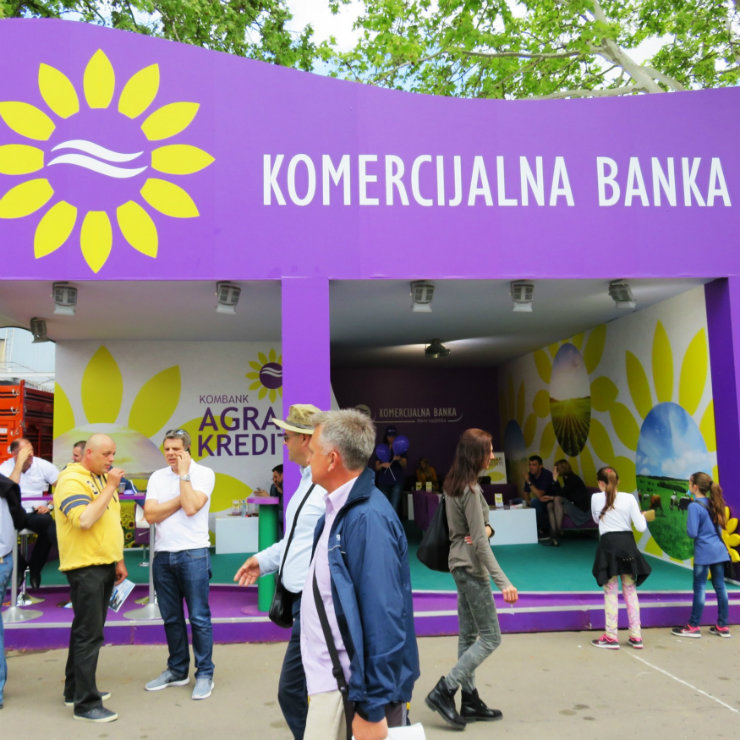