04.01.2017
Western ideas for the modernization of the Ukrainian economy are encountering growing resistance in Ukraine. It turns out that some of them do more harm than good. 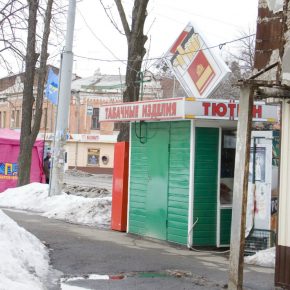 “You should have the political will to stop listening to the IMF too much,” Erik Reinert, a Norwegian economist and the author of the book “How Rich Countries Got Rich … and Why Poor Countries Stay Poor”, encourages the Ukrainians.

As years go by, the same errors are repeated

“What the IMF is doing with Ukraine today is very similar to what happened in Latin America in the 1980s. I’ve worked there a lot and I can recognize that imposed point of view, ‘if only we could manage to get an aid from abroad, we would be rescued’. This was also the thinking in Latin America and it was wrong as well. This is typical of the IMF and the World Bank,” argues Reinert in an interview with the Kiev-based newspaper “Den”.

“When I was living in Peru in 1979, the country’s economy collapsed. The only solution proposed by the IMF was to triple the petrol prices. And when the Peruvians did that, then in the conditions of free trade it turned out that all the milk which was produced in the Andes was poured into the rivers, because it was cheaper to buy powdered milk in the Netherlands. The IMF’s advice was pure madness. I have photos of farmers are pouring milk into the river, while in Lima it was impossible to buy good quality milk, because everything was made from the Dutch powdered milk. At that time I thought that this was a one-time mistake of the IMF’s system. Today, I see that nothing has changed since 1979,” says Erik Reinert.

He argues that as long as there is a symmetrical free trade, that is, the free trade between countries with more or less the same level of development, everything is fine. But asymmetrical trade, where you sell raw materials and import manufactured goods (like Ukraine does), is highly unprofitable to the country which is the producer of the raw materials.

“In the summer, the IMF admitted that they had made big mistakes in the case of Greece. You should ask the Fund what exactly these mistakes were, because it is possible that you’re making the same mistakes in Ukraine,” the Norwegian economist encourages the Ukrainians.

Looking at some of the ideas, not only the IMF ones, but also the European Union and the World Bank ones, it’s hard not to agree with him.

Will Ukrainians pay for Minsk?

The European Union and the World Bank are demanding that Ukraine raise the excise tax on cigarettes to EUR90 per 1,000 pieces.

“There are two basic reasons for such a decision. Firstly, thanks to the reduction of the economic accessibility of tobacco, the population will smoke less. Secondly, taxes will be increased in an area which has a lesser impact on the economy than the other sectors. An alternative to raising taxes on tobacco could be to increase payroll taxes, taxes on investments or general expenditures, which would negatively affect the growth of the economy,” argued Patricio Marques, a World Bank health expert. As a result, the price of a pack of cigarettes, which costs about UAH20 in Ukraine today, would increase by about 250 per cent.

Ukrainian citizens are supposed to pay out of their own pockets for the European Union’s problems with contraband cigarettes and the maintenance of order at its customs borders. Interestingly enough, according to the findings of the Russian “Novaya Gazeta” the increased contraband of tobacco in the European Union was caused by the West itself (and more specifically, Germany and France), and an increase in the excise duty in Ukraine will change little.

The increase in the quantity of smuggled tobacco products is the indirect result of the so-called Minsk agreements in which these countries forced Ukraine to accept, and to hand over a control of Donbass area to pro-Russian militias. The two factories that inundate the EU market with contraband cigarettes are located precisely in the territory remaining outside the control of the authorities in Kiev. One of them is operating in Donetsk, and the second one in Debaltseve, which Kiev handed over to the militias last winter under pressure from Angela Merkel and François Holland.

Trucks full of contraband cigarettes have to pass through the front line without being disturbed, and then drive through the whole of Ukraine to its western border. In this context the above mentioned journalistic investigation of “Novaya Gazeta” mentions Andrei Taranov, the Deputy Head of the Presidential Administration of Ukraine, responsible for cooperation with uniformed services and special services, who was killed in an accident in September this year.

“Cigarette smuggling to the Czech Republic, Italy and Germany increased. The contraband went through Mukachevo. It was protected by Viktor Baloha and Mikhail Lanio [Baloha and Lanio are Ukrainian MPs – editor’s note], whose duties included trafficking the tobacco and alcohol into Hungary,” describes “Novaya Gazeta”.

The issue of increased budget revenues due to raised excise taxes also looks vague. If we compare this to the situation with alcoholic products, then we should expect not only revenues but also production to fall, while the Ukrainians will continue to smoke like before, except that they will smoke black-market cigarettes which do not meet any quality standards.

Increases in the excise tax on alcohol in Ukraine have already led to a situation where – according to estimates – half of the production is black-market goods, and the tax revenues are falling rather than rising. In addition, the social costs are growing. Only in the past month, 200 people got poisoned and more than 60 died as a result of poisoning from poor quality alcohol from illegal distilleries.

You don’t need that forest

In October, the European Union once again demanded unconditional consent to the logging of Ukrainian forests. In exchange for the consent and the associated ecological disaster, the officials from Brussels are offering an EUR600m loan to Ukraine.

”We have provided Ukraine with the first tranche of macroeconomic assistance and we are waiting with the second one in the amount of EUR600m. In order to receive it, Ukraine must lift the ban on the export of unprocessed wood,” declared Hugues Mingarelli, the newly appointed EU Ambassador to Kiev.

The European Union is not happy with the fact that in an effort to save forests from exploitative logging, which could lead to an ecological disaster, last November the Ukrainian Parliament introduced a 10-year moratorium on the export of unprocessed wood of all tree species except for pine, for which such a prohibition is to take effect on November 1st, 2017.

Meanwhile, the export of unprocessed wood also means huge economic losses for Ukraine. According to the estimates drawn up during the preparation of the act before the introduction of the moratorium, in 2013 about 200,000 cubic meters of unprocessed wood was exported from the Ivano-Frankivsk Oblast alone. This means that Ukraine has lost the possibility of employing one thousand people in that region alone, on the assumption that 200 cubic meters per year is required to secure the raw material for one job in the wood processing industry. This translates to concrete measurable losses arising from social expenditure on supporting the unemployed, on the one hand,  and resulting from the uncollected taxes, on the other hand.

When it comes to logging on the other side of the border, Brussels has a completely different approach than the one it applies to Ukraine. In November 2015, the European Commission urged Romania to stop the illegal logging of forests. It threatened the Romanian authorities with financial sanctions. As a result, in 2016 the Romanian President Klaus Iohannis signed a law which states that illegal logging of forests with an area of more than one hectare is considered to be a threat to national security. 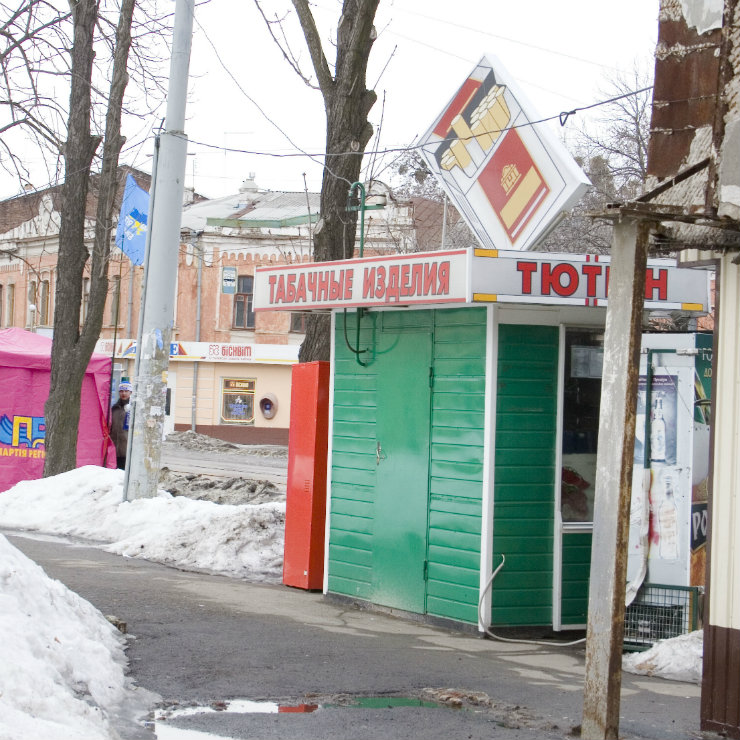