24.06.2020
In the Q1’20, the economy of the European Union and the Eurozone has recorded the biggest decline since 1995, reflecting the introduction of measures to combat COVID 19, Eurostat reported. The seasonally adjusted GDP of the 27-nation European Union fell 3.3 per cent, the most since 1995. 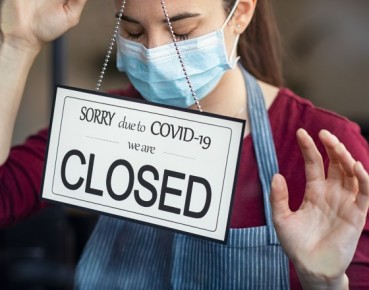 Among the European Union countries whose data were available in Eurostat on a quarterly basis, only Bulgaria, Romania (by 0.3 per cent each) and Finland (by 0.1 per cent) recorded growth. France’s GDP fell the most on a quarterly basis, by 5.8 per cent. It was followed by Slovakia with a 5.4 per cent drop in GDP and Spain where, according to provisional data, it fell by 5.2 per cent. Italy’s GDP fell by 4.7 per cent. Data for Croatia, Estonia, Ireland, Greece, Luxembourg, Malta and Slovenia were not available. At the annual level, the largest decline in GDP, according to Eurostat, was recorded by France, by 5.4 per cent. It is followed by Italy with a 4.8 per cent drop in GDP, and Spain and Slovakia where it fell 4.1 per cent. Annual GDP growth was recorded by nine countries, and the largest was in Romania — 2.7 per cent, followed by Lithuania with 2.5 per cent, Bulgaria with 2.4 per cent, Hungary with two and Poland with 1.6 per cent. Positive growth rates, lower than one per cent in a row, was also recorded in Finland, Sweden, Cyprus and Denmark.

Economists use these data to predict how will the crisis develop and what will be its outcome. In addition to analysing historical data, one option is forecasting, which is not ideal, as forecasts in the economy are often inaccurate. The second option is an experiential method, which is not ideal because it lacks precision. There has already been a lot of talk in the media about the possible consequences of the corona crisis based on the experiential method, and a number of articles have been published in economic journals.

Central and Southeast Europe and the crisis

The Vienna Institute for International Economic Studies (WIIW) says that out of all CSE countries Croatia will suffer the worst due to its excessive focus on tourism, which accounts for 20 per cent of the national economy. In Croatia, they predict a decline of as much as 11 per cent, almost twice the average at the level of countries in transition, which is 6.1 per cent. Earlier IMF forecasts was 9 per cent drop in Croatia’s GDP this year, while the World Bank forecast a 6.2 per cent drop. Croatian government forecasts show a 9.4 per cent drop in economic activity in Croatia this year.

Apart from Croatia, which could be an infamous record holder in terms of the reduction of economic activity in the wider region this year, a large drop in GDP is forecast at the Vienna Institute in Slovenia, 9.5 per cent, Slovakia, nine per cent, and Montenegro, 8.5 per cent. These are countries that, like Croatia, are focused on tourism and transport or have strong merchandise exports. On the other hand, countries that are least oriented towards tourism or that are less integrated into the global economy should do better. These are, in the first place, Serbia and Poland, which forecast a decline in economic activity this year of 4 per cent, and Kosovo, in which case the forecast of the Vienna Institute show a decline in GDP of 4.4 per cent.

The recessions in the CSE countries are deep and long-lasting. However, there are significant differences between the 1998-1999 and 2009-2014 recessions compared to the current situation. In short, the economies are more ready to face the coronavirus, because the fundamental indicators are better than they were in 1998 and 2009, and the situation in the surrounding environment is favorable, so a faster recovery is possible. Prior to the virus, the labor market was in a very favorable position with high employment and extremely low unemployment. Indebtedness, public finances and position in international trade were quite good. Equally, the virus emerged at a time of extremely low-interest rate, „cheap” and easily available money. Research has shown that interest rates fall in the long run after the pandemic, while real wages have a long-term upward trend. With this in mind, it is currently necessary to help the economy with monetary and fiscal policy in the Keynesian sense and to put aside costly reforms aimed at savings. This would, for the first time, make the recession in CSE short-lived, albeit severe. It is crucial to manage the crisis situation wisely and to allocate fiscal capacity for the entire duration of the crisis, because neither the recession will last only two quarters, nor will one-off fiscal policy measures be sufficient.

Why is this a different crisis?

Some economists compare the consequences of the coronavirus pandemic with the Spanish flu that lasted from 1918 to 1920 as a template for the worst-case scenario. There are big differences between the two pandemics. Firstly, the Spanish flu virus is different from the coronavirus, had a higher mortality rate, and younger people without chronic diseases often became ill and died. The spread of the disease was also contributed to the fact that the virus appeared at the end of the First World War. Secondly, on the economic side, the difference is that the economies today are different than in 1918, and among other things, there are better instruments of economic policy by which we can fight the recession.

The recession that is just around the corner is unlikely to be a one-time sudden shock after which consumers will continue where they left off, as the consequences in terms of unemployment and falling wages have already emerged. The consequences can be even more severe if shocks spillover between countries, but equally between sectors of the economy. This crisis as a combination of four shocks: the health shock as a supply shock, the demand shock, the negative shock of bad expectations and uncertainty, and the shock of rapid bad economic policy measures.

In the case of smaller countries, the issue of the environment is particularly important due to the problem of a small, open economy. Namely, a small open economy, is extremely dependent on its environment, primarily through imports and exports. The services and tourism sector is mentioned as the most endangered, because these activities are directly affected by the coronavirus, i.e. social distancing and closures of service facilities.

The phases of recession

The situation not only affects service activities but also a number of sectors through imports and exports. It is obvious that all sectors are recording a decline in value-added due to a shock. Almost all sectors are very sensitive, with leading ones: construction, trade, transport and storage, accommodation, gastronomy (mainly the part related to tourism) and catering, manufacturing. These sectors are falling even more sharply than domestic GDPs, indicating their marked sensitivity. Agriculture is also declining but at a slower pace. Namely, due to the nature of the agricultural activity, the decline in the first year is somewhat weaker, and then gradually accelerates. After three years, agriculture and industry are declining equally.

It is very interesting to compare the construction and manufacturing sector with the trade and services sector. At the beginning, after the shock, the trade and services sector was clearly hit the hardest. As time goes on, the decline in the trade and services sector reaches its maximum after a year and a half of about 3.5 per cent. The industry sector has very similar trends, but the final decline is slightly smaller, at approximately 2.5 per cent. Construction in the first year has a significantly smaller decline than the previously mentioned two sectors, followed by a very sharp decline. The total loss of the construction sector is only 1.5 per cent after a year and after three years even 6 per cent. This conclusion is important for economic policymakers, as it suggests that the effects of the crisis are not the same for all sectors. Also, it is important to understand that the effects of the crisis are not one-time but at least mid-term, and construction reacts most strongly only in the medium term, after two to three years. Three sectors that are less exposed to foreign shocks are the public sector, real estate, finance and insurance.

The basic conclusion is that the recession abroad will not only affect the trade and services sector in the CSE, but also other sectors, especially industry and construction. In addition, economic policy measures should not be exclusively short-term but should be aimed at stabilization in the medium term of two to three years. Therefore, it is necessary to carefully plan fiscal policy measures and preserve fiscal capacity in the medium term without causing a rapid increase of borrowing costs. Otherwise, the return on public debt could explode when it is most needed, leaving the government with limited capacity to act.

The favorable situation on global financial markets in the form of very low-interest rates makes this easier. For now, the states can borrow to invest and stimulate the economy even at the cost of higher external debt. If economic policy measures fall on fertile ground, it will lead to a recovery in the GDP growth, which ultimately stabilizes a key indicator of public debt sustainability — the public debt-to-GDP ratio. Moreover, Nobel laureate Paul Krugman in his blog even advocates a permanent increase in investment-oriented government spending, explaining the same mechanism made possible by low-interest rates.

In the recession period, however, bankruptcy will be a rule. The current, virus-induced crisis is the catalyst for large-scale financial crises with bankruptcies at the outset. The current crisis will lead to a recession with unprecedented amounts of corporate defaults that will stretch through the rest of 2020 and much of 2021. These defaults will result in a long and severe recession. Since absolute debt levels are significantly higher and indebtedness ratios higher than in 2007, with significantly lower debt quality (lower average rating), we can expect a more serious decline than in 2008.

On the other hand, all analyses are based on previous experience. Today, we have unprecedented support from governments and central banks. It is difficult to predict the effect of world government economic measures on the development of the current crisis. Some of the negative impacts of the crisis will be offset by these measures, but that does not mean that we will still not have record levels of corporate bankruptcies. 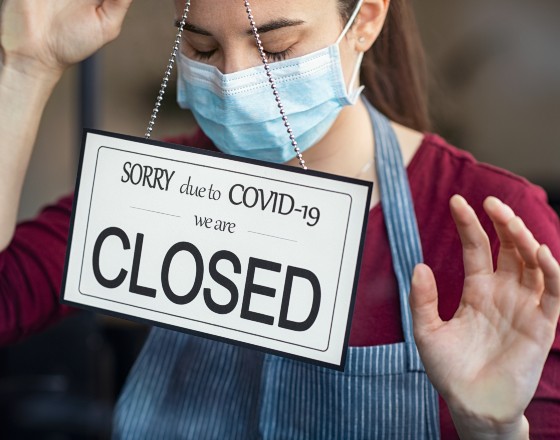