23.10.2020
The political turmoil in Belarus has closed the government’s access to loans from western multinational lenders, and made new borrowing on the international debt market extremely expensive. Moreover, from now onwards, Minsk will be forced to rely on Russia’s willingness to support its neighbor. 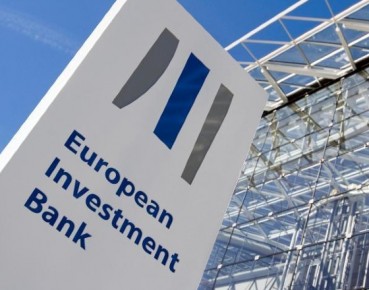 On October 12th, EU foreign ministers agreed that the European Investment Bank (EIB) will “review” its operations in Belarus. “The EU member states will coordinate their positions accordingly also within the European Bank for Reconstruction and Development (EBRD) board of directors,” says the ministers’ statement published the same day.

The move followed a call by the European Parliament in September to freeze “any EU fund transfers to the current Belarusian government and state-controlled projects” and to stop all EIB, EBRD and other loans “to the current regime“.

Keeping an eye on the private sector

The EBRD’s board had not articulated any detailed stance towards Belarusian operations so far. However, the lender’s spokesperson told Obserwator Finansowy that the bank is “very concerned” about the developments in Belarus and “urges all parties to find a respectful dialogue in good faith”. “Our investment in the country is largely targeted at the private sector and we remain committed to our clients as much as to the country and its people,” the spokesperson said.

This year, the EBRD invested EUR183m in Belarus in eight private sector projects and trade finance transactions. Most projects were linked to the resilience package put in place by the EBRD to support clients dealing with the consequences of the COVID-19 pandemic. In 2019, the bank invested around EUR400m.

“Given the lack of reform progress, there were no public sector projects in 2020,” the spokesperson added. “Looking forward we’ll be ready to support good, private sector initiative. The bank will be using its resources and experience to protect the quality of its Belarusian portfolio.”

The EBRD has previously experienced a period of limited cooperation with Belarus — both financial and technical — for around four years after the disputed presidential elections in December 2010. However, an improvement in relations between Belarus and the EU allowed Brussels to reconsider the EU’s restrictive approach to EBRD lending in early 2015.

Following the situation with “great concern”

The EIB is also following the situation in Belarus “with great concern” and stands ready to adjust its involvement in the post-Soviet country following appropriate decisions of its shareholders, according to Obserwator Finansowy’s sources with the knowledge of the matter. “The bank has no new operations planned in Belarus at this stage.”

As of today, a total of EUR550m of loans have been signed in Belarus, including almost EUR170m agreed in 2019. There were also operations providing more flexible loans for SMEs intermediated by state-owned Belarusbank and Belagroprombank, worth EUR180m and signed earlier but extending into 2019.

Dmitry Kruk, a senior researcher at Minsk-based think tank the Belarusian Research and Outreach Center (BEROC), believes that in the short term, western-controlled multinational lenders will continue to support existing projects in Belarus, however the launch of new projects will be suspended.

“In order not to allow the ‘drowning’ of funds, existing projects should be completed. […] The general public and government officials can also see tangible results from the cooperation with the international financial institutions. These results will clearly illustrate what opportunities the illegitimacy of the authorities deprives them of,” he told Obserwer Finansowy.

However, if the political crisis drags on, the EBRD and other donors will likely focus on projects aimed at developing private business and civil society, excluding government agencies from cooperation, Mr. Kruk added.

While the suspension of loans from multinational lenders will provide a blow to the government-controlled infrastructure, energy and utilities sectors, Minsk will also be faced with another, perhaps more serious, problem: how to secure new funding to repay foreign public debts, preventing the nation’s foreign reserves from draining.

In September 2020, the reserves declined by 1.8 per cent m/m to USD7.3bn, following a 15.8 per cent m/m drop in August. The latter result was attributed to the central bank’s interventions aimed at supporting the domestic currency after the controversial August 9th presidential election.

According to the Belarusian Finance Ministry, the government is required to repay USD2.3bn of foreign public debt this year, including almost USD1.6bn of principal debt, and USD700m interest. Principal debt repayments for the period September-December amount to USD470m, while the amount of interest remains unknown.

Moreover, the debt repayment burden will continue to expand over the next few years. Belarus should allocate USD2.8bn for both principal and interest foreign public debt repayments in 2021, USD2.9bn in 2022, and USD3.4bn in 2023.

After the disputed election and the refusal by western nations to recognize Alexander Lukashenko as a legitimate president, Minsk’s options for refinancing its public debt have become extremely limited. A new Eurobond issue is off the table, as the yields of the nation’s securities have grown to 8-8 per cent, a level that Belarus cannot afford.

Cooperation with the International Monetary Fund (IMF) is also unlikely until the current political crisis is resolved. Even Minsk’s pre-election attempt to secure a USD900m support package from the IMF, intended to support state finances during the first wave of the coronavirus crisis, was unsuccessful.

“No agreement was reached, and we have not found a way to bridge significant differences about the appropriate response to the present challenges,” the IMF’s spokesman Gerry Rice told journalists in September. “Assurances of transparency and appropriate policy actions are required to ensure that the funds are used to address the pandemic and to facilitate economic stabilities.”

Russia to the rescue

In current circumstances, Russia remains the only direction in which the Belarusian government can turn to seek further financial assistance. In September, the Kremlin threw a financial lifeline to Minsk, promising a USD1.5bn loan.

According to Russian Finance Minister Anton Siluanov, Moscow will provide USD1bn by the end of this year. Half of this amount will be provided via the Moscow-led Eurasian Fund for Stabilization and Development (EFSD) to repay Minsk’s outstanding debt for Russian natural gas, which stood at around USD330m as of early September. The other USD500m will be allocated as an inter-governmental loan. Minsk is due to obtain the final USD500m tranche from the government in Moscow in 2021.

What can the Kremlin demand in return? “The pound of flesh that Moscow is seeking to extract is difficult to know, but we can assume it will be connected to a pledge to join the Russian ruble, opening the Belarusian economy to Russian oligarchs, and deeper political integration, among other areas of cooperation and integration,” Mark McNamee, a London-based practice leader at the DuckerFrontier consulting company, told Obserwator Finansowy.

Meanwhile, Mr. Kruk believes that Russia will provide support to Belarus only “in small doses” to support “the most urgent needs of the Belarusian economy”.

“This should prevent a rapid deterioration of the crisis in the Belarusian economy, which could undermine Russian funding channeled to Belarus previously. This funding, which was provided via both, the interstate loans and the EFSD, amounts to USD10bn,” he said. ”Secondly, this will give Russia time to adopt to the new situation in Belarus.”

Kruk added that Russia has provided financial support to Minsk for a long time, with the aim of securing political influence over its neighbour.

“But the situation [in Belarus] has changed significantly. The current political regime is weak and unstable. If, taking advantage of the regime’s weakness, Russia seeks to strengthen its political influence through [political] ‘integration’ and a large-scale purchase of Belarusian property, this will provoke rejection by Belarusian society. These Russian ‘conquests’ will be quickly disavowed by the new [non-Lukashenko] government. “I see more and more signs that the Russian authorities understand this,” Kruk underlined. 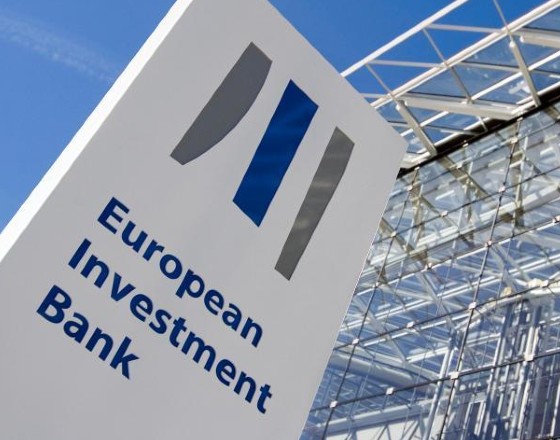