Changes in the list of the major recipients of Polish exports

The Czech Republic has almost surpassed the United Kingdom as the second biggest recipient of Polish goods. And this happened in spite of a negative media campaign of Czech competitors against Polish food products.

Experts of the Akcenta company forecast that significant changes may take place in Polish foreign trade in 2017. Brexit is the reason for increasing uncertainty concerning the UK market. Therefore exporters have turned elsewhere. Already in 2016, the Czech Republic almost overtook the United Kingdom as the second most important recipient of Polish exports. This year, such a change may finally become a reality.

The first signs of a slowdown in exports to the British Isles are already visible. According to the preliminary estimates of Poland’s Central Statistical Office (GUS), in 2016, exports to the Czech Republic grew at a rate of 1.2 per cent y/y, while exports to the United Kingdom slowed down sharply, showing an increase of only 0.1 per cent y/y.

The deteriorating result of exports to the UK was influenced by the exchange rate of the British pound, which recorded historic falls and is still subject to strong fluctuations.

“Even after the United Kingdom leaves the EU, many companies will want to continue their cooperation with the UK market. However, some may lose interest, if new trade regulations, for example, impose customs duties or restrictions on the import of certain types of goods. Polish companies may look for safe havens in other countries. As the second most well-known destination, the Czech Republic will certainly attract a lot of attention,” says Radosław Jarema, the head of the Polish branch of Akcenta.

According to the data of the Trade and Investment Promotion Section of the Polish Embassy in Prague, Poland is the third biggest partner of the Czech Republic both in imports and exports. After 11 months of 2016 the (positive) balance of Polish exports to this market amounted to over EUR2bn.

It is worth noting that such good sales results were achieved in spite of the fact that Polish food hasn’t had a good reputation on the Czech market over the past several years. The quality of Polish goods was repeatedly questioned.

As late as mid-2016, the Polish Ministry of Agriculture reported: “Unfortunately, since 2012 the Czech Republic has been regularly challenging the quality and safety of the Polish food delivered to its market, mainly in the media. This week, the Minister of Agriculture of the Czech Republic Marian Jureczka, questioned at a press conference the quality of Polish eggs and, among other things, accused Poland of using dumping prices.”

The situation in the foreign exchange market will be very important for the Polish companies that want to develop their business cooperation with our Czech neighbours. “The completion of the currency intervention program carried out by the Czech central bank (CNB) will be an important event for businesses making their settlements with their Czech partners directly in the Czech currency,” says Radosław Jarema.

From November 2013, CNB has been keeping the exchange rate of the Czech crown above the level of CZK27/EUR1, and has been preventing the strengthening of the crown below that level through currency interventions. The completion of the intervention program will be associated with high volatility of the Czech crown, not only against the euro, but also against other currencies. 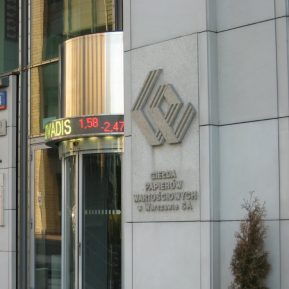 Category: Macroeconomics 16.07.2019
In the conditions of weakening international trade, the increase in sales to Germany proved to have a positive impact on the growth of Polish exports in 2018. This was largely due to factors not related to demand.