Global prosperity on the rise

30.12.2019
According to the Legatum Institute, prosperity continues to rise across the world. Out of the 167 countries whose prosperity the Institute measures, 148 have become more prosperous over the last 10 years. 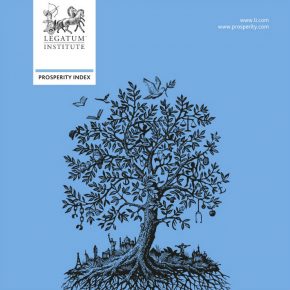 How is prosperity measured?

Legatum Institute, the London-based educational charity, has recently published its latest annual Prosperity Index. Along with the final report, the Institute provides a detailed explanation of the methodology it uses to measure prosperity worldwide.

“Prosperity entails much more than wealth: it reaches beyond the financial into the political, the judicial, and the well-being and character of a nation — it is about creating an environment where a person is able to reach the full potential,” the authors of the report wrote.

For each of the 12 pillars, the Legatum Institute identifies “the core distinct concepts that best defines them, and are integral to each of them.” The result is a set of 65 distinct elements. The Legatum Institute’s prosperity index relies on datasets provided by dozens of organizations, such as: the IMF, Pew Research Center, UNESCO, World Bank or WHO.

This year, The Legatum Institute assessed prosperity indices in 167 countries, which together contain nearly 100 per cent of world’s population. “Almost 300 country-level indicators, grouped into 65 policy-focused elements, are used to measure the current state of prosperity in these countries and how it has changed since 2007,” the report says.

According to Legatum, countries that have become more prosperous have done so thanks to economic openness, taking advantage of digital connectivity and improvement of their investment environment. Another key finding for this year is that “people’s lived experiences have improved due to better health, education, and living conditions.”

People around the world have also become more tolerant. However, the report notes that there is less freedom of speech, association and assembly.

Nearly all countries from the world’s top 10 list represent the geographical region of western Europe, with Denmark, Norway and Switzerland as the top 3.

Prosperity in Central and Southeast Europe

After North America and Western Europe, Central and Southeast Europe (CSE) has been identified as the world’s third most prosperous region. Moreover, nearly all countries in the region have made a major improvement over the last decade. “CSE is the second most improved region over the past decade, yet has improved less than the global average,” the report says.

Only three CSE countries made it to the world’s top 30 list. The region’s most prosperous country is Estonia (21st globally), followed by Slovenia (27th), Czech Republic (28th), Slovakia (32nd) and Lithuania (33rd). Poland is 36th globally. All indicators in Open Economies and Empowered People increased, but most indicators in Inclusive Societies decreased.

As far as living conditions are concerned, Moldova has seen the largest improvement over the last decade. “The greatest improvement occurred in Moldova, which now has greater levels of connectedness than in 2009. The percentage of people with cell phones and bank accounts in the country has more than doubled to 89 per cent and 44 per cent respectively over the decade.” On the other hand, according to the Legatum Institute, personal freedom has deteriorated more than in any other country in the region. Generally, only 8 CSE countries have improved since 2009 in the personal freedom domain.

“Hungary (89th) has experienced the greatest deterioration out of all countries, with significant reductions in the freedoms of assembly, association, and speech – characteristic of region-wide trends,” the report says.

The regional rank shows a clear dividing line between Central Europe, Southeast Europe and East Europe. While all CSE’s EU member states find themselves in the world’s top 50 most prosperous countries, ranks of the countries in the CSE are in the top 100 world’s countries with Ukraine as the region’s last country – 96th globally. 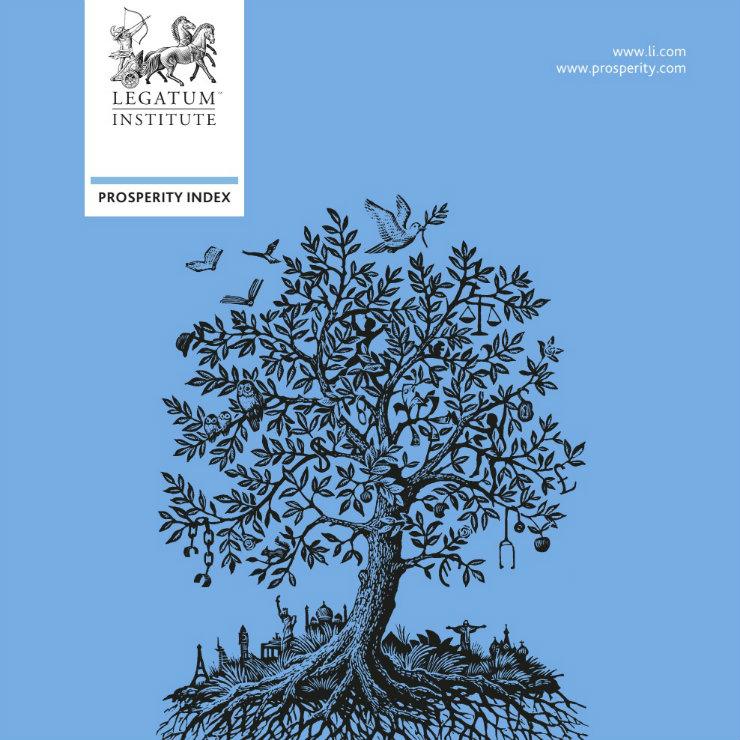