18.12.2020
The International Monetary Fund in its autumn projections seems to invariably envisage a V-shaped recovery, as it expects global GDP to grow by 5.2 per cent in 2021 following the 4.4 per cent decline in 2020. And yet never before has such a scenario been more tentative. 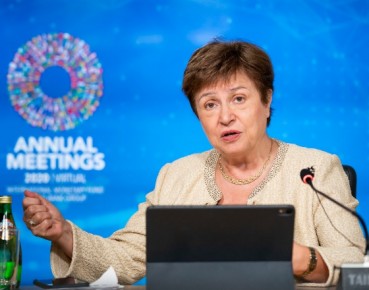 Compared with the June projection, the biggest losers are emerging markets (excluding China). In the summer projection, the IMF expected the group’s GDP to fall by 5 per cent this year, while now it expects a fall by 5.7 per cent. This stands in contrast with the projection for developed economies, which was revised upward from a huge decline by 8.1 per cent GDP to minus 5.8 per cent.

Kristalina Georgieva, Managing Director of the IMF, said that sustainable economic recovery was only possible after overcoming the pandemic, and healthcare funding had to remain the priority. She urged governments to support the production and distribution of effective therapies and vaccines so that all the countries could have access to them.

Gita Gopinath, the IMF Chief Economist, explained that – apart from China whose GDP in 2020 should be higher than in 2019 – in both developed economies and developing and emerging markets GDP will remain below its 2019 levels until 2021. The countries strongly dependent on services involving intense interpersonal contacts as well as oil exporters are experiencing a weaker recovery than the economies based on industry, she added.

However, the IMF representatives imply in their statements that in fact everything depends on the development of a vaccine or effective treatment. Its discovery and implementation will enable a fast rebound in economic activity, while the opposite scenario will mean a deepening collapse.

According to the no-treatment scenario, potential global growth will contract to 3.5 per cent of GDP. The overall loss of all the countries compared to the pre-pandemic development path will amount to USD 11 trillion this year and as much as USD 28 trillion by the end of 2025.

The overall loss of all the countries compared to the pre-pandemic development path is USD 11 trillion this year and as much as USD 28 trillion by the end of 2025.

Speaking of big figures, the IMF has summed up the response of governments and central banks to the crisis until now. In general, the Fund praises the global fiscal response amounting to USD 12 trillion and the increase in central bank balance sheets by USD 7.5 trillion.

Kristalina Georgieva said that the support will continue to be indispensable for some time – withdrawing it too early could result in grave and unjustified economic damage. It is the stage of the crisis that will determine the appropriate form of support: generally more comprehensive at the early stage and more targeted as countries start to recover.

Nevertheless, the IMF, rather than suggesting that debt should be reduced, shows the contrast between wealthier and poorer countries, whereby the former can incur more debt than the latter thus protecting their economies better. The Fund even takes one step further and calls for more public investment.

As an article on IMFBlog reads, “Our new Fiscal Monitor shows that increasing public investment in advanced and emerging market economies could help revive economic activity from the sharpest and deepest global economic collapse in contemporary history. It could also create millions of jobs directly in the short term and millions more indirectly over a longer period. Increasing public investment by 1 per cent of GDP could strengthen confidence in the recovery and boost GDP by 2.7 per cent, private investment by 10 per cent, and employment by 1.2 per cent if investments are of high quality and if existing public and private debt burdens do not weaken the response of the private sector to the stimulus.”

Increasing public investment by 1 per cent of GDP could strengthen confidence in the recovery and boost GDP by 2.7 per cent.

But what exactly are “high-quality” investments? According to the Fund, these are investments that reduce the uncertainty of the private sector. The fiscal multiplier can now be weakened due to the fact that pursuing many professions during the pandemic is dangerous and in times of crises enterprises have less capital to invest.

What should countries invest in to improve the multiplier then? The obvious priority is spending in sectors of critical importance to controlling the pandemic – health care and education. Funds need to be assigned to safe buildings, safe public transport and digital infrastructure so that people do not have to work unnecessarily in big office buildings where social distancing is difficult.

At the same time, the Fund recommends that longer-term investment – in research and development, green energy and efficient energy use – should not be forgotten amid low interest rates and cheap credit.

Obviously, the latter category of spending is rather the realm of richer countries. The fact is that the novel coronavirus has taken a toll of over a million lives in both the poor and rich world and the IMF estimates that as many as 90 million people will lapse into extreme poverty only this year.

The crisis will leave behind scars over the medium term since labour markets need time to recover, investments are being suspended due to great uncertainty and deteriorating balance sheets, and the economic slump is also weakening human capital, Gita Gopinath emphasised.

Worse still, there is not much prospect that the future editions of the IMF projections will be more optimistic. 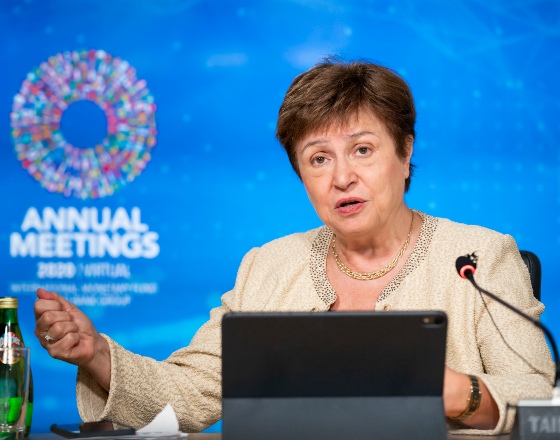