Putin has no long-lasting economic strategy for Russia

24.10.2017
Russia's President, Vladimir Putin does not care about the economy, says Andrei Illarionov, economist, expert of the think tank, the Cato Institute, and a former economic advisor to the President of Russia. 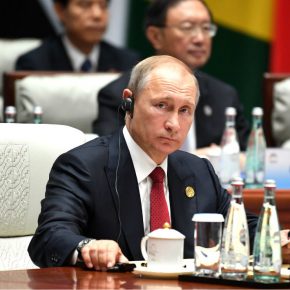 CE Financial Observer: Does the President of Russia, Vladimir Putin, listen to his economic advisers or rather turn a deaf ear to their comments?

Andrei Illarionov: I may speak only about my experience and I must say that Putin did not ignore the solutions I suggested. During my first year as his advisor, he implemented about 98 per cent of my suggestions. This means almost all of them. Obviously, this is in relation to those issues on which he sought my advice.

Well, I talked to my counterparts from other countries, including USA, and all of them admitted that this indicator was extremely high and that in their case even 40 per cent of guidelines implemented already meant something.

However, you did not manage to influence President Putin in one key issue. You are known as an advocate of the free market economy, while during his rule, Russia continuously departs from this concept. Why didn’t he follow your advice?

The philosophical opinion of Putin concerning the economy is a separate issue, I would even say that it is a topic for a doctoral thesis, so it is difficult to answer in two sentences…

Well, in Russia, the perception of the free market and capitalism is different than in the West. In the West, capitalism, at least in nominal terms, means a common space for everyone to compete economically, whereas Putin is the supporter of the market for family and friends rather than for everyone. His attitude to the rule of law is of key importance to understanding his economic views. He is not a supporter of the rule of law.

Doesn’t he believe that the law should be superior to power and should apply equally to everyone?

Does it mean that Putin believes in legal positivism?

Close but not exactly. After all, positivism assumes a certain consistency of the law and its separation from power. Putin’s opinion is based on the conviction that the law means his will. If Herod wants to kill children aged below five, he writes it down and it should be done. If the Nazis want to close Jews in camps, they write it down and it should be done. These are extreme forms of such a philosophy. Coming back to the market issues – Putin is not a socialist, he is a Sicilist.

Sicily. The Italian island associated with the Mafia by many. Putin understands the market and the law in the same way as Sicilian Mafia leaders do. They are opponents of central institutions, they also support the market operating so that they and their families and acquaintances can profit the most. Putin’s reasoning is identical.

Are you comparing the Russian President to a Sicilian gangster?

I am not comparing, I claim that essentially he does not differ from the latter. Like the Sicilian Mafia leaders, he ruthlessly enforces his law.

Does Putin understand at all the sense of the rule of law idea?

I think that he understands it perfectly well. After all, he graduated from the faculty of law at the same university as I did, i.e. in Petersburg.

So, does it mean that he rejects the rule of law with full awareness?

Yes, he does. Anyway, he does not use this term at all and he is also intelligent enough to avoid communicating his original philosophy. His attitude to the law and the market is revealed in practice.

You have still not answered my question – why you did not manage to convince Putin that this was not the right approach, since he listened to you so eagerly.

Am I his wife? Even a wife is sometimes unable to influence the opinions of her husband, and vice versa, so what can an economic adviser do? We had 30 minutes to discuss a given problem at the governmental meetings, sometimes two hours in the case of very important issues. Each participant expresses his opinion, there is no time to convince each other, only the specific argumentation of suggestions on specific issues can be presented. Nobody discusses the philosophy of law there.

So, to be precise, your influence on Putin’s decisions was limited to his single political measures, instead of a long-term strategy?

Yes. By the way, as far as Putin’s long-term strategy on economic issues is concerned, the strategy means serving yourself and your colleagues instead of the recovery of the economy.

How is it possible? Isn’t it painful for him that the Russian economy is on its last legs?

He would not sacrifice himself for this reason.

So, isn’t Putin concerned about the economic sanctions imposed on Russia by the West?

In economic terms, he is not. As an element of a political game – he is.

This is true but I would not overestimate their impact. I think that the sanctions are harmful for Russia mainly at the level of information. A black list of Russian companies and persons with whom western companies and banks must not do business with was created. As a result they also do not want to deal with those not included in the list. They are simply afraid that the latter will ultimately be blacklisted. In such a way, Russia is cut off from the global economy, investment and capital flows.

In Venezuela, the economic policy eventually led to a severe crisis. Venezuela, just like Russia, is an economy based, among others, on oil extraction. Is a similar scenario possible in Russia?

A crisis in Russia is possible, but not so extensive and of another type. The leaders who destroyed Venezuela, Hugo Chavez and Nicolas Maduro, are socialists who introduced a socialist policy. As I have said, Putin is, in a sense, a supporter of the market, so he has no intention to introduce central planning or rationing of goods. In Russia, we have the market, it operates somehow, but it is not a free market. However, Russia already faces a crisis, or rather stagnation. We have not recorded any economic growth for nine years. We grow for a while, making a step forward, followed immediately by two steps back. Our GDP in 2017 is at the same level as in 2008, when the global financial crises broke out.

Is Russia condemned to stagnation?

Russia is on the skids. GDP is similar as in 2008, but the level of foreign investment is 30 per cent lower, which provides the basis to claim that GDP will fall in the future. Obviously, among the causes of Russia’s economic problems one can also list structural problems, e.g. the lack of well-developed small and medium-sized companies, but these are understood differently by everyone. I think, however, that in general terms the reason why the economies of such countries as Russia stop growing is the degree of restrictions on political freedom. This issue has not been fully discussed but I have tried to prove it in my recent work. The dependence between a glass ceiling for GDP growth and the level of political freedom is striking – it even looks as if it was a general law.

One should always take account of the specific case, but even China has its growth ceiling, above which it cannot not jump. On average, for countries which are “not politically free”, this is 30 per cent of GDP per capita of the United States. Russia is already there, China is only just reaching this level. Certainly, there are exceptions. Authoritarian countries, such as the United Arab Emirates, Bahrain, Kuwait and Brunei, taking advantage of oil reserves generating as much as 90 per cent of the budgetary revenue and the fact that their population is relatively small (maximum 3 million people), are very rich. However, speaking of large countries such as almost 200-million-strong Russia, the situation is not as optimistic and the oil is insufficient.

By the way, wouldn’t the fact that Putin neglects the economy prevent his entering into deeper relations with China?

It would certainly not help. Obviously, there will be some trade and investment exchange with these countries; however, nothing significant will happen in this context.

In your opinion, will Putin continue to rule Russia for a long time?

It seems that both, Putin and the US President Donald Trump, dislike globalization. Trump, for example, wants to revise free trade agreements. Is globalization on the retreat?

It is true that the present times are becoming increasingly unfriendly for trade; however, I would not exaggerate. This is how history works: you win some, you lose some. Sometimes people prefer protectionism, sometimes globalization. Now we are at the stage of protectionism, after some time there will be another shift towards freedom.

You are a pessimist.

Does only talking remain?

No. Understanding remains. It is worth understanding what is happening around us instead of living in idle ignorance. 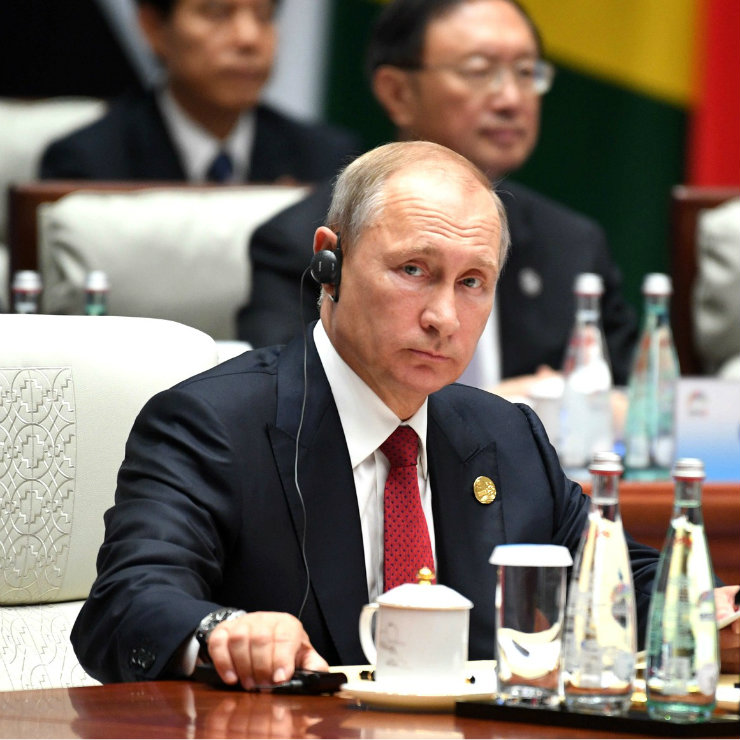 Category: Macroeconomics 15.10.2020
So far, no one had the courage to take a look at the times when the United Kingdom was trying to find its place in the post-imperial era, because of the difficulty of this task. Finally, however, it was taken on by Professor Harold James, who teaches economic history at Princeton University. 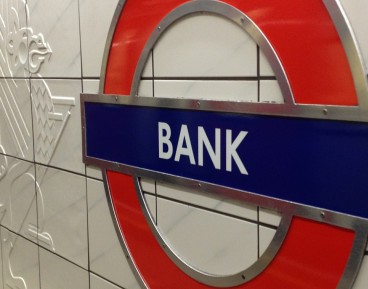