No time to grieve for forests

26.09.2016
The Ukrainian forests are quickly disappearing ‒ claim the environmentalists and indicate the two perpetrators guilty of this situation. 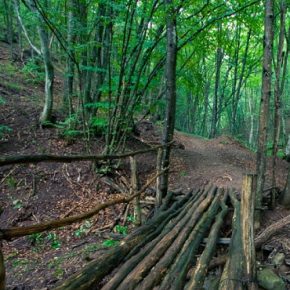 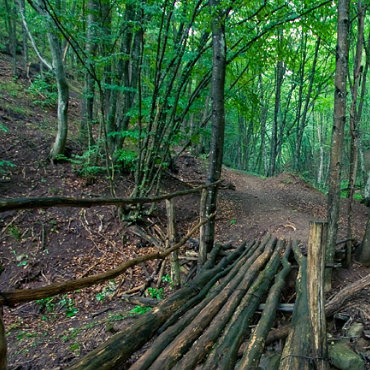 One reason are politicians, who have turned exploitative logging into a significant source of revenue, and the European Union, which calls for Ukraine to allow for unlimited logging, and exports of raw wood to the West, while defending the forests at home.

The total area of Ukrainian forests is just 16 per cent of the country’s territory. Although that is almost twice less than in Poland, the total area of forests in both countries is the same and amounts to 9.6 million hectares. Soon, however, the situation in Ukraine may radically change for the worse.

Ukraine’s media publish materials documenting the exploitative logging of forests. Carpathian peaks, until recently covered by impenetrable forests, are now empty. And all that because of money which can be received for Ukrainian wood in the neighboring European Union, practically without any investment – all that is needed is a few workers with saws and connections allowing for the export of the logged trees.

The regions most affected by massive logging are the Carpathians, Bukovina and Volhynia, as well as the Ternopil, Zhytomyr and Kiev oblasts, that is, the areas of dense forest concentration.

According to data of the State Statistics Service of Ukraine, in the last year Ukraine exported wood valued USD1.1bn. In the Q1’16 the value of the exported wood reached USD266m. These figures, however, do not reflect the real situation, because they only show legal exports. As reported by the news service “Slovo i Dilo”, the value of the illegal exports of timber from Ukraine is estimated at USD100m per month. Last year, 8,000 cases of illegal logging were disclosed. About 70 per cent of the logged trees are exported in the form of raw material.

The demand for Ukrainian wood and the associated possibilities of profits without investments are so great that not only forests but even roadside trees in cities are being cut down. Due to the fact that the law regarding the cutting of trees within localities is very restrictive, there is a real plague of so-called “rejuvenation of the tree stand”. Many people cut down the boughs of trees, leaving only the trunks. The boughs and branches are exported as a raw material.

Those willing to make easy money also include the management of the Ukrainian army. At the beginning of May, Yury Kasyanov, the organizer of the team of volunteers building the drones used by the Ukrainian military in the Donbass, has published government documents and the prosecutor’s office documents showing the process in which almost 200 thousand hectares of forest on army training grounds were removed under military control and prepared for exploitative logging.

In the same time, the governor of the Transcarpathian Oblast Hennadiy Moskal reported  that an entire train of military contraband wood sent from the Uzhgorod Military Forestry was stopped at the border crossing in Chop.

A new act prohibiting the export of raw wood adopted by the Ukrainian Parliament in the spring last year was supposed to alleviate the situation. In accordance with the legislation, the export of unprocessed wood was prohibited for ten years. The ban came into force on November 1st, 2015 and covered all tree species except for pine trees, for which a prohibition will take effect on January 1st, 2017. Pine wood is currently making up the majority of Ukrainian wood exports.

Meanwhile, Brussels is demanding from Ukraine an urgent liberalization of the rules on the export of wood. In the middle of May, the journal Delo has revealed that Brussels made the provision of macroeconomic aid conditional on Ukraine’s withdrawal from the ban on the export of raw wood.

“Ukraine must settle the matter of raw wood trade as soon as possible, because the introduced ban on its export blocks the receipt of the second and third tranche of EU macroeconomic aid with a total value of EUR1.2bn euro. The removal of this impediment in the sphere of trade is an essential condition for the continued implementation of the third EU macroeconomic aid program in Ukraine, as well as the further liberalization of trade with the European Union,” the Deputy Minister of Economic Development and Trade, Nataliya Mykolska, was quoted as saying in Delo.

The Europeans see the ban on the export of raw wood from Ukraine as a violation of the Ukraine–European Union Association Agreement. They believe that by introducing a moratorium, Ukraine imposed trade barriers, revealed the Deputy Prime Minister for European and Euro-Atlantic Integration, Ivanna Klympush-Tsintsadze in the presidential television station Channel 5. She also informed that the government was working on resolving the issue.

Trade will win with forests

First attempts to loosen the ban on the export of timber from Ukraine were made by the Arseniy Yatsenyuk’s government which prepared a new draft legislation regulating the wood market.

As the government argued, “the moratorium on the export of raw wood violates the obligations of Ukraine as a member of the World Trade Organization, as provided for in Chapter XI (General Elimination of Quantitative Restrictions) of the General Agreement on Tariffs and Trade. According to that provision, no prohibitions or restrictions other than duties, taxes or other charges, shall be instituted or maintained by any contracting party on the exportation or sale for export of any product destined for the territory of any other contracting party.”

In the government’s assessment attached to the draft legislation it was stated that the moratorium violates the provisions of the Association Agreement which reference the WTO regulations, and contradicts the conditions for granting of macroeconomic aid to Ukraine within the framework of the existing programs.

The draft law proposed the abolition of the currently applicable moratorium and the introduction of a new regulation of the wood market in its place. In order to eliminate the black market in timber trade, the government wanted to introduce a system of electronic records of this raw material. The system of trade would also change ‒ timber would be sold at auctions, separately for residents and separately for non-residents of Ukraine. Surplus wood which wasn’t bought by companies registered in Ukraine would be directed to the latter auctions.

The government’s draft did not, however, address the main problem, which is the brutal logging of the Ukrainian forests. In this regard, it only introduced a single state system of wood registration. This was noticed by the team of experts of the Ukrainian Parliament which evaluated the draft. Ultimately, it was decided that the draft should not be adopted.

As the parliamentary experts emphasized, the problem with the use of forests lies in the fact that in accordance with the forestry code of Ukraine “the Ukrainian forests are its national wealth” and perform many protective and social functions. Forest management “cannot be considered solely on the economic plane, and in particular in the sphere of international trade relations” and should be carried out “with focus on ensuring the protection, restoration and sustainable use of the forest resources, taking into account environmental, economic, social and other interests of the society”.

As the experts recalled, the reasons for the introduction of the moratorium in 2015 included the desire to redirect the Ukrainian export of wood from raw materials towards finished wooden products, “the creation of more added value in the forest production, which is a national wealth”, stimulation of the development of the wood industry companies, reduction of the share of raw wood in the structure of exports and the protection of forests due to the increasingly severe situation with the unreasonable and inefficient use of forest resources and the disastrous consequences of this situation ‒ landslides, floods, wind erosion.

In their view, the priority of the State should be to ensure the protection of the forest resources, and there was no mention of that in the government’s draft law. What is more, the method of regulation of the timber market proposed by the government only indicated who would have priority in the access to the raw materials, but in no way restricted the export of raw materials, and thus the logging of forests which it stimulates.

The experts have also pointed out that the Association Treaty contains provisions which do not give the European Union the right to demand consent to the unrestricted logging of Ukrainian forests. In Article 294 of the Treaty, it is stated that “in order to foster the constant management of forest resources, the parties undertake to work together in order to improve the application of the law and governance in the forestry sector”. According to the experts, this should mean the development of joint activities in this area with the European Union, which would take into account not just the short-term, but the long-term interests of both parties. They also recalled that, in accordance with the WTO regulations, Ukraine may restrict the export of wood, not directly, but by using the permitted measures, e.g. export duties, taxes, fees, quota restrictions, export licenses, etc.

The parliamentary experts have also pointed out the double standards which Brussels is applying to its own forests, whose protection it enforces and the Ukrainian forests, whose logging it defends. “In November 2015, the European Commission urged Romania to stop the illegal logging of forests. It threatened Romania with an international court and with huge penalties. [As a result] on January 9th, 2016 president Klaus Iohannis signed a law stating that illegal logging of forests with an area of more than one hectare is considered to be a threat to national security,” ‒ they recalled.

Environmentalists versus the EU

The Ukrainian environmentalists, who began tracking transports with wood throughout the country, have stood up in opposition to EU officials and the government. At the end of May in Lviv they blocked a transport of 200 wagons loaded with wood intended for export to Poland and Romania, demanding verification whether it came from legal sources. A substantial part of the tree trunks did not have the mandatory chips which indicated that they most likely came from illegal logging.

There were scuffles with the railway workers, who prevented the environmentalists from checking whether the trunks carried chips confirming the legality of the logging. The Prosecutor’s Office workers called to the station concluded that they had no authorization to control whether the wood came from legitimate sources or not ‒ reported the press agency Zaxid.

A few days earlier the environmentalists organized a similar action of blockading and checking the legality of wood transports in Khodorov in the Lviv oblast. They stopped a transport consisting of 50 wagons loaded with this raw material. In this case, the activists along with the Security Service of Ukraine detected that the wood was exported to Romania. As much as one quarter came from illegal sources or had falsified shipping documents and underestimated customs value.