13.10.2018
Rail Baltica’s woes to continue as Lithuanian Latvian and Estonian auditors launch a probe into the internal control systems and public procurement strategies of the company. At the same time, Baiba Rubesa, CEO of the joint venture, resigned. 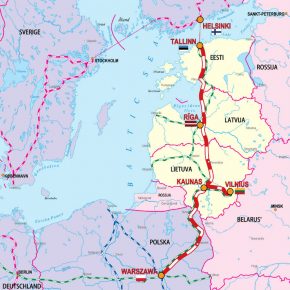 The aim of the audit is to check whether the procedures in place are sufficient to enable an efficient and economic delivery of the project as stated by the National Audit Office of Lithuania (NAOL). Julius Lukosius, Director of the Economy Audit Department at the NAOL stated to Baltic news media: “The project is of a huge scope in terms of funding and competence it needs, […] thus an audit. We need to see if the model is right to ensure effective and rational use of funds and, in general, if the whole project management and internal control system is right to expect the project’s smooth implementation”.

The audit is expected to cover years 2014-2018 and will be ready for publication in December 2019 at the latest.

Rail Baltica, the Baltic consortium overseeing the project is also looking for a new CEO after the current one, Baiba Rubesa, stepped down at the end of September, a month earlier than scheduled, amid long-standing rancour between her and the shareholders. RB Rail is spreading its net to Poland and Finland, as well as the Baltic states looking for a new CEO.

Riia Sillave, President of the RB Rail Supervisory Board, told the Baltic News Service BNS “The contract with the current CEO of RB Rail terminates at the end of October. The board is now searching for a replacement. Beside the direct search, an open announcement will be published within the next weeks. The goal is to find the best candidate for the position in this important Rail Baltica implementation phase”.

Baiba Rubesa’s contract has not been renewed following turbulence about her management style that culminated in a no confidence vote from the Estonian and Lithuanian shareholders in February this year. Ms. Rubesa has criticised the Baltic governments. She said the “company’s current model is blatantly contrary to the principles of good corporate governance”. She even went further by saying that the project is in its present set up “neither manageable nor sustainable” and the RB Rail would not be able to “deliver a new economics and security corridor with infrastructure that has a commitment of 85 per cent financing from the European taxpayer”. There has been no agreement on a sustainable financing model, she added, even after a year’s discussion with the shareholders.

Speaking of her decision to step down a few weeks early, she added that she had to share her concerns with the citizens of the Baltic countries that the “Rail Baltica project is at serious risk of not being properly implemented. The conflicts of interests encapsulated in the very roots of the project are the main reason behind the actions and inactions of all involved parties”. She has sent a list of recommendations to the European Commission (EC), so that EU will play a more tangible, more direct role in the cross-border project.

Ms. Rubesa also proposed that EC should implement a professional and conflict free supervisory board. Her third recommendation is to implement an n agreement on a multiyear sustainable financial model for the consortium. The project is set for 2026 but has neither timeline nor funding model. The fourth recommendation is that political leadership, the prime ministers concerned, should take direct responsibility since the project is political and defensive, not just commercial.

The Rail Baltica shareholders have also approved the voting in of a new supervisory board. This comprises of six members, two elected by each of the three shareholders, to be held for a period of three years.

The EC accepted the project. The Trans-European Transport Network (TEN-T) committee made its decision on 27 September. This paves the way for funding, sets the objectives schedules and management structure.

Kristian Kaunissaare, Estonian co-ordinator of the Rail Baltica project, told BNS “The EC decision regarding five member states, Finland, Estonia, Latvia, Lithuania and Poland, who are directly or indirectly carrying out the Rail Baltica project or participating in the realisation of the project, is very important. Prior to its adoption the decision has been co-ordinated with all five countries”.

The decision is necessary to obtain funding from the Connecting Europe Facility. As Estonian news portal err.ee reported the only other current project that has met the stipulations is the Evora Merida railway link between Spain and Portugal. Confirmation would give the Rail Baltica project an advantage in applying for CEF funds in the next budgetary period. 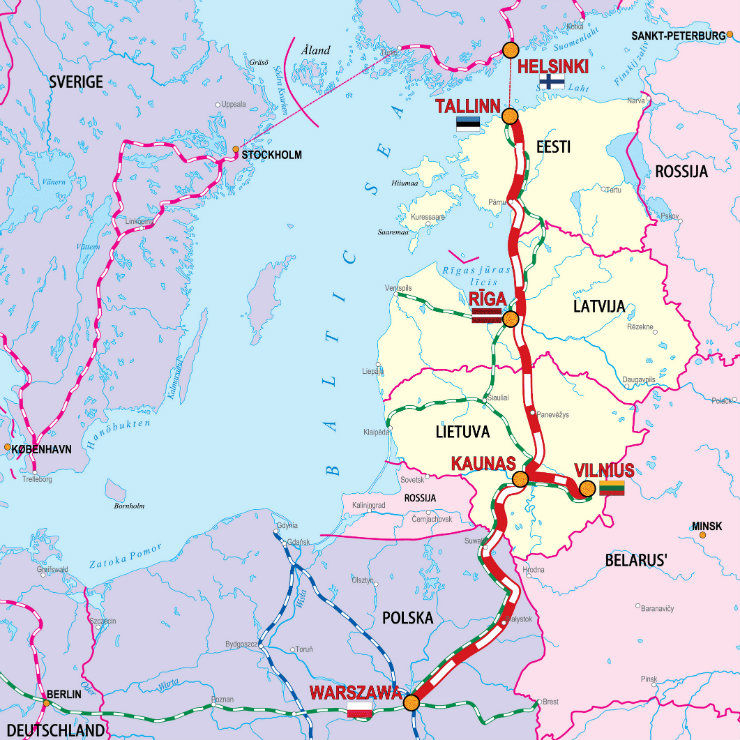 The revival of the railway

Category: Business 29.04.2019
Rail freight is losing its market share to road transport across the European Union. This can and should be changed, as exemplified by the Unites States, Switzerland and China. 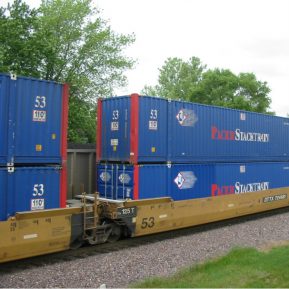