Russia is alone and looks for its place

07.11.2015
Economically undermined and deprived of allies, Russia is trying to be a "big shot" in Syria and to maintain an important position on the world’s political map. Sebastian Stodolak talks to Eugene Rumer from the American think-tank, Carnegie Endowment for International Peace. 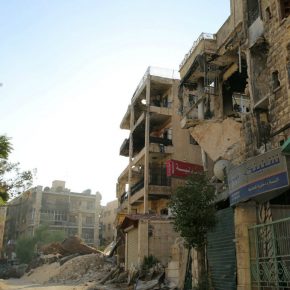 CE Financial Observer: The European countries which have been flooded by a wave of refugees as a consequence of the Syrian crisis are building walls on their borders. Is this Europe’s retreat from the idea of globalisation?

Eugene Rumer: But what does one have to do with the other?

Freedom of travel is one of the foundations of globalisation. Walls may jeopardise it. Don’t the walls symbolise a decline in trust in the international arena – a factor which is even more significant in this context?

I do not think that the Syrian crisis will have such a dramatic effect. Obviously, it is an enormous disaster. It is a war which has already claimed tens of thousands of victims and it certainly generates economic burdens for outside countries, including European Union member states.

However, I do not believe that the globalisation process will slow down or stop.

Has Putin engaged in the Syrian conflict in order to force the West to lift the sanctions targeted against Russia?

It is possible. The issue of maintaining the sanctions will be resolved by the European Union in December and then we will really see what Putin has to say about this problem. However, it is certainly not the major reason for Russia’s involvement in this crisis. It isn’t, because really sanctions are of secondary importance for the currently difficult situation in Russia – they block the inflow of foreign capital. What really stifles Russia is the low prices of oil.

The sanctions cause enough discomfort for Russia to notice them and probably feel „punished” and somewhat humiliated by the West. However, they are too weak and too short-term to trigger a real change in Putin’s policy. Let’s look at Iran – how many years was it necessary to impose economic sanctions on this country to make its authorities eventually sit down at the negotiating table and discuss nuclear issues? Sanctions also have their costs, and if we want them to be effective – for example, if we want Putin to leave Ukraine as a result of these sanctions – we have to be prepared for them.

Don’t you think that by using the economy as an instrument of political pressure, we drag the world back to the „cold war” times, when the West conducted no trade with the USSR at all? It was not beneficial for either of the parties.

I don’t think so. First of all, even during the cold war, the West did business with the Russians. Actually, despite the protests of the US, the pipeline connecting the USSR with Europe was constructed exactly at that time, wasn’t it?

Which means that it is difficult to achieve 100 per cent enforcement of the sanctions.

Secondly, for several reasons today’s Russia is not, however, the former USSR. First of all, during the cold war period, the West believed that the USSR was a powerful economy. Actually, it wasn’t. Now everyone knows that Russia’s economic standing is very bad. Everybody knows that the Russian army is in a poor condition. Russians have access to external information sources and – despite the propaganda – they can get an insight into the global situation. In the USSR they could not.

And the main issue: At present Russia actually has no allies, whereas during the cold war it had many. Its presence in Syria is aimed at showing the world that Russia is still a player of global importance. Putin wants to make sure that the President of Syria, Bashar al-Assad, does not fall because he has invested a lot in him in all respects: militarily, politically and economically. And yet it is a game of keeping appearances. Russia is obviously important, but it is Russia that has problems, not the West. Russia is the one that needs to find its place in the world.

There are certain signals indicating that they could take a more moderate position over time. Nevertheless, I think that the US will always opt for Assad’s removal at a certain point. Both for humanitarian reasons, since he committed crimes against his own nation, and for pragmatic ones: in Syria there is no political group which would want to talk with him. The Russian involvement in Syria will not change that. Russia has a serious geopolitical problem. On the one hand, it has the US and the European Union, still economic powers despite all their problems, and on the other hand it has China. Thus, we have two poles of attraction in the global power structure and Russia has to find a place for itself.

China. Is it a friendly country?

It is difficult to refer to countries in such terms – friendly or hostile. States have interests which have nothing to do with such feelings as friendliness or hostility. But if you put your question like that, China is not particularly aggressive. It has its territorial conflicts with Japan, but these are historical issues, nothing new. Globally, China is focused on strengthening its economic and political relations.

And it has no imperial ambitions? There are voices indicating that China is developing its military arsenal and that eventually some sort of conflict with the West, which is personified by the United States, is unavoidable. It will be the end of trade.

I don’t know if China wants to be an empire. The fact that it develops and modernises its army is normal. As it gets richer, it also wants to abandon its military museum. This does not automatically mean that China has hostile or aggressive intentions. The example of the Syrian conflict shows that China takes the position of an observer instead of becoming an active party. And this is very reasonable. It will certainly become more active in the international arena over time, but at the moment only this can be said in a responsible way. Nothing more.

Eugene Rumer – expert of the American think-tank, Carnegie Endowment for International Peace. Former intelligence officer for Russia and Eurasia. He examines political, economic and security-related trends in Russia and in the former Soviet republics, as well as Russia’s relations with the United States, China and the Middle East. 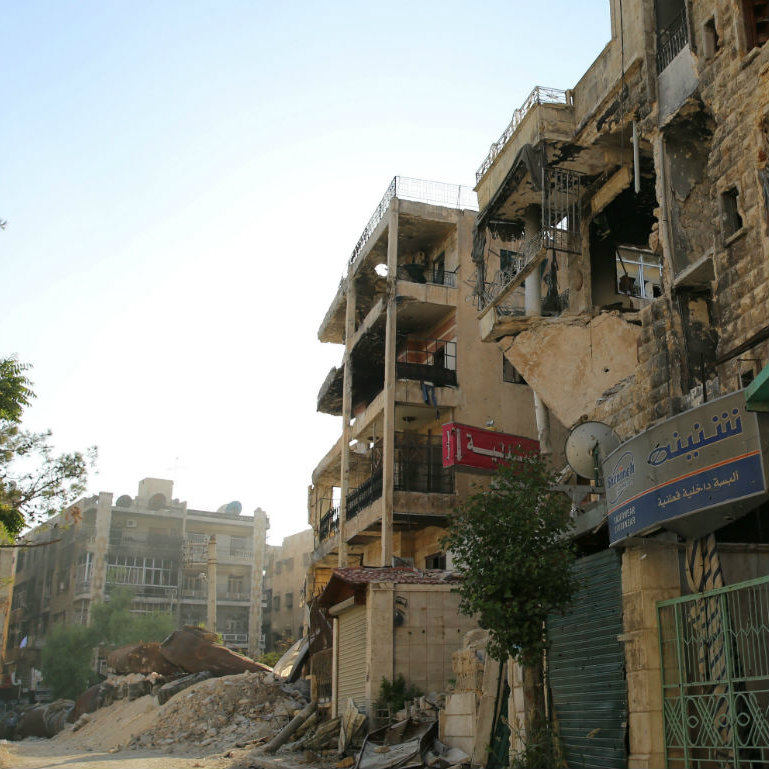