The breakdown of Croatian biggest shipyards

23.12.2018
This year the Croatian government planned a state budget with a deficit of HRK2bn but the fact that it had a surplus of HRK1.6bn in H1 suggests that it may have a surplus by the year-end. 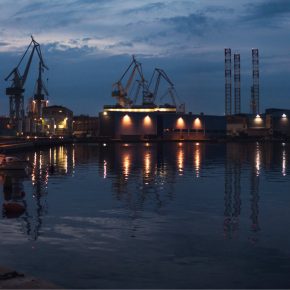 This would happen for the second time, in a row, because for the first time in 15 years, budget 2017 had a surplus of HRK2.75bn, or 0.8 per cent of GDP. A similar scenario is possible this year. The Ministry of Finance plans to rebalance the budget, as a consequence of increasing revenues.

But the government will face higher expenditures by the end of the year due to the crisis in Uljanik shipyard, thus it could endanger the budget outcome. All ministries were reminded to keep their limits, and the rebalance will only consider the new expenditures related to Uljanik, and according to what the ministry of finance said this amount could be some EUR300m, which completely jeopardizes the possibility for the state to have a budget surplus.

Uljanik Group is a result of a merge of two biggest Croatian shipyards — Uljanik in Pula and 3. Maj in Rijeka. This summer Uljanik suddenly announced that it is in a major financial crisis, with a risk for losing 4,500 jobs and without valid state guarantees that amounted to more than EUR660m. The situation is critical and many experts call it the second Agrokor that is looming over Croatia.

The other option is that Uljanik’s restructuring will not happen and the shipyard will be liquidated. In that case the total cost of unpaid loans would be more than HRK4bn, still to be paid by the state in the following year. Thus, the budget for next year will have to include Uljanik’s expenditures.

The European Commission, however, is not so optimistic. It has voiced a series of objections to the proposed Uljanik restructuring program, which the government sent to Brussels. The EC’s General Competitiveness Department has put more than 70 questions. The restructuring program proposal is not in line with the Rescue and Restructuring Guidelines, the European Competitiveness Department wrote to the Government, seeking, i.a. „a more detailed clarification of the role of Uljanik Group in relation to the two shipyards but also its role after the restructuring”. EC would also like to know how the cash flow will be split between Uljanik and 3. Maj, i.e. how will the government ensure that Uljanik’s assistance does not go to 3. Maj, as this shipyard cannot receive a single HRK in the next ten years. It also seeks to clarify forecasts for shipbuilding jobs and to justify some revenues and expenditures, such as „other income”, „other indirect costs” and „additional operating costs”. In the case of revenues, they asked the government to provide individual data for each business activity, for example shipbuilding revenues, marine income, energy and metallurgical construction revenues.

The Competitiveness Department is also interested in business plans, and currently the prospects of a business success are slim. The Canadian shipowner, Algoma announced that it started the process of termination of contracts for all new ships that were to be built in the Rijeka shipyard or Uljanik group. This is a series of four self-propelled bulk carriers, one of which has been cancelled earlier in October and it is obvious that the same thing would happen to other three. The Canadians showed a fair understanding of the problems encountered by the Rijeka’s shipyard, as part of the Uljanik Group. In order to keep the contracts in force by the Canadian shipping company, they have not conditioned impossible things to be done, but when they realized that there was no shred of goodwill, Canadians just cancelled the agreement. The 3. Maj remained with only one valid contract, but due to the record-breaking delays in delivering new construction there is a fear of financial repercussions. It is a tanker „Santiago” that had been contracted couple of years ago in the Pula’s shipyard and then transferred to Rijeka for final assembly, but the workers did not do anything until today. According to the unofficial information, the value of Algoma termination agreement for all four ships is slightly over EUR70m of state guarantees for advance payments and an additional EUR40m for which the state has guaranteed Uljanik, when they have received loans for their construction. In other words, Algoma’s official announcement means that the Croatian state budget will have to pay some EUR100m.

A new restructuring plan would probably entail the separation of two shipyards as an easier way for potential investors who would like to take over the management of these two regionally important companies. Minister of Economy, Entrepreneurship and Crafts Darko Horvat said that Danko Končar, an Uljanik’s strategic partner, may prove his seriousness by showing willingness to recapitalize the company. He also added that talks with investors, who are interested in 3. Maj (but not in the Uljanik shipyard), have already started. He said that the government was conducting serious talks with investors from China, South Korea, Germany, the Netherlands, Italy and Ukraine. One of them is the Italian Fincantieri. Another potential investor is rather mysterious and but from the EU country.

The future developments should be seen soon, but the prospects of these two shipyards — financial troubles, losing jobs and having state subsidies — will not be condoned by the European Commission. 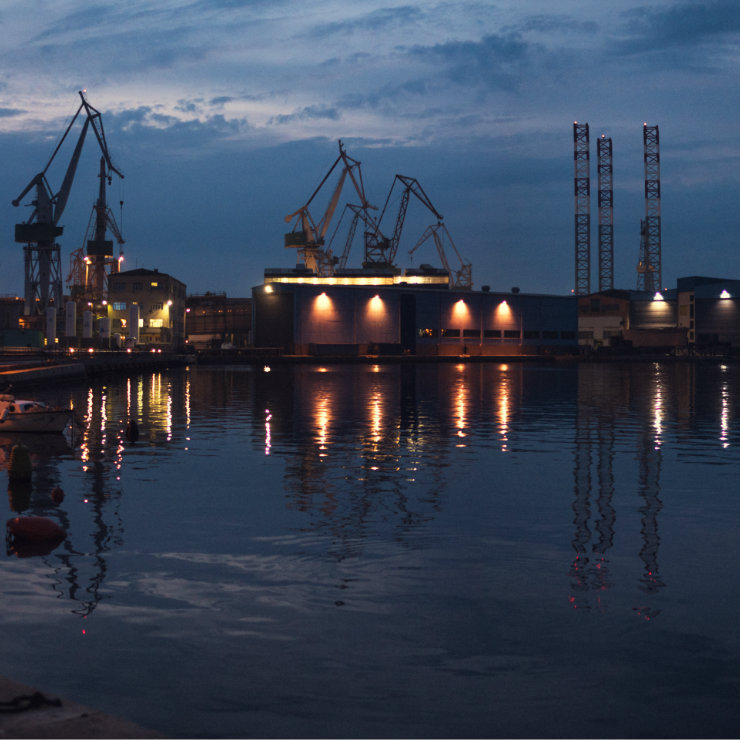