The European Union is torn — on the one hand, it does not shy away from close relations with the United States, on the other — it is perfectly aware of China’s importance as an economic partner. This indecision was apparent during the last EU-China summit in Beijing, after which the two parties issued an only very general joint statement. However, this seemingly perfunctory declaration of the two powers marks a big step forward in their relations, because last year’s summit ended without any joint statement being issued.

To ensure balance, Brussels is strengthening its ties with Beijing. China and the EU have already stated on many occasions that they are opposed to protectionism and unilateralism, and they have „strongly supported” the multilateral trading system built around the World Trade Organization. At the same time, they assured that they are not striking an alliance against the American policy of imposing customs tariffs in order to pressure other partners into making trade concessions. However, actions speak louder than words — we are currently witnessing some rapprochement between Europe and China. The EU continues to negotiate an investment agreement with Beijing, and during the last EU-China summit the parties signed six framework agreements covering virtually everything from a joint investment project worth EUR500m to cooperation in the area of securities. The importance of the mutual relationship for the two parties was clearly visible during the recent talks in Beijing, which were conducted in a very gentle manner: the leaders refrained from discussing any particularly sensitive issues, such as the One Belt One Road (the New Silk Road) project or the 16+1 initiative.

The One Belt One Road treated with suspicion

The relations between China and the EU have always been complicated and characterized by conservatism. The distrust of the old EU member states is primarily caused by China’s initiative of regional cooperation with the countries of Central and Southeast Europe (CSE) in the 16+1 formula (China and Albania, BiH, Bulgaria, Croatia, Czech Republic, Estonia, Hungary, Latvia, Lithuania, Macedonia, Montenegro, Poland, Romania, Serbia, Slovakia, Slovenia), as well as the One Belt One Road project promoted through that format. The progress of the cooperation within the 16+1 platform was emphasized during the 7th summit of the heads of governments of China and the CSE countries in July of this year. China is also deepening the local co-operation with this part of Europe — there are over 60 CSE regions partnering with Chinese provinces, and over 100 pairs of sister cities. Freight trains between China and Europe have already completed over 9,000 trips since 2011. Many multilateral platforms for professional cooperation have been established. The 16+1 initiative has also become an important vehicle for China to carry out investments within the framework of the One Belt One Road project.

Western Europe suspects that China is attempting to enter the EU through the back door, which could contribute to divisions within the community. Meanwhile, China often invites EU representatives to take part in the 16+1 summits in order to alleviate the concerns of the old EU member states. However, the EU does not appreciate the importance of these events and usually sends relatively low-ranking officials to these talks. This is not a well-considered long-term strategy for the EU, because the 16+1 initiative should be seen as an integral part and a very useful addition to the strengthening of the EU-China cooperation.

In reality the EU is concerned not only about China’s intentions towards the European community and its market, but also about China’s trade and economic practices. These include, among others, providing subsidies and preferential treatment to state-owned enterprises, or restricting the access of foreign companies to the Chinese market. These issues are certainly an important area where Brussels and Washington agree. However, these concerns are not strong enough for the EU to turn against its important partner and to form an alliance with the United States. Such behavior would be unreasonable from the point of view of the European Union’s interests. Both the EU and China exhibit a very pragmatic approach to the promotion of trade, investment and economic cooperation, all of which seem to take precedence over political issues.

In 2017, China ranked the second among the EU’s trade partners. The value of the European Union’s trade with China reached EUR573bn, and accounted for 10.5 per cent of the EU’s overall trade. The EU has a sizable trade deficit with China in the field of goods, and a large surplus in the trade in services. In 2016, investment flows between the two parties amounted to EUR223bn. Particularly intense commercial links between EU and China are found in the field of machinery and transport equipment (EU deficit of EUR87.4bn), products of the chemical industry and their derivatives (EU surplus of EUR6.9bn), various industrial products (EU deficit of EUR86.1bn) or the processing industry products classified according to the material (EU deficit of EUR30.4bn).

Hasty return to the negotiating table

The numbers don’t lie. The EU and China cannot disregard each other, because they are to a great extent economically dependent on each other. As a result, one should not expect a US-EU alliance against China. Moreover, the European Union’s recent agreement with the United States is treated with a degree of mistrust by many European officials. America’s foreign policy is no longer seen as predictable, and because of that the EU prefers to continue negotiating with China, but will also not declare its support for Beijing’s activities directed against the United States.

At the same time, one can get the impression that the United States is unlikely to shy away from its aggressive stance. Meanwhile, the retaliatory measures of other countries have little impact, apart from enraging the opponent further. This is the conclusion that was reached by the EU, which quickly joined the Americans at the negotiating table in order to defend its interests. Because of that, instead of circling around Washington and looking for an ally in the EU, Beijing should directly target the source of the conflict and start intensive talks with the Trump administration. Such an opportunity emerged at the end of August, as the Chinese delegation was invited to the United States for trade talks. Although the meeting did not result in a breakthrough in the mutual relations between the two countries, it is possible that it constitutes the first step towards further negotiations.

Ewa Cieślik is an expert on Chinese financial markets and works at University of Economics and Business in Poznań, Poland.

Category: Financial markets 30.10.2020
In a sample of over 700 firms analyzed in July and August 2020, refusal to grant a loan was very rare and only affected few per cent of respondents. In particular, incidences of refusal to finance a good investment project due to excessive caution of banks was marginal. 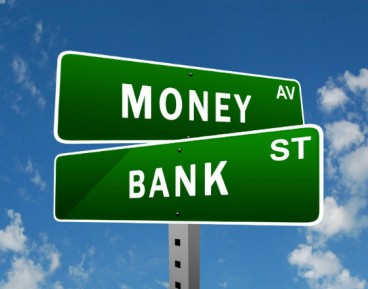