30.07.2020
A sandstorm in Kiev, deserts in locations which have been covered with lush grass — this is the harsh reality in Ukraine, which has been affected by the biggest drought in 120 years. Experts are pointing out that Ukraine’s rivers are not only running low, but the water in them is polluted. 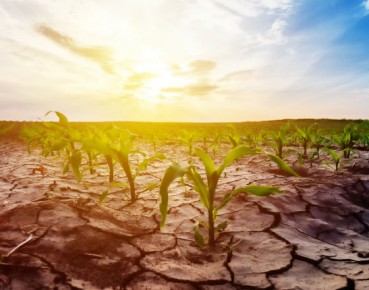 In March and in the first decade of April 2020, the hydrological situation in the Dnieper River basin was extremely difficult. The Ukrainian Hydrometeorological Center reported that the water levels in almost all the tributary rivers, as well as the inflow of water into the artificial water reservoirs on the Dnieper, were among the lowest on record. On the Desna River — an important tributary of the Dnieper — the flow of water in April 2020 was only 15 per cent of the normal levels. Given the low water levels and the long-term weather forecasts, which indicate that rainfall will be below the normal levels during the growing season while the temperature will be about 1-2 degrees Celsius above the norm, it is possible that a hydrological drought could occur. This would necessitate more economic consumption of water.

“In such climatic conditions, small rivers with small drainage areas will suffer the most. If there is no rain, then they could even dry up completely. The groundwater balance will be upset,” commented Vitaliy Zhuk from the State Water Resources Agency of Ukraine.

Victoria Boyko from the Ukrainian Hydrometeorological Center points out that Ukrainian rivers not only carry less water than before but because they did not freeze during the winter they failed to undergo the process of self-purification and the water is now more heavily polluted. This will have a negative impact on the economy. “Limits or restrictions could be placed on the use of water in agriculture. What we are now seeing are long-lasting trends,” she said.

The estimates provided by the Ukrainian analytical centers indicate that the agricultural harvests have fallen significantly compared with the previous season. Although the government claims that the food security of the Ukrainian people is not threatened in any way, gone is the sound performance of the agricultural sector, which accounts for 44 per cent of Ukraine’s export revenues.

The drought has already led to the loss of 80 per cent of the crops in the Ukrainian part of the Bessarabia region on the Black Sea. Local farmers are trying to save their crops with artificial field irrigation, but they have estimated the losses associated with the expenses incurred on the land leases, the seeds, the field works, and the cost of the equipment and the workers. Based on initial calculations, such losses could amount to approximately USD500 per hectare. In view of the upcoming opening of the agricultural land market to small leaseholders — currently planned for next year — this could have catastrophic consequences for the smaller farmers. They simply won’t have any chance in competition for agricultural land with the agricultural holdings which have enormous capital resources.

With each passing year an increasingly larger part of Ukraine’s farmlands have to be artificially irrigated in order to be fit for agricultural activities. Meanwhile, the State Water Resources Agency of Ukraine has announced that it will introduce restrictions on the use of water for agricultural purposes. This will cause problems not only for crop producers, but also for meat producers that consume vast amounts of water on their farms. It has already come to the point where the agricultural holding HarvEast announced its intention to irrigate its fields in the Donetsk region using the treated municipal wastewater from the city of Mariupol.

The drought will also crush other non-agricultural sectors that require huge amounts of increasingly scarce water. If the water levels remain low, hydroelectric power plants, industrial plants and the water transport sector will all be affected by the restrictions.

In an official press release the State Water Resources Agency of Ukraine informed that for the first time in 120 years Ukraine is in a situation where the hydrometeorological conditions could lead to a reduction in the consumers’ rights to use water. If restrictions are introduced, securing the supply of drinking water and water for household purposes will take priority. The Ukrainian agriculture and industry will be next in line when it comes to access to the water supply.

Is the golden age already over?

Experts claim that the nature of these droughts and negative hydrological trends is not temporary, but systemic. This calls into question the future of domestic agriculture and Ukraine’s role as the “breadbasket of Europe”.

In mid-April 2020, the Ukrainian capital was paralyzed by a dust storm. This was because part of the Polissia region — historically known for its extensive marshes — has dried up. “Polissia, which was traditionally supposed to be the green sponge in the north of Ukraine, and which is responsible for our humid climate, has been drained and depleted for decades. The goal was to turn it into arable fields, to extract peat and to harvest timber. After the first snowless winter and rainless spring in years, it turned out that there are no more water reserves in Polissia. The strong winds literally blew out the soil from the dried out areas and moved it many kilometers away, covering large expanses of land with several centimeters of dust,” described the situation Oleksiy Vasylyuk, the head of the Ukrainian Nature Conservation Group.

Due to exploitative farming practices, the agricultural holdings and the largest farmers have deprived Ukraine of its natural water retention capacity. They destroyed meadows and tree lines separating the individual fields. Even nature reserves are now being used for crop cultivation. Already during the times of the Soviet Union, 54 per cent of Ukraine’s territory was ploughed and used for crops. After Ukraine regained its independence, this already very high percentage has been increasing further with each passing year. Today, the share of ploughed agricultural land reaches 70 per cent. In comparison, the average share in European countries is around 35 per cent.

In the Polissia region farming activities were extended to all available areas. This even includes the flood plains along the rivers, which were not used in the days of the Soviet Union. Areas once covered by meadows and young forests have now become farmlands. The forests were cleared out, and the meadows were destroyed. “I came across a sandstorm on the route between two fields. These were previously meadows and they were only adapted for agricultural purposes in the autumn. Already from a distance, you could see how the wind is taking off entire layers of soil from the fields. And this is just the beginning. The forests of Polissia have been drying up for several years now due to the lack of water. Newly planted trees are too weak to hold off the wind. At the same time, how many chicken farms have been built in recent years? And they are always built in locations with underground water reservoirs. You’re asking where is the water? Well, go to our ‘poultry barons’ and ask them,” wrote Andrii Kolpakov from Da Vinci AG Analytic Group.

In his opinion, in order to prevent a disaster — especially in view of the liberalization of the agricultural market in 2021 — Ukraine needs strict environmental legislation as well as a good and effective strategy that takes climate change into account.

Desertification resulting from exploitative agricultural activities is not a new phenomenon in Ukraine — more than a hundred years ago, the largest sandy desert of Europe, known as the Oleshky Sands, was formed at the mouth of the Dnieper River on the Black Sea coast. The dunes on the bank of the Dnieper River, currently covering an area of several hundred square kilometers, are the result of large-scale cattle grazing that led to the destruction of the steppe vegetation.

Water for the Crimea

While Ukraine is struggling with the enormous water shortages, some have floated the idea that the country should resume the supplies of water from the Dnieper river to the Russian-annexed Crimea. The supplies of water from mainland Ukraine to the peninsula via the North Crimean Canal were suspended back in 2014. Combined with Russia’s increased water consumption for military and industrial purposes, this has led to the disappearance of agriculture. Some locations in the northern, steppe part of the peninsula have already returned to their natural semi-desert state existing prior to the opening of the canal.

At the beginning of March 2020, the water levels in artificial reservoirs serving the needs of the population were sufficient for 90–100 days of consumption. As a result, restrictions on the supply of water to the residents have already been introduced in Simferopol, which is the second largest city in Crimea.

Since the beginning of the year, Ukrainian politicians from the President Zelensky’s ruling party “Servant of the People”, have come up with several concepts. One assumes that Ukraine should simply sell water to Russia like an ordinary commodity. Another approach is that water should be provided in exchange for political concessions from Russia in the Donbass region. Denys Shmyhal, who was appointed as the prime minister of Ukraine in early March 2020, favored supplying scarce water to Crimea in one of his first public speeches. “Failure to supply water will lead to a humanitarian disaster. We should keep in mind that Ukrainians live there. We will not block water supplies for them. The occupier cannot be responsible for the Ukrainians who live there. This is not about trading with the occupier. And this is not about some business deals. This is a matter of humanitarian responsibility for the people who live in Crimea,” he said. However, after a wave of criticism, he declared that he had already backed away from the idea.

“There is a water shortage in Crimea. In the steppe part of the peninsula, this has already caused a catastrophe for agriculture, but there is no room for sentimentality here. In accordance with the Geneva Convention of 1949, all responsibility for the well-being of the people in an occupied territory rests with the occupying state,” said Mustafa Jemilev, the leader of the Crimean Tatars, while commenting on the proposal to resume water supplies to Crimea. 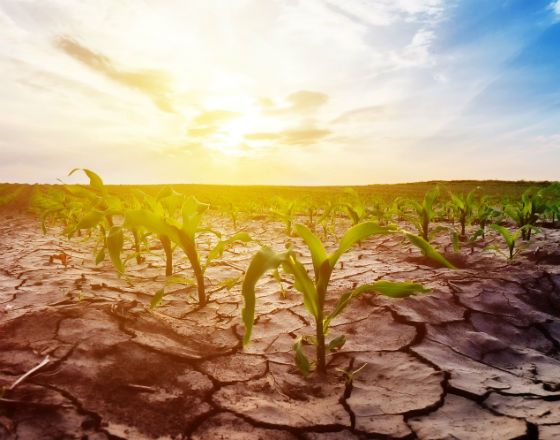