All eyes on the Arctic

08.10.2018
The Russian Arctic maritime highway, the Northern Sea Route, has recently been in the center of attention, and this is well received in Beijing, which has its own plans for the so-called “Polar silk road”. 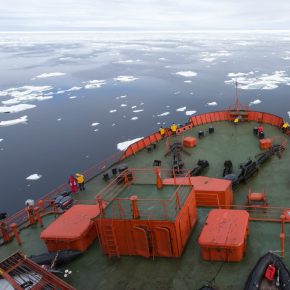 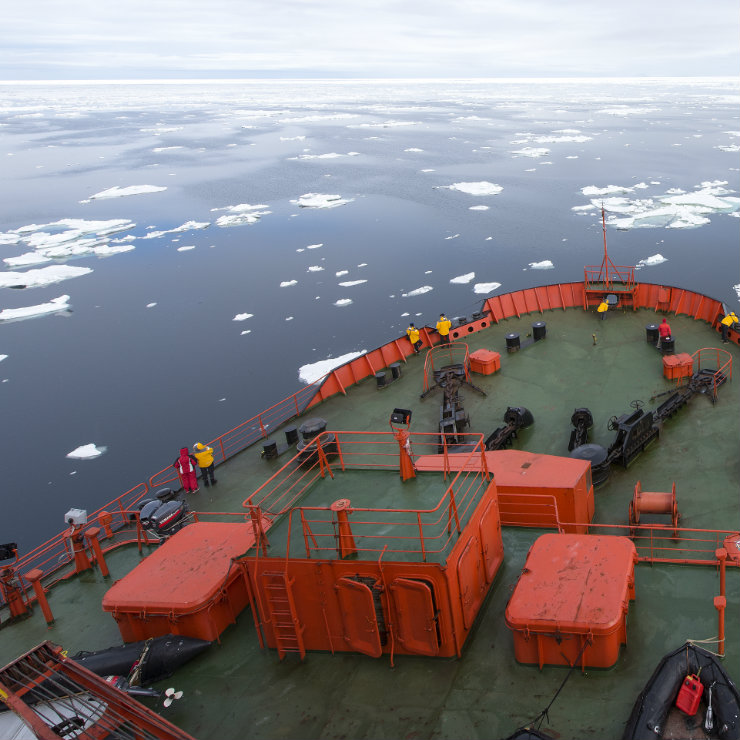 An increasing number of large shipping companies are taking the risk and send their vessels to sail the route stretching from Murmansk in the west to the port city of Vladivostok in Russia’s far east (read more). This is good news for Russia, which hopes to become a dominant Arctic power and boost the economy of its underdeveloped Arctic regions. After Russia’s natural gas corporation Novatek shipped the first ever liquefied natural gas (LNG) cargo to China using the Arctic Northern Sea Route in July this year, another shipping giant opted for the Arctic icy highway to deliver goods to far-away lands. Maersk, the world’s biggest container shipping group, sent its brand new ice-class vessel Venta Maersk to traverse the Northern Sea Route.

Maersk’s decision to test the Arctic icy waters for commercial use is a testament to the fact that Russia’s efforts to build an alternative shipping route to the Suez Canal, albeit with a much smaller throughput, are attracting some serious global shipping players. “A well-respected company like Maersk sending a container ship through the Arctic, definitely signals there’s something there,” Malte Humbert, a senior fellow at U.S-based think-tank Arctic Institute, told Reuters.

Although the Northern Sea Route significantly shortens the sea transport times from Asia to Europe, there are still a number of drawbacks that dissuade many shipping companies from taking the full advantage of the Arctic route. Among those are higher transit fees, high rates of insurance, and the astronomic fees that any commercial shipping company has to pay for Russian ice-breaker escorts.

The numerous advantages of exploring the “northern shipping option” for commercial traffic might be slowly winning over some of the large freight companies. And the Danish giant Maersk is not the only major shipping company up for the task. The Northern Sea Route has already been used by the Chinese COSCO.

“Our goals it to make it a truly global and competitive transport route,” Russian President Putin told the Federal Assembly in March this year. According to the Russian Ministry of Transport, 2017 saw a record amount of cargo going through the Arctic route. In fact, the amount of cargo shipped along the “Russian Suez Canal” has been growing steadily since 2013, with the last year in particular seeing a surge in freight tonnage. To be more precise, a volume of 9.7 million tons of cargo were shipped on the route during 2017, according to World Maritime News. And Moscow expects a tenfold increase in cargo on the route by 2025.

It needs to be acknowledged that only a small fraction of the last year’s record-breaking cargo volume was shipped across the entire stretch of the road, stretching from Murmansk in the west to the Bering Strait in the east. According to Foreign Policy, only 194,364 tons of cargo moved across the entirety of the road. The vast majority of the last year’s cargo was shipped only internally, from one Arctic port to another.

The Russian government sees an enormous potential in the Northern Sea Route. There are two main reasons for that. One has to do with the vast amounts of natural resources hidden in the Arctic shelf. This concerns primarily the Yamal region on Russia’s northern coast, which harbors vast reserves of oil and natural gas.

In December 2017, Russia’s second liquid natural gas (LNG) plant, built by the privately owned Novatek, opens up new Asian markets for LNG tankers steaming east through the Northern Passage. And there are already plans for a second plant fed by the Yamal gas fields.

There are currently over 200 gas and oil fields in Yamal. Moreover, the region boasts proven hydrocarbon reserves of 44.5 trillion cubic meters of gas and nearly 5 billion tons of oil. The first Yamal LNG plant has an output capacity of around 16.5 million tons per year that already almost triples Russia’s LNG production and has made it a major player in the business overnight. Moreover, the gas in Yamal Peninsula is significantly cheaper to produce than some of its global alternatives, including the US’ liquefied natural gas.

Besides the energy issue, Moscow hopes to take advantage of the surge in the use of the Northern Sea Route to develop its Arctic regions. The Russian government plans to invest tens of billions of USD by 2030 to build ships, navigational aids, and more ports along the route. It also plans to build a unified transport system that includes the Arctic that would be used as a sort of a national maritime super highway, connecting several different ports along the Northeast Passage to a system of railroads and rivers in the northern parts of Russia, including several important mining settlements such as Norilsk, that are cut off from the “mainland,” as the rest of Russia is known to the locals of these towns. Improved infrastructure would bring the periphery closer to the center, allowing it to benefit from the economic interaction.

It’s the Arctic energy trade that brings Russia and China closer together; Beijing has already invested around USD12bn in the construction of the Yamal gas project and is to become one of Russia’s largest gas customers. According to Foreign Policy, China is eager to work with Russia in the development of the Arctic region in order to meets its huge demand for natural gas. “The Arctic route is a way to avoid the Strait of Malacca — a maritime chokepoint whose vulnerability to blockade has for years haunted Chinese leaders,” Keith Johnson and Reid Standish writing for Foreign Policy say.

The Chinese government has recently formulated its goals in the Arctic in a white paper titled “China’s Arctic Policy”. According to the document, “China hopes to work with all parties to build a ‘Polar Silk Road’ through developing the Arctic shipping routes. It encourages its enterprises to participate in the infrastructure construction for these routes and conduct commercial trial voyages in accordance with the law to pave the way for their commercial and regularized operation”.

According to the Russian news agency Tass, Chinese investors are particularly interested in Russia’s far east regions. Big development projects such as a high-speed railway connecting the Russian port city of Vladivostok with the nearby Chinese city of Mudanjiang or a Russian-Chinese trans-border economic zone are planned to be financed largely by Chinese investments.

“In the coming years, given the changing climatic conditions, the Northern Sea Route can become the most important transport artery of Eurasia in the Arctic. It is of particular interest to China which sees the development of the Arctic route as an opportunity to develop its Polar Silk Road,” Daryana Maksimova from North-Eastern Federal University said to Tass.

Russia is taking advantage of the rapid Arctic sea decline that has in recent decades brought new possibilities for Arctic marine navigation. The debate about the potential replacement of the conventional Suez or Panama Canal routes for international shipping between Atlantic and Pacific regions has been motivated by these far-reaching changes.

The Northern Passage shortens the transport distance from northern Europe to northeast Asia and northwest North America by up to 50 per cent relative to the alternative southern routes through the Suez or Panama canals. By extension, it is assumed that the increasing traversability of the Arctic route will naturally lead international freight companies, eager to push down expenditures, to reconsider their shipping lanes choices.

The seemingly irrevocable Arctic sea ice retreat during the last couple of decades has already gravely impacted the Arctic marine transport systems and shelf exploration, and a lots of studies seem to support the claim that this trend will continue in the years to come.

There are multiple variations of climate models, all projecting a slightly different view of what the future will hold. Nevertheless, most of these models are centered on the proposition that the 21st century will see further decrease of sea ice cover. This doesn’t mean ships that are not accompanied by ice-breakers will be able to use the route any time soon, but open water conditions will prevail longer making the route easier and cheaper to traverse.

For example, in his recent paper, Vyacheslav Khon, from the Institute of Geosciences at Kiel University, calculated accessibility along the whole route for each day of the year. According to the models he selected for his study, the ice-free Northern Passage transit navigation period will grow from 3.5 to 6.5 months per year, but only by the end of this century.

Moreover, even if the Arctic ice continues to melt, there will still be several risks that could prevent many international freight companies from abandoning the Suez option. Multiple studies of the Arctic warn about high risks due to waves and accompanying storm surges and coastal erosions. And that is not to mention the icebergs that will pepper the northern seas. Most of these natural problems forces are expected to be particularly prevalent in the Northern Passage.

In any case, all debates about the presumed threat that the Suez Canal Authority could potentially face by the advent of the opening up of an alternative northern route are still rather premature. The numbers speak for themselves: if the 2016 throughput of the Suez Canal was 819 million tons of cargo, the corresponding figure for the Northern Passage 7.3 million tons — a hundred times smaller.