14.03.2014
According to the latest NBP inflation report, economic growth will gradually accelerate without the risk of rising prices. This will allow interest rates to remain stable. The Ukrainian crisis will not impact negatively on the Polish economy, but invites thinking about a more solid anchoring in Europe – says Marek Belka, Governor of the Poland's central bank Narodowy Bank Polski. 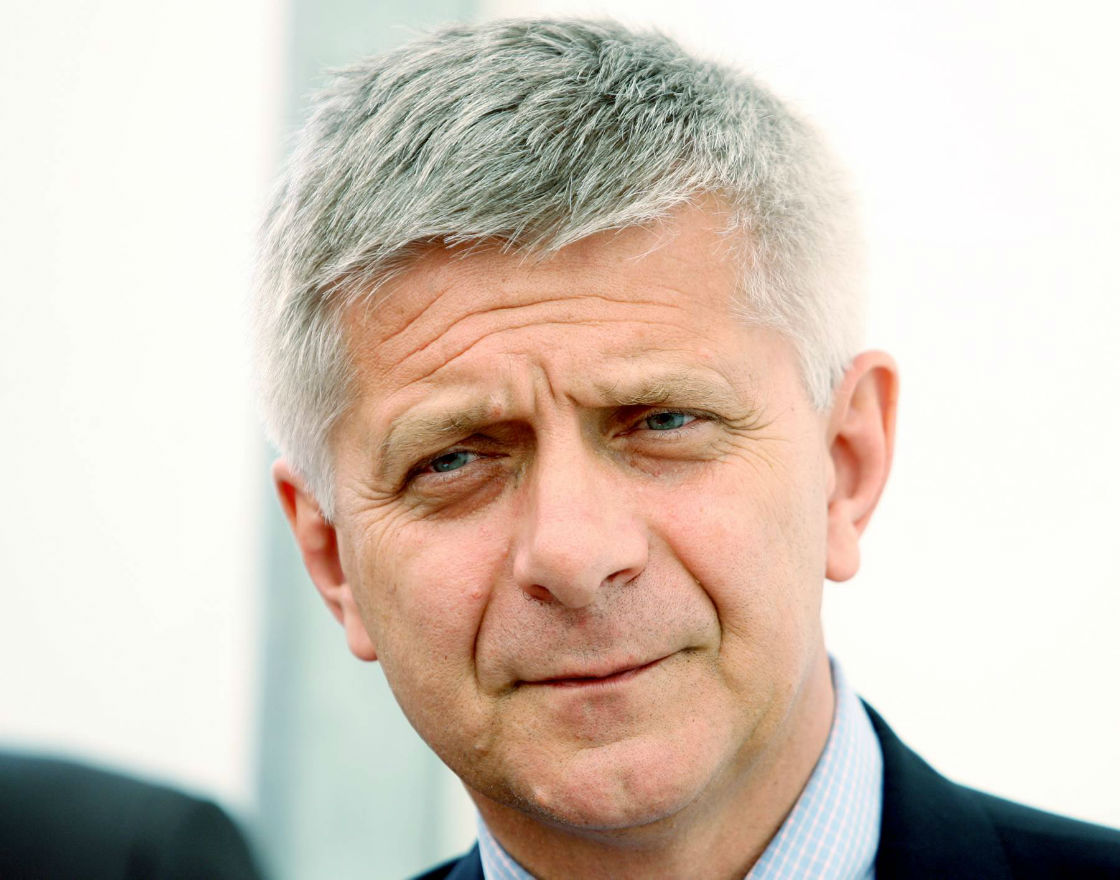 Marek Belka: Indeed we don’t see problems from the point of view of inflation. The latest NBP forecast shows that it should not be a cause for concern this year or the next. At the same time economic growth is accelerating. We have a good time for the economy ahead of us. It is good that the economy is revving-up gradually, and not abruptly. It is not important whether we eventually see 3.5 or 3.7 per cent growth. What is important is the uniformity of the growth in consumer demand, exports, and investments, i.e. those factors that together make up GDP growth, while also not stimulating inflation. This is how it looks.

It is 5 per cent growth in the economy possible without rising inflation?

Let it be 4 per cent. What accelerates rapidly can also fall quickly. Better to avoid that.

Is it – to borrow a phrase – the end of history in the economy?

Absolutely not. One must make a sober assessment of the situation in the economy. Today the situation is good but by no means will it be so forever. Inflation is low, but you have to look at the economy from different points of view, at what is happening in the labor market, or asset markets for example. The point of view of a worker looking for a job is obviously different, but the central bank must look at the whole economy, assessing the potential risk of future inflation.

The economy is beginning to grow faster, but the situation on the labor market is not improving very quickly. So there is no risk of the economy overheating for now?

For now no, and we will certainly not be raising interest rates “just in case.” Because such „just in case” action is costly for the economy. On the contrary, we want to establish awareness that the situation is good, and that the behavior of the Monetary Policy Council and the NBP is predictable and will be so in the long term. In support of this is the decision to extend the horizon of Policy Council forward guidance, which promises that there will be no change in interest rates until at least the end of the third quarter of 2014. The financial market reacted very positively to this, lowering by a dozen or so basis points the yields on ten-year Treasury bonds – and did so during a very difficult situation for international politics. After all, leaving aside the question our country’s image, this is real money in the finance minister’s accounts.

Looking at the latest inflation forecasts one might ask why the Council has not extended even further the promise not to raise interest rates, at least to the end of the year?

The Council discussed this – as I said at the press conference after the last meeting – but decided to extend the horizon by a quarter. It is important to make promises, but even more important to keep them. It’s a question of the credibility of forward guidance and the Council itself, and its future effectiveness. And in assessing the state of the economy, and possible risks, you have to take into account not only our internal conditions, but also the dynamic political and economic situation in Europe and the world. The NBP prepared the inflation report on the basis of data up to mid-February. Quite a bit has occurred over the past few weeks. That begs caution.

How can what is happening in Ukraine and around it effect assessments of the Polish economy?

For now it doesn’t. Some of our exporters may suffer, but the overall assessment of the Polish economy will not change abruptly because of that. The protests in the Maidan lasted a long time, but a month ago no one expected such a sudden change of the situation and the continuation of political events. This shows that analysis must always take into account different, even extreme possibilities. The economic situation of our country has not changed, but the political situation has. This is why I said publicly that we should look at the perspective of Polish membership of the Eurozone, for political not economic reasons, since the economic conditions have not changed.

Did the reaction meet your expectations?

Yes. Politicians and commentators, who are read and listened to, have commented on this. It is not within the mandate of the NBP president to enter into a discussion of the political aspects of Polish entry into the Eurozone. So I do not intend to participate further, but I am satisfied with having initiated the debate. The Ukrainian crisis has many people worried. Some voices are even proclaiming that we might not be safe. I do not think that is entirely accurate, yet such assertions cannot now be ignored. Entrance into the Eurozone would increase Poland’s security and therefore Polish politicians should discuss the matter.

Should this situation produce a new calculation of the risks and benefits of Polish accession to the Eurozone?

A calculation of political, not economic, risks. When it comes to economic risks nothing in principle has changed as a result of what is happening in Ukraine. As for the political aspects, those who are involved with European forums should consider them.  You have to draw conclusions from what can be observed today. Do we want more Europe; do we want to be closer to the strong core of Europe? What really counts in the world? Interests, as it turns out, and not loose commitments.

Crucial here of course is what will happen to the Ukrainian economy. What are the perspectives for an improvement to its current disastrous state? How do you see this realistically, as a former IMF chief of European affairs?

Paradoxically, the terrible economic crisis gives Ukraine a certain opportunity, because there is a window during which, as even Prime Minister Arseniy Yatsenyuk sees it, the government “of desperados” can perform certain actions necessary for the economy, but which unfortunately will hurt. It is clear that in Ukraine you have to raise the price of gas and do so radically. That is one of the most serious problems in Ukrainian geopolitics. Without that it will be impossible to balance the country’s finances. The second most important step is to release the hryvnia. The new head of the National Bank of Ukraine has already done this. The hryvnia has lost 27 per cent. Thanks to that the current account deficit has been reduced, which is sufficient – along with the promised foreign aid – to finance the Ukrainian economy.

So a bit like with Baron Munchausen, Ukraine must first help itself. Yet will others not have to forgive a portion of its debt?

Ukraine must first begin to get a handle on itself and then it can count on safety lines in the form of loans to help pull it out of the economic swamps. However, Ukraine may also need some its debt forgiven, or as it is euphemistically termed – restructured. Though one must look at the geographical structure of that debt because a large part falls in Russia. To begin talking about an orderly restructuring requires the cooperation of creditors.

In the meantime, weeks rather than months may be significant for the Ukrainian economy. What can be done in this situation?

If Ukraine decides on deep reforms, including those most difficult reforms of the gas market, then credit assistance from the IMF could come within weeks, not months. These loans are of course offered in installments and must be repaid. Reforms are necessary first, however, to lay the foundations for autonomous growth in the economy and exports. And there is a lot to get going. This is a country with potential; it has a broad industrial base, the right conditions for the development of agriculture and a large internal market. Ukraine has every chance of being a normal, well-functioning economy.

Poland has a lot of experience in pulling an economy out of crisis. This is what we can offer. When it comes to strictly financial assistance, as has already has been announced, Poland is ready to participate in offering such assistance through the IMF. Our contribution is EUR 6.27 billion. However, we will not lend that money directly, but through the IMF. The money will be paid following a commitment by Ukraine to implement the necessary economic recovery program. The IMF takes the credit risk.