18.06.2019
In spite of Russia’s stagnating economy, let alone the highly unfavorable political climate between the Russian Federation and Europe, the volume of Russian-German trade in 2018 increased by nearly 9 per cent, reaching almost EUR62bn. 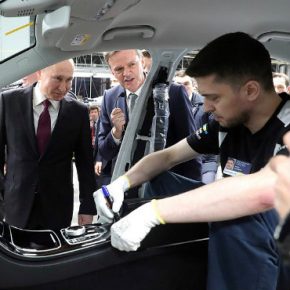 Moreover, according to the Russian-German Chamber of Commerce, investments by German businesses into Russia reached their highest level in the last decade, exceeding EUR3bn. This is the highest level since the financial crisis of 2008. The increase in economic activity between the two countries has been taking place despite the sanctions that the western countries have imposed on Russia, and the counter-sanctions that Russia has imposed on Europe and the United States.

“Along with such large-scale projects such as Nord Stream 2, it has been mostly small and medium size German businesses that have been exploring the possibilities of the Russian market,” the Chamber’s Chairman Matthias Schepp said, as quoted in the press release.

According to the official numbers released by Germany’s central bank, the Deutsche Bundesbank, the German net direct investment in Russia amounted to EUR3.26bn in 2018.

It was only in the years 2006 to 2008 that the German net FDI were higher than currently. The year 2007 still remains a record year with EUR7.4bn in German FDI to Russia, the press release says.

According to Mr. Schepp, the increasing interest in German-Russian trade is reflected in growing membership of the Russian-German Chamber of Commerce. “In the past two years, the number of members increased by ten percent to just under 900,” he noted.

Besides Germany’s Mittelstand companies — firms with fewer than 40 employees and only a several millions of EUR in revenues — large German automakers are among those most interested in doing business in the Eurasian country. For example, since 2014, Volkswagen has spent more than EUR0.5bn on its production lines in the Russian cities of Kaluga and Nizhny Novgorod.

Another German carmaker, Daimler, spent more than EUR250m on the construction of a new plant near Moscow. The Mercedes-Benz factory was officially opened in April 2019, at a ceremony attended by President Vladimir Putin. The opening ceremony was the final stage of a process which started in early 2017 when the German automaker signed a deal with Russia’s authorities.

Although the Daimler Group has been producing trucks and vans in Russia for a long time, the new plant is intended solely for passenger vehicles, a historic move on part of the German automaker. So far, all Daimler’s passenger cars such as the iconic Mercedes Benz had to be imported to Russia. This will change now with the new production facility.

The plant is located in the town of Esipovo around 40 kilometers north west of the capital city of Moscow. It should employ almost 1000 people and produce around 25, 000 cars per year.

According to the German broadcaster ZDF, the building of the plant will likely push other German and foreign investors to pump money into the Russian market. For example, the French automaker, Opel has already announced its comeback on the Russian market after the withdrawal due to sales issues in 2015.

As the uptick in German investments suggests, Russia remains an attractive destination for German and other foreign investors despite its multiple economic woes, which are rather numerous. For instance, in April, the Russian statistical office, Rosstat, reported that Russia’s real disposable income fell again in the Q1’19, extending the stagnation in the country’s real spendable income into its sixth year in a row.

The stagnation in real disposable income has resulted in a slow deterioration in the quality of life for ordinary Russian citizens, as well as falling rates of retail sales, as many Russian citizens struggle to pay for the most basic amenities.

However, despite the ailing Russian economy, German carmakers and other manufacturers find many reasons to increase their presence on the market.

According to Matthias Schepp, many German businesses are eager to take advantage of the weakening Russian currency. The RUB has lost half of its value in recent years, giving foreign companies an incentive to invest in production facilities in the country. Foreign businesses can make large profits by producing cheaply in Russia and exporting goods to countries with stronger currencies.

Unit labor costs in Russia are now as low as in China, at least in the textile industry. “The weak RUB makes new investments in Russia attractive,” Schepp was quoted by the German business daily Handelsblatt.

Another strong incentive for foreign investors to enter the Russian market is its sheer consumer power. Although the purchasing power of Russian citizens has been decreasing in recent years, the country has still more than 140 million potential consumers, far more than any single European country. 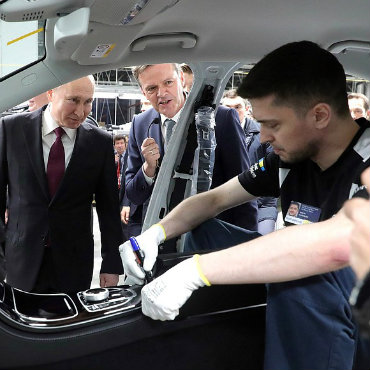