04.06.2018
St. Petersburg, although is the second biggest city in Russia, is still lagging behind not only most of the European metropolises, but also its more immediate competitor – Moscow. 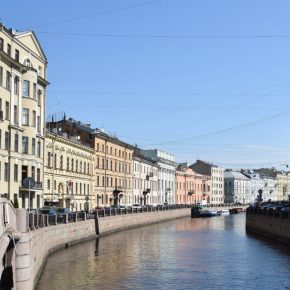 Situated on the Neva River, at the head of the Gulf of Finland on the Baltic Sea, St. Petersburg is the fourth largest city in Europe. With population of more than 5mn, the former Russian capital stands above – population-wise – continental hubs like Lisbon, Barcelona, Athens and Berlin.

Traditionally, St. Petersburg has been the center of Russian culture. Moscow, on the other hand, is the place where Russia’s political and economic power is concentrated. The same applies to finance. And, what is particularly important for startups, venture capital (VC). Many young entrepreneurs from other Russian cities, even large cities like St. Petersburg, have been complaining about the lack of access to financing for their projects.

This, however, seems to be a general problem in Russia. The country’s startup scene has suffered from a lack of finance in recent years, as western sanctions and the following economic decline and ruble devaluation forced many Russian venture capitalists out of business. And those who survived tend to concentrate in the capital, which, in turn, attracts young talent to Moscow at the expense of other Russian cities.

St Petersburg does have one big advantage over Moscow for a young start up though: it is cheap. Moscow’s rents, and the general cost of living, is much higher than in St. Petersburg, which is a significant factor for the young startup community. The city has also plenty of ties with close neighbors in Finland, where the VC landscape is more developed. Furthermore, St. Petersburg has a lot to offer in terms of its tech infrastructure and human capital. St. Petersburg-based academic institutions, such as ITMO University, Peter the Great Polytechnic and St. Petersburg State Institute of Technology, offer the local economy a great number of highly-skilled graduates each year.

ITMO’s (St. Petersburg University of IT, Mechanics and Optics) continuous to success at the ACM World Programming Contest, an annual programming competition among top universities from all around the world. So far, ITMO is the only seven-time winner of the world championship.

One outstanding product of the St. Petersburg educational system is Pavel Durov, the founder of the social network VKontakte, commonly referred to as “the Russian Facebook”. Durov graduated from the Philology Department of the St. Petersburg State University in 2006. Currently, he and his brother are focusing on developing their next company, Telegram, an encrypted messaging service, which has recently gone public. Apart from the largest social network company in the Commonwealth of Independent States (CIS), St. Petersburg has seen the creation of some of Russia’s leading tech brands, such as Mail.ru Group, DataArt and Reksoft.

The abundance of tech talent combined with relatively low wages has attracted some of the world’s largest technology firms, such as Google, Corning, HP Labs or Intel, who have established their research and development centers in St. Petersburg.

Moreover, to further boost the city’s innovative potential, the government plans to build an arm of the Moscow’s Skolkovo Innovation Center, a high technology business area built an hour outside of Moscow in 2009, in St. Petersburg. The center will be operated by the ITMO and the cost will be RUB41bn, according to Vedomosti.

In today’s St. Petersburg there is a number of young companies that have already made a name for themselves, both locally and nationally. Some have even expanded their operations abroad. Arguably, the three most talked about St Petersburg startups at the moment are Cardsmobile, Babadu and Napopravku.

CardsMobile (Bescontact LLC) is an innovative technology company founded in 2012. The company is a resident of the “IT cluster” at the Skolkovo Innovation Center. The company developed and commercially launched an NFC (near-field communication) Wallet pre-installed on a leading manufacturers’ smartphones.

Cardsmobile’s flagship product, the phone application “Koshelek”, allows its users to upload fully-featured bank and travel cards over the air right into the smartphone and use them for payments with a touch of the phone over the payment terminal, as well as contactless transport cards for ground transportation and subway. Furthermore, the app users can issue discount cards of retail chains and digital coupons in the application too. This has been made possible through the development of a special platform, which has been certified in accordance with the international MasterCard standards.

According to Retail.ru, the company’s phone app is currently installed on more than 4.5 million devices, using both Android an iOS. Around 170,000 retail chains, shops, cafes, restaurants and hair salons all over Russia are registered in the company’s database.

In September 2017, company’s CEO Filip Shubin announced Cardsmobile’s plans to expand to its first foreign market – Kazakhstan. After concluding deals with most Russia’s major retailers, the company plans to sign similar deals with major Kazakh players. “Currently, we are working on first integrations with banks in Kazakhstan. Starting in April, we are planning to invest in audience and partnerships with retail. Later this year, we plan to expand to other CIS markets and also to western Europe,” Cardsmobile Head of Marketing Kseniia Rabinovich told bne IntelliNews.

Relying on a distributed blockchain network, the platform will enable to businesses to create and manage coalition and cross-promo mechanics in any loyalty programs, ensuring data security and a degree of control over the process. After its launch, the primary users will be the existing users of the Cardsmobile app. The next stage will be an expansion to international markets targeting participants such as: loyalty program operators, mobile applications, banks and financial institutions, online retailers and other service companies.

In 2016, the company was valued at USD8.7m. The same year, Russia’s IT company group encompassing 41 different companies, Lanit, bought 28.6 per cent of Cardsmobile’s shares for USD2.5m. The company’s profit in 2015 was RUB70m (USD1.1m). The information about the company’s current valuation is not publicly available.

According to Rabinovich, “Cardsmobile’s current valuation will be announced after the next investment round is closed, which will be in April 2018.”

Babadu is an online hypermarket selling products for children. Founded in 2010, it’s already one of the top 10 online retailers of goods for children and young mothers in Russia. The company combines an online store (toys, licensed clothing, etc.) with an internet portal aimed at promoting education and a healthy development of children. Pretty much since its founding, the company has been showing an impressive annual growth of over 100 per cent.

With an investment of “a couple of million USD”, according to Tass, Babadu’s first investor was Target Global, an international venture capital firm investing in fast-growing companies around the world. In 2014, the company received an additional RUB110m worth of investments from Russia’s state Internet Initiatives Development Fund (IIDF), a VC established by the Agency for Strategic Initiatives.

In January 2017, the company received an additional RUB200m worth of investments from Bank St. Petersburg. The money was used for the further development of the company’s technological platform, introduction of new products and enhancement of marketing operations. “The children segment of online purchases is growing at a much faster pace than the market overall. Since 2013, Babadu has increased its revenue by more than 1000 per cent, reaching more than RUB1bn,” Target Global’s managing partner Mikhail Lobanov said in an interview with Tass.

According to Lobanov, there are only about 50 stores in Russia with such high revenues. “The segment of children’s goods is one of the most stable ones in Russia. Even in 2014-2015 the company was growing steadily – people are simply not willing to save money at the expense of their children,” he added.

As far as online shopping in Russia is concerned, children’s retail is one of the most promising segments. “The decision to invest in Babadu was made on the basis of the segment’s overall annual growth, both in Russia and worldwide,” deputy chairman of the board of Bank St. Petersburg Vladimir Reutov told Tass.

According to RBK, in 2016, Russia’s internet retail of children goods grew by 20 per cent and amounted to RUB52.5bn. At the same time, there is still a plenty of space for growth. “Internet sales of these products still make up only about 4-5 per cent of the total turnover,” IIDF’s investment manager Pavel Nikonov said to Tass.

Founded in St Petersburg in 2013, Napopravku operates an online portal for selection of hospitals and doctors. It allows its clients to access a database of both private and public doctors and clinics across Russia. Doctors and medical institutions can use the platform to advertise their services. And, in turn, people that are in need of medical assistance can browse the database and chose a particular medical professional based on their ratings by other users.

According to the company’s statement, in 2016, the service had more than 1 million users in St Petersburg. The following year, the company expanded its operation to Moscow, Ekaterinburg, Kazan, Krasnodar, Novosibirsk, Chelyabinsk, Volgograd, Voronezh, Nizhniy Novgorod, Perm, Samara and Ufa. In 2016, Russian venture capitalist Boris Zhilin invested RUB50m in the company. 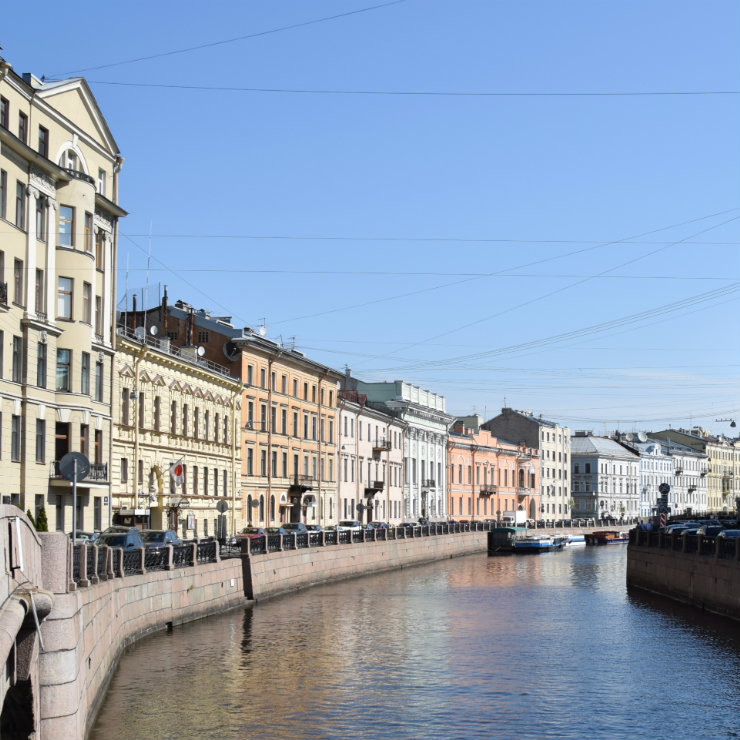