10.03.2019
In 2018, the Komercijalna banka (Commercial Bank) in Serbia achieved the best results in the past ten years, as it expects a profit of about RSD8.3 bn (over EUR70m). The bank has reversed the trend of declining market share. 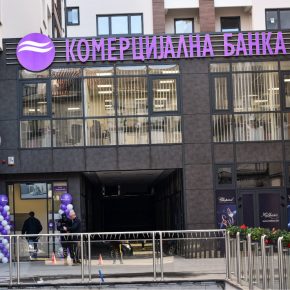 Such a positive figure has not been recorded for a long time, so the bank in Serbia will make profit before tax of around RSD8.1bn at the end of 2018. In the last year, two international branches of the bank, in Banja Luka (Bosnia and Herzegovina) and Podgorica (Montenegro), have been consolidated, and over EUR2m of their profit will be added to the previous figure, which makes a total of about RSD8.3bn.

One of the key goals in the forthcoming period is the further reduction of NPL.

So the government decided to sell its stake in this predominantly domestic bank, as it would otherwise have to pay EUR25 m to minority shareholders, according to estimated value of the shares. This is a U-turn in the Serbia’s banking policies, which have been usually done in accordance with the political and short-term interests. After a series of bankruptcy of state banks due to unpopular loans given to suspected businessmen by political orders — like a situation in the Vojvodina Development Bank, Agrobanka, Privredna banka Beograd — the situation of the Komercijalna Banka, the largest domestic bank, dramatically deteriorated. The latest quarterly report in 2015 showed that the government-linked tycoons took EUR30m from the Komercijalna Banka.

The profits of Komercijalna Banka fell by more than 63 per cent for the first nine months of 2015. Nevertheless, it secured more than EUR3m for bonuses of management and employees. New CEO, Aleksandar Piker, a former manager of HVB Bank, faced huge losses after taking over from his predecessor, Ivica Smolić, who resigned half a year before. Economist Vladimir Medan, former director of Erste Bank and Basler Insurance, was elected as chairman of the Executive Committee of the Komercijalna Banka in April 2018. The bank had been without a CEO for months, after Piker suddenly resigned in September 2017. The bank has also changed the chairmanship of the Steering Board.

Through monthly reports, shareholders — through their representatives in the Steering Board — are monitoring and participating in the bank’s operations. After obtaining the final results, they will be officially adopted at the Assembly of Shareholders. Any decision on any sale or purchase of the shares of Komercijalna banka depends solely on the shareholders. The bank’s financial results are a basic message for customers and depositors of the bank, and any sale or purchase is something that should not affect the bank’s further business.

This interest for shareholders’ rights is justified. Almost half of the NPLs that troubled the Serbian economy were in the Komercijalna Banka. It has been dealing with this problem for a long time. The current situation in the Serbian banking sector is challenging. There is a formal competition, but the way how the banks structured their remuneration and how difficult is to compare their services makes the competition only a formal one. Unfortunately, from the very beginning of the modern banking sector in Serbia, there was no concern to create banks where clients would have a privileged position.

Otherwise, the Republic of Serbia is the majority owner of 41.7 per cent of the ownership in the Komercijalna Banka. In addition to the state, the shares are owned by the EBRD and „The International Finance Corporation” (IFC), a part of the World Bank, as well as two funds which together hold a 41.4 per cent of shares. There are also several companies holding more than 1 per cent, and the rest are small stockholders. Some economists question the idea of further sale of state shares. Asked what the consequences would be for Serbia and its banking system in the absence of any state bank, if there was a new economic crisis, they consider it would be a good idea for a small Serbian banking system to have a sort of diversified ownership. In that case, they would not be sensitive to certain moves from one center of power or from one part of the global financial market. This is illustrated with an idea that all banks in the country, owned by parent banks from the EU territory, would behave in the same way to their subsidies, so that the level of susceptibility and transmission of the potential crisis from the EU to Serbia would be greater. In their opinion for the health of the financial system it is good to have a domestic state bank and domestic private banks, in addition to the EU ones, as well as having banks outside of the EU. This is a reminder that Serbia also has banks coming from other countries, such as Russia, China, Turkey. Both private and state ownership is indispensable for domestic banks to operate on the strict principles of corporate governance.

Speaking about the digitalization process of banking services in the country and the world, the management of the Komercijalna Banka estimates that in line with contemporary trends for twenty years in Serbia, just like in the world, there will be much more e-banking business. Komercijalna Banka provides almost all services of digital banking to its customers which are available in the same way as in the most developed countries. The fact is that a large number of Serbian clients still largely require a traditional service and want to have a personal relationship with the bank.

The Komercijalna Banka, which consumers experience as a reliable, has a long tradition since it was founded in 1970 in the Socialist Federative Republic of Yugoslavia. The Bank in Serbia currently has 2,775 employees, 202 branch offices and additional 300 employees in Banja Luka and Podgorica. 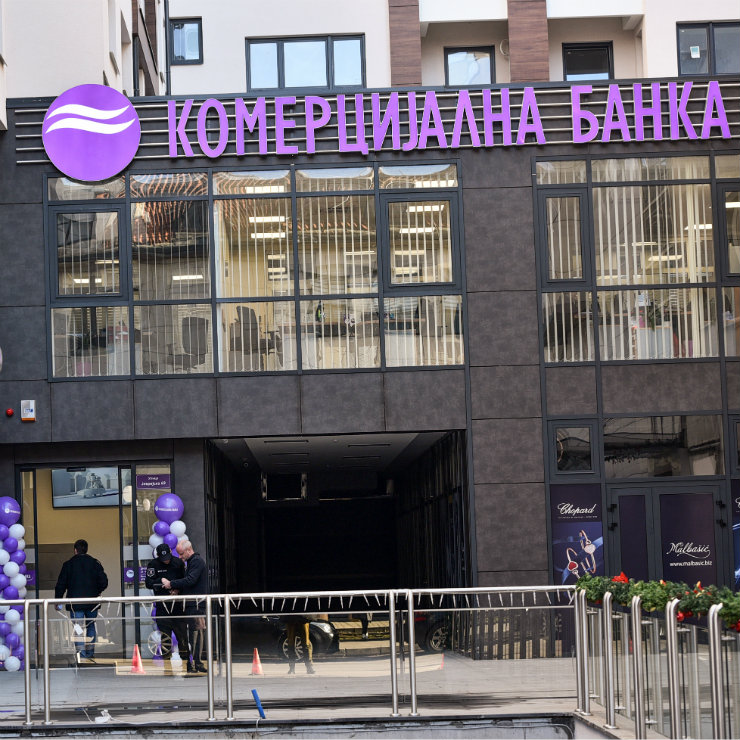