The winners and losers of the coronavirus crisis

27.10.2020
The production of integrated circuits, software and pharmaceuticals is among the sectors whose financial market valuations are currently the highest. Meanwhile, the market valuations of banks, financial firms, and the energy sector have suffered the most as a result of the pandemic.

In the period from mid-February to mid-March, the shares of the largest companies listed on global stock exchanges lost about 40 per cent of their value. This does not mean, however, that capital is simply disappearing from the market. Instead, it is moving to the companies and industries which are not losing as a result of the coronavirus crisis — at least in the opinion of the shareholders — and which could actually emerge as the beneficiaries of the whole situation.

The financial markets’ interest in these companies effectively increases their stock valuations. At the end of July, many markets were only 5 to 6 per cent away from fully making up for the losses incurred due to the outbreak of the coronavirus pandemic. The quotations on the Warsaw Stock Exchange (WSE) do not exactly follow this global trend, which just goes to show that there is an exception to every rule.

The market capitalisation of the sectors and companies which are the most promising in terms of future profits has been growing rapidly after the collapse in March. Five experts from McKinsey — Chris Bradley, Martin Hirt, Sarah Hudson, Nicholas Northcote and Sven Smit — have examined the financial results of the world’s most profitable publicly traded companies from 23 industries.

A total of 2,562 companies were examined, and the authors studied the results of the best companies in the individual industries. Based on the companies’ results from 2018, the amount of funds allocated for investments since 2018, and the change in market capitalisation in the period from December 2018 to May 2020, the McKinsey’s experts estimated their long-term market value.

These calculations show that there are six industries which could be described as winners in the current situation. The highest valued sector is the production of semiconductors and electronic components — its market valuation reaches USD3 trillion.

Other highly-valued sectors include the production of computer software, pharmaceuticals, hygiene products, technology hardware, as well as media companies. McKinsey estimates that despite the pandemic the total profits of enterprises in these industries will increase by about USD275bn.

Meanwhile, the sectors that are currently losing the most include the production of capital goods, insurance, financial services, and utilities. However, the two industries with the worst prospects for the future are energy and banking. The total losses of these six industries, which have been particularly badly affected by the coronavirus crisis, are estimated to reach USD373bn. The overall market balance of the biggest winners and losers is still negative. However, McKinsey points the growing disparity between the winners and the losers.

The market capitalisation of companies and industries is changing dynamically and depends on the stock valuations, which, in turn, are affected by the reports on the companies’ financial results. Because of that, it is preferable to discuss trends instead of current values.

According to a previous McKinsey’s report, which assessed the condition of the world’s 5,000 largest companies according to market capitalisation, between March 23rd and June 26th the rates of return on equity markedly improved in all the industries. And, after all, this is what the investors are the most interested in. Sectors such as the high-tech industry or the production and distribution of pharmaceuticals have already more than made up for any losses incurred due to the coronavirus. Meanwhile, sectors such as the media, retail and advanced electronics are close to returning to the previously achieved results.

The situation is the worst in the case of airlines, the tourist industry, banks, and energy companies. As of June, they only recovered roughly one-third of the previously incurred losses, but their rates of return on equity remain deeply negative.

McKinsey is not the only company examining the changes occurring in the most important sectors of the global economy as a result of the coronavirus pandemic. An earlier report published by PwC shows that the market capitalisation of the 100 largest companies in the world (Global Top 100) decreased by 15 per cent in March 2020, and as of June 2020 it was still a per cent lower than in December 2019. This indicates that the largest firms are coping with the crisis.

According to the assessment of PwC Global, the sectors which will make up for the previously incurred losses at the fastest rate include consumer services, technology companies, health care, and consumer goods.

Innovation in the time of crisis

Category: New trends 18.11.2020
The crisis caused by the coronavirus does not create favorable circumstances for changes in business operations. Most managers seek to maintain their current levels of activity and to limit the possible losses. But the crisis changes the ways in which decisions are made. 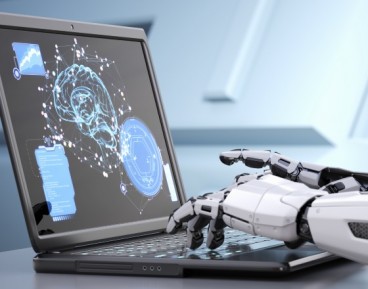