11.06.2020
The Czech government approved the Finance Ministry’s proposal to increase the state deficit to CZK300bn (EUR10.9bn), up from the previously estimated CZK100bn (EUR3.6bn). This is already the worst budgetary performance since the creation of independent Czech Republic. 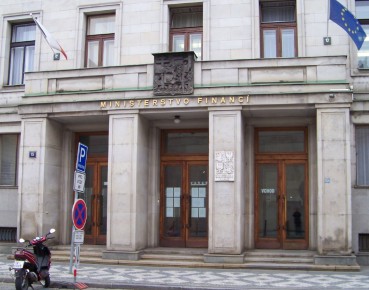 The budget for 2020 was approved by the Czech parliament in early December 2019. The deficit was supposed to be the same as in 2019 – CZK40bn. Although at the time of drafting the budget there have already been the first reports of COVID-19 in China, no one could predict the scale of the economic impact of the virus on the Czech Republic, and the world economy in general.

The Czech government have prided itself on being among the fastest in Europe to react to the global pandemic. The country was one of the first EU member states to declare a state of emergency, which was introduced on March 12th. Following Austria and Hungary, it also ordered a reinstalment of border checks with neighboring countries.

On March 14th, the Czech government issued a temporary ban on all retail and service sales with few exceptions, such as foodstuffs or pharmacies. It was also the first EU country to make it mandatory for everyone to wear face masks in public. The speed with which the government reacted to the health crisis presumably helped to contain the spread of the virus in the Czech Republic. As of June 3rd, the country reported “only” 9,374 cases of infection and 323 COVID-19-related deaths. These numbers are far lower than those in other European countries with similar population size, such as Sweden, Switzerland or Belgium.

However, essentially putting the economy to a halt came unavoidably with a high price. The Finance Ministry reported that the deficit would be much higher than expected in late March. The Czech Parliament approved a new version of the 2020 budget, with a total deficit of CZK200bn, up from the previously estimated CZK40bn.

Only a month later, in late April, the government approved yet another proposal of the Finance Ministry to increase the deficit by another CZK100bn to the total CZK300bn, leaving the country’s budget with a largest “hole” since the inception of modern day Czech Republic.

“The crisis situation persists and there is a further decline in incomes, which is why this amendment is absolutely necessary to save our economy,” Czech Finance Minister Alena Schillerova said at a press conference. “The measures of the Czech government introduced to mitigate the spread of COVID-19 caused a significant decline in economic activity, and thus a reduction in tax revenues of the state budget. At the same time, there was a need to spend extraordinary funds from the state budget to fight the epidemic outbreak and also to support the economy,” the finance ministry’s report read.

Moreover, in its latest macroeconomic forecast, the Czech Finance Ministry said that a further depletion of the state coffers is likely to come. This will likely be caused by a decline in tax and state income from social security, as well as general deterioration of economic activity in the Czech Republic.

The global pandemic strained heavily the export-oriented Czech economy, with the impact being felt the most in the manufacturing sector.

With the outbreak of the global pandemic, client demand, both domestic and international, plummeted. The decrease in demand subsequently caused the fastest fall in unemployment since the financial crisis in 2009.

“The decrease in output stemmed from weak demand conditions, with new orders also dropping at a historically marked pace. Business expectations slumped to a new series low in April, down from the previous record in March, as firms expressed concern regarding the longevity of lockdowns and the path of the recovery,” the report reads.

State aid from the EU

“This Czech guarantee scheme of about EUR5.2bn will support companies with a certain amount of export activities in these difficult times. The measure will help these businesses continue their activity during and after the coronavirus outbreak,” executive vice-president of the European Commission Margrethe Vestager, who is charge of competition policy, said in a statement.

The Commission responded to a notification from the Czech government, asking for financial support under the Temporary Framework for economic support of member states during the Covid-19 outbreak. “The support, in the form of State guarantees on loans, will be accessible to large companies whose exports represent at least 20 per cent of their yearly sales revenue,” the statement says. “The scheme will be managed by the Czech export credit agency EGAP. The guarantees will support lending to those companies, but will not take the form of export aid contingent on export activities as it is not tied to concrete export contracts.”