Despite sanctions Russian wheat export is breaking the records

02.05.2019
According to the Federal Customs Service of the Russian Federation, wheat exports from Russia in 2018 amounted to 40 million tons, which is a new world record for exports., and almost two times more than a year earlier. 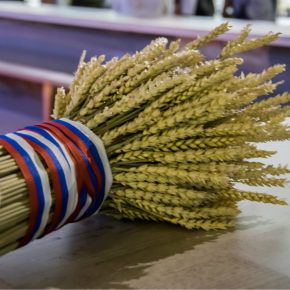 Russia is currently the undisputed world leader in the export of wheat. The previous world record belonged to the United States. In 1981, the United States exported 43.9 million tons. This is confirmed by the statistics of the US Department of Agriculture, but due to the fact that it is not calculated in tons, but in bushels (a measure of volume), there are other opinions on this matter. According to the UN Comtrade foreign trade database, export of American wheat in 1981 amounted to only 41.7 million tons.

At the same time, the Russian Federation holds the leading position for the second time, as the record was also reached in 2016. The results of Russia’s work in the grain market threaten the welfare of American farmers. Many American farmers leave the market. Also, the Russian grain may become even more attractive on the market if additional customs are introduced in the United States. China has already introduced tariffs of 25 per cent for wheat from the United States. On the other hand, in 2018, Russia exported a record volume of grain to China — more than 1.5 million tons, for the first time in the history of modern Russia.

Both countries signed an agreement on phytosanitary requirements for beet pulp (a by-product of beet sugar production, which is a sugared beet chip), as well as rapeseed, sunflower and soybean. The necessary approval procedures have been completed, which will make it possible to add the Kurgan Region to 6 Russian regions that have the right to export wheat to China. Deliveries of soybeans are now possible from all over Russia, previously only five regions had this right.

In 2018, the terms of export of Russian wheat to Brazil were agreed. Indonesia allowed deliveries of corn and soybeans from Russia. This year, delegations from Saudi Arabia, Bangladesh, India, Algeria, China, Iraq, Indonesia visited Russia and got acquainted with the system of ensuring the quality and safety of grain. This will allow increasing Russian grain exports. Currently, Russian grain is shipped to 132 countries.

The main contractor is the Federal Service for Veterinary and Phytosanitary Surveillance (Rosselkhoznadzor), as a federal executive body under the jurisdiction of the Ministry of Agriculture. It was formed in June 2004, as a result of the reorganization of the State Veterinary Service of Russia, the State Plant Quarantine Service (Goskarantin). Rosselkhoznadzor is working with more than 100 countries of the world, including obtaining the right to export Russian products to their markets. The main potential importers of Russian products are the countries of the Middle East, Africa and the Asia-Pacific region. But the geography of potential buyers of Russian agricultural products is constantly expanding. At the same time, the Rosselkhoznadzor is conducting surveys of Russian enterprises for compliance with the requirements of importing countries. Today, there are almost 4,000 such enterprises in Russia and they are ready to supply their products to 60 countries of the world.

For three years in a row now, Russia has maintained the world leadership in wheat exports. In 2016 Russian exports exceeded the US exports by 1.3 million tons (5.5 per cent), in 2017 by 5.8 million tons, or 21 per cent, and in 2018, by 21.5 million tons that is, almost twofold. Accurate statistics for 2018 from the United States are not yet available due to the long governmental shutdown at the beginning of the year. If we look in monthly terms, Russia remains the world leader in the export of wheat from August 2017 to December 2018, which is the longest batch in 12 years — since 2006. The result of August 2018, when 4.69 million tons of wheat were exported, is the absolute world record for the last 30 years.

All of this is made under the Western sanctions against the Russian Federation. Following the annexation of Crimea and Russian involvement in the conflict in eastern Ukraine, the United States, European Union, and several other Western nations imposed sanctions which include limits in diplomatic meetings, visa bans and asset freezes of specific individuals and organizations, and restrictions on Russia’s financial, defense, and energy sectors. Later on, Russia imposed bans on imported food and several countries retaliated. Consequently, Russia experiences increased volatility on foreign exchange markets and significant depreciation of the RUB, restricted access to financial markets and depressed consumption and investment.

After a record in terms of crop and grain exports of 2016–2017, Russia faced the problem of the balance between the domestic market and exports. Agriculture in Russia was considered a black hole among investors. However, after the introduction of the food embargo in 2014, it turned out that the country is self-sufficient in meat (not only chicken but also pork, turkey and even beef). Vegetables and fruits turned out to be a free niche, most of which were imported from Europe before the ban, but investors quickly figured out the situation and invested billions of RUB in greenhouses and horticultural projects. The trouble happened in 2017, for the first time in modern history agricultural products became the largest item in the structure of Russian non-primary exports, in monetary terms overtaking even the supply of arms. First of all, thanks to the grain.

Officials were proud of the success of domestic farmers. In 2016, Russia produced a record 121 million tons, and in 2017 an absolute record: over 135 million tons. And then, in 2018, something irreparable happened — Russians produced less grain. The fact that this was the third largest harvest in the history of modern Russia was not noticed by anyone. On the scoreboard were the figures — minus 17 per cent y/y. In May 2018, Russian President Vladimir Putin ordered doubling agricultural exports by 2024, to USD45bn, including grain to USD11.4bn.

Since the beginning of autumn, the Ministry of Agriculture has been holding regular meetings with the largest grain exporters, trying to impose its own, unwritten rules of the game on the market: the harvest is less productive, which means that the export should be smaller. And since in the first half of the season more grain was shipped abroad than agrarian officials had planned, in the second half the difference was divided proportionally between all exporters. The Rosselkhoznadzor was called in to help: since the beginning of this year, the service has so carefully checked the quality and safety of Russian grain in the ports, the merchant ships have to stand for weeks and traders lost millions of the USD.

Notwithstanding these problems, Russia clearly wins in the battle of sanctions. In July last year, Mr. Putin announced that the countersanctions would remain in place at least through December 2019. This was no surprise, as the farmers have thrived under these new conditions and the sanctions created an opportunity to build back a crippled Russian food industry. 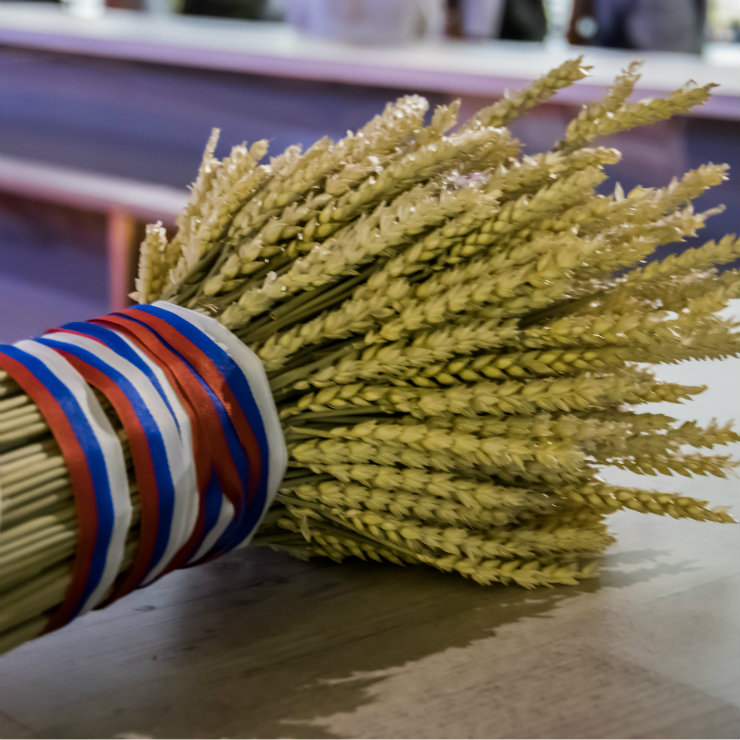