The birth of Russia’s fintech giant?

21.12.2018
Although Sberbank denied information that it plans to acquire a controlling stake in Yandex, Russian tech giant lost more than 20 per cent of capitalization on this news.

Russia’s largest state-controlled bank Sberbank has been in negotiations with Yandex, often referred to as the “Russian Google”, regarding a potential purchase of a blocking stake in the company. According to unnamed sources quoted by the Russian daily the Bell, the initiative on behalf of Russia’s largest bank is an attempt to “protect” Yandex from a governmental interference. Sberbank’s leadership denies that such talks have been taking place.

Sberbank is by far Russia’s largest financial institution, controlling more than 45 per cent of the deposits and about a third of the nation’s loans. It services around 110 million customers across the entire country. Moreover, the bank stands on the forefront of Russia’s technological revolution, introducing innovative features such as voice/image-recognition-run-ATM’s or drone-delivered-cash.

Similarly, Yandex, Russia’s largest technology company, running the most popular search engine on the Russia-language internet (Runet), is considered one of the most innovative companies in the vast Eurasian country. Although frequently referred to as the “Russian Google”, Yandex actually offers much more than just an online search software. Especially in recent years, Yandex has become both “the Russian Google” and “the Russian Amazon”.

Some of the most cutting-edge projects are already being developed by Yandex in cooperation with Sberbank. An example of a successful cooperation is the Yandex.Market.

In April this year, Yandex entered a joint venture with Sberbank to develop the already existing Yandex.Market platform. Combining the enormous technological capabilities of Yandex with the existing infrastructure and technological resources of Sberbank, the two Russian tech and financial giants hope to develop a leading business-to-consumer e-commerce ecosystem. The new business venture has been valued at RUB60bn (USD1bn), and both partners own equal stakes (read more).

Besides the technological cooperation, there is already quite a lot of entanglement with regards to ownership. Sberbank’s involvement in Yandex dates back to 2009, when the Russian technological company was first listed on NASDAQ. At that time, Sberbank purchased one of the so-called “golden shares” in Yandex, which gives the owner right to veto any sale exceeding 25 per cent in Yandex.

According to some Russian financial analysts, a deeper integration between Yandex and Sberbank would not be that surprising. „The Sberbank and Yandex relationship history is long and to us this looks like a “creeping” takeover,” VTB Capital commented. „With the business model of both companies evolving to ecosystems, deeper integration between the two is a logical step,” VTB said.

According to the Russian business daily Vedomosti, both the CEO of Sberbank German Gref and his first deputy Lev Khasis denied holding any such negotiations. Yandex’s co-founder and the largest shareholder Arcady Volozh later told the media that he has no intention to sell his stake in one of Russia’s most valuable companies.

The position of Yandex as a company, to the extent possible, independent from the Russian government might be further complicated by the recent legal initiative targeting foreign ownership in online news aggregators.

In October, a bill was introduced to the Russian Duma that would limit the share of foreign ownership in online news aggregators to 20 per cent. Such limitations concerning general media ownership by foreigners were set after 2014. Now the law might be extended to news aggregators.

The bill was introduced by MP’s from the ruling United Russia Party and LDPR. According to the draft of the regulation “Sanctions for not complying with the demands stipulated in the bill — blocking the access on the territory of the Russian Federation by internet service providers to the news aggregator until the demands are met [limited foreign ownership of the news aggregator to 20 per cent].”

One of the co-authors of the initiative, Anton Gorelkin, a member of the Duma Committee for information policy and information technologies, informed that those affected by the bill would be Russian-language news aggregators Google and Yandex. “Of course we are talking about Google and Yandex, those are the two news aggregators with foreign ownership exceeding 20 per cent,” Gorelking explained to Tass.

Yandex, which operates Yandex.Novosti, one of the largest news aggregators in the country, finds itself under increasing pressure from the government. The company is listed on NASDAQ and operated through a Netherlands-registered holding company. Moreover, its co-founder and major shareholder Arcady Volozh possesses a double citizenship —  Russian and Maltese.

„We are closely following the situation and our board will consider possible alternative restructuring to have our news services comply with any similar requirements,” Yandex representatives told Reuters.

The difficult position, in which Yandex currently finds itself, could tip the scales in Sberbank’s favor. This is exactly how the bank’s leadership has been communicating its interest in Yandex. Sberbank’s motivation to obtain a controlling stake in Russia’s largest search engine, according to an unnamed company source cited by the Bell, is to protect Yandex from “possible future problems”.

Russia’s Federal Antimonopoly Service has already indicated that it would not stand in the way of the deal between Sberbank and Yandex.

„I am not afraid of banks as much as the state companies. I believe that when a high-tech company gets a well-funded partner, it will develop faster. And the market reaction I did not understand at all,” he said.

Category: Business 30.04.2019
Russian leading internet company is working on a driverless technology together with Hyunday and with the blessing of Russian government. 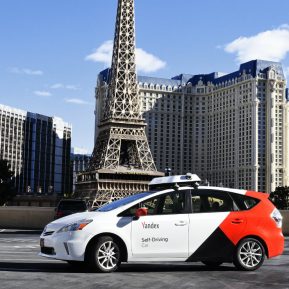 The ever growing Sberbank

Category: Financial markets 09.11.2018
Russia’s largest financial institution, the state-owned Sberbank continues to increase its profits by a rapid pace despite the numerous obstacles many Russian banks have been facing. 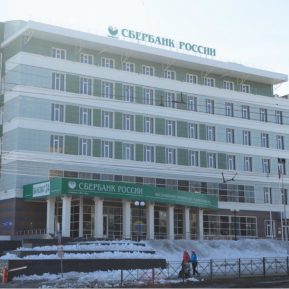