Innovative chats do not support innovation

25.05.2020
“We have become a victim to the mania of talking about innovation and have neglected other important areas of the economy, i.e. people who make the world go round but who do not invent new products,” says professor Lee Vinsel from Virginia Tech.

Obserwator Finansowy: All governments want their economies to be as innovative as possible. Innovation is a way to grow. But you say that the world has fallen into an unhealthy obsession over innovation. That requires an explanation.

Lee Vinsel: That’s right. However, to begin with I would like to distinguish between real innovation and that which only pretends to be one and makes a lot of fuss about it, an aura of innovation.

I am criticizing the latter. True innovations have been observed since the beginning of the industrial revolution and they do actually contribute to growth; yet, it is only the last 50 years that have seen so much talk about innovation.

Constant talk about innovation will certainly not bring more innovations. What is certain, however, is that innovations are possible even when they are not mentioned. When Thomas Edison or other great inventors of the past developed revolutionary technologies, nobody talked about innovations, nobody encouraged them.

However — to make the message clear — you don’t belittle in the importance of innovation for the economic growth?

So, are they the driver of growth?

Since the 1950s and 1960s, economic science has been describing in detail their importance for economic growth. On the one hand, they are very important, and on the other hand, they did not trigger it, because it was capitalism as a system that preceded innovation. Let’s take a look at an English village in the 18th century. It saw productivity growth long before the invention of the steam engine. Once the importance of innovation for the economy was realized, governments worldwide recognized it as a tool for achieving their main objective — the GDP growth. In my opinion, however, attempts to stimulate innovation in the economy usually do not work. Innovation is important for development, but it is not everything.

What exactly are governments doing wrong?

They are building glass houses, these various centers or innovation parks, and, hoping that it will flourish there, generously support the development of start-ups.

Are they wrong to do so ?

There is no evidence that all these efforts translate into greater innovation. Moreover, most studies show that nowadays real innovations occur in large companies with long traditions rather than in toddler ones.

But it were young companies that came up with potentially breakthrough technologies such as blockchain.

Blockchain is one of the most overrated technologies that has been created! It’s true that it changes the way banks archive and process data, but in terms of its impact on the economy and society it is still far behind the invention of ATMs. As far as blockchain-based crypto-currencies are concerned, I think they would have a chance to win a competition for the most useless invention ever. They are only useful if you are a drug dealer or money launderer.

For someone who teaches innovation theory you are quite critical. Are there any innovations that have gained your recognition?

Of course there are. Drones and autonomous vehicles, for example, have great potential to revolutionise the delivery market, which is of great importance for climate policy.

And isn’t the smartphone a breakthrough invention?

It has certainly changed a lot in our everyday life and social behavior, but has it significantly increased our productivity? Globally, the last decades have been rather a period of productivity stagnation and a slowdown in GDP growth. However, it is possible that the positive effects of some innovations will only become apparent once people learn how to use them productively. Believe me, I am not against innovation, I like all kinds of novelties. However, I try not to turn innovation into a fetish.

I have seen the packaging of a kettle on which the manufacturer stresses that the whistle signals the boiling water, as if it was some kind of unique feature of this kettle. Is it a symptom of a stupidity, or is it an example of creating such fetish?

Positioning totally ordinary products as super-innovative is a common marketing practice today. It also concerns smartphones, which you have just mentioned. Tim Cook, Apple’s CEO, once informed an audience with great verve and excitement that the new iPhone would also be available in a forest green.

Yes, he sounded as if he was announcing the Second Coming of Jesus Christ. However, this type of marketing is quite rational from the point of view of companies — they know that today capital is searching for places where it will yield the highest stock market returns. Effective self-presentation as an innovative company means higher share prices, even if the company does not generate a real profit. Companies like Uber or Tesla nowadays have investor-fans who buy their shares even though there are no grounds to believe in their extraordinary value.

Not as much as it is considered to be. Indeed it has introduced solutions that increase the convenience of passengers, however, this disruptive effect does not have any revolutionary impact on the whole economy. Moreover, it is a company that has to subsidize its business in order to operate. Uber uses various discount codes and promotions to pay its customers for using its application. This is not the business model you can expect from the alleged “company of the future” and I have doubts about how long it can function this way. Another problem related to turning innovation into a fetish is precisely the lack of long-term vision. Start-ups do not think of their business as a lifetime venture. They have an idea, they want to find an investor, develop it and sell it. They are not willing to devote themselves wholly to their business.

Perhaps they also forget that there are traditional businesses apart from e-businesses — that instead of creating another smartphone application, you can open a chain of hairdressing salons, for example.

It’s true, but it does not take much experience, knowledge or capital to create an application. Any major business requires these things, and it takes time to acquire them. No wonder then that, as surveys show, entrepreneurs achieve success most often at the age of about 40, rather than at 18 or 19, i.e. not at the age of current start-ups’ creators. An investor, Peter Thiel, keeps paying young people to leave school and set up companies in Silicon Valley, but do we really need all these new applications? Maybe it would be better for them to stay at school, gain knowledge and then set up more sophisticated businesses?

Are there any other drawbacks of being obsessed with innovation?

Yes, there are. It means we neglect what is considered non-innovative. We neglect, for example, the infrastructure, as evidenced by the miserable condition of bridges, roads or subway lines in the USA. We also neglect entire social classes, the people I call “maintainers”, i.e., those who do not invent new products but who make the world go round. A janitor, a blue-collar worker, a policeman, an electrician, etc. Their wages are low since society decided to reward mainly innovators. The less “innovative” the work, the less it is valued. It happens that some people don’t even earn enough to pay their bills.

So, what is the conclusion? Should we stop pumping billions into “research and development”?

I am not against spending on science. Nevertheless, we should be aware that if we invest heavily in innovation, we invest less in other areas. These are alternative costs, this is how economics works. We also need to be aware that innovation will be of no use to us without a class of maintainers. It is interconnected. Therefore, we should think of how to promote innovation. Perhaps, we focus too much on small companies instead of paying attention to the large ones which do come up innovations.

In Poland people seem to have common sense. The government is using state-owned enterprises to build national, innovative champions.

However, when I refer to corporations, I do not mean state-owned enterprises. Relying on national champions is a risky strategy. The Japanese tried to build them and it turned out that they had created companies completely noncompetitive in the international markets.

But the Americans are successful in a way — you have a well-developed military sector financing research on innovative products. Companies operating in this sector may be referred to as “national champions”.

It cannot be denied that many useful innovations were born in the military industry; however, this was rather incidental. The original GPS application was not supposed to be a car navigation. The strategy of top-down innovation control, the strategy of the “entrepreneurial state”, is very risky. It works on and off. For example. In the 1960s and 1970s, the United Kingdom pursued precisely the policy of the “entrepreneurial state” and fell into crisis. The policy failed. Why? Among others, because the British national champions were based on obsolete computer technologies which they had to surrender in their clash with companies using modern IBM technologies. When building national champions we need to think ahead — and this is a problem. That is why, for example, the forecasts about the IT industry in the 1990s were completely flawed.

The world faces many global problems today: from the Coronavirus to climate change. There are voices that we can resolve them through innovation. Do you agree?

As regards climate changes, I think we are wrong to wait for some magical technology to save humanity. After all, we know ways to combat it, it is enough just to implement them. They are expensive, but effective. Once implemented, they will translate into greater innovation. Let’s look at the global CO2 emission tax. Once introduced, pressure on the effective use of resources would increase. Companies would offer new, more effective solutions in the field of, for example, thermal-modernization of houses. My views on these issues are based to a certain extent on Hayek’s ideas.

Are you linking Hayek, a free market enthusiast, with high taxes?

I mean his approach to market processes. They are spontaneous, which makes it necessary to have limited faith in the ability to control them and “trigger” specific innovations in a top-down way. However, it is possible to provide incentives to the markets and wait for them to respond effectively. Therefore, we can identify the general direction of the desired technological change, but we should let the markets have the last word. Such a strategy would rationalize spending on innovation and address the areas that we have neglected so far. Unfortunately, it will be difficult to abandon the narrative in which innovation is most important. A lot of people simply benefit from it. Inflating this balloon is also a source of research grants for many researchers and influential intellectuals and a source of clicks, i.e. advertising for the media. However, I appeal to everyone to at least activate more sensitive “nonsense detectors”. All that glitters is not innovation!

Lee Vinsel — innovation researcher and Virginia Tech lecturer at the Department of Science, Technology and Society. 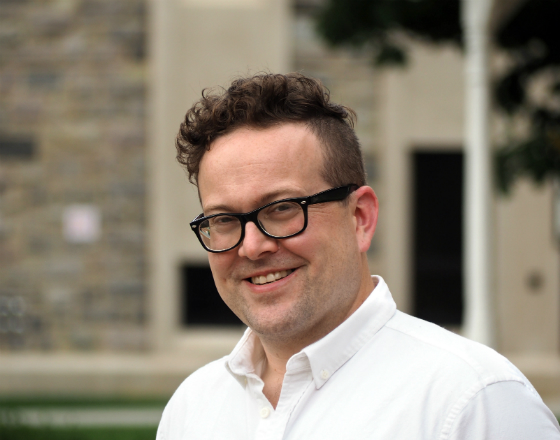