Dark clouds are gathering over the global economy

02.09.2019
During this year European Financial Congress in Sopot optimistic assessments concerning the current condition of the global economy mixed with pessimism regarding its future. 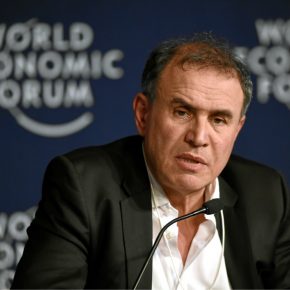 The famous economist Nouriel Roubini, commonly referred to as “Dr. Doom”, presented a pessimistic view. „I don’t expect a hot war between the United States and China in the near future. However, I’m afraid not only of a trade war, but also of a technological and geopolitical cold war which could involve the United States and China. It would be about who gets to control Artificial Intelligence, the industry of the future, and 5G. There would be restrictions on trade, products, services, work, data, and technology. This war would be the beginning of a deglobalized and balkanized world. What’s even worse is that if such a war actually takes place, both China and the United States would tell the rest of the world: you are either with me or against me,” said Professor Nouriel Roubini in the opening lecture of the European Financial Congress.

In this scenario, global value chains would be torn apart one after the other, and the primacy of politics over the economy would result in weaker performance for companies, as well as lower wages and higher prices for consumers. „Another threat is that the United States and Iran are on a collision course in the Middle East. If we look at it rationally, neither side wants war, but as we know, accidents can happen when tensions are escalating on both sides,” warned Prof. Roubini.

He recalled that three of the last four geopolitical crises in the Middle East resulted in high inflation and a global recession. This includes the Yom Kippur War in 1973, the Iranian Revolution in 1979 and the First Gulf War in 1990. The mechanism was always the same — the unrest in the Middle East is associated with an embargo on oil, and the subsequent spike in oil prices chokes global economic growth.

„Technically speaking, both the trade war and the aforementioned shocks are simply negative supply shocks that reduce growth and increase inflation, as well as the prices of energy and imported goods. In such cases the central banks face a dilemma: whether to ease their monetary policy due to the slower growth or whether to raise their interest rates due to the rising inflation,” explained Prof. Roubini. In his opinion, if such events were to take place, interest rate hikes would not be the right answer even if inflation continued to rise.

However, he admitted that the discussed pessimistic scenario isn’t the most likely course of events. „In the baseline scenario, leaders will reach an agreement, which will improve the sentiment among businesses, investors and consumers, and will strengthen economic growth. As a result, this expansion will be continued. This is a positive scenario. But there is also a scenario in which these risks materialize and economic growth slows down and even enters a recession,” he explained.

Is Poland close to a recession?

A recession certainly will not take place in Poland. In 2019, the country has a chance to achieve a GDP growth rate significantly above 4 per cent for the third year in a row. According to the experts of the European Financial Congress, this year the Polish economy will expand at the rate of 4.3 per cent. However, in subsequent years the growth rate should soften and move closer to the long-term average. In 2020, GDP growth in Poland will only amount to 3.5 per cent, while in 2021 and 2022 it will reach about 2.8 per cent.

Meanwhile, inflation will be moving in the opposite direction. At the end of this year the inflation rate will not exceed 2 per cent, but in 2020 it will rise to 2.9 per cent, while in 2021 and 2022 it will be over 3 per cent.

The economists participating in the European Financial Congress survey agreed that private consumption would remain the most important factor in GDP growth. However, they also concluded that its current rate of growth — reaching 4 per cent — would be unsustainable. Starting from 2021, the rate of growth in consumption will decrease to approximately 3 per cent.

„If we take a look at the past seven quarters, economic growth in Poland was consistently based on consumption. So we can say that during a period of economic prosperity we further stimulated the economy with consumption. As a result, I’m afraid of a very serious slump when we receive a negative impulse from the world during an economic downturn, since we have already used up all the reserves of domestic fiscal stimulation,” warned Professor Dariusz Filar.

However, the economists agreed that in 2020 and probably in 2021, Poland shouldn’t have any problems with the expenditure rule or with the demand for Polish government bonds on the market. „The punishing hand of the financial market does not necessarily have to be very strong in the next two years, as the net borrowing requirement is very low and next year it will fall by a half in relation to what it is today. It will amount to PLN15-20bn, while this year it amounts to approximately PLN35bn. What is more, external investors hold underweight positions in Polish government bonds compared to the benchmarks which serve as their reference point,” said Rafał Benecki.

„Until 2020 we will continue to satisfy the expenditure rule, assuming that the planned revenues will be achieved, and that the legislation which hasn’t yet been passed will eventually be adopted. Greater risk arises in subsequent years. We’re stimulating the economy when it is growing anyway, and in this way we’re leaving little room for action when an economic slowdown occurs. Moreover, we are permanently increasing the state’s fixed expenditures, but we’re not necessarily allocating these funds in a way that is most conducive to long-term development,” Marcin Mrowiec, the chief economist of Bank Pekao S.A. summarized the discussion.

Piotr Bielski, from Santander Bank Polska, may have been the only participant to retain an optimistic approach. He suggested that the Polish economy generally has been lucky with fiscal stimulus packages that anticipate external slowdowns.

„We’ve had Zyta Gilowska’s [former Poland’s Minister of Finance] package, which was implemented right before the crisis, we’ve had the previous slowdown in the years 2011-2012, which coincided with the peak absorption of EU funds, and later the Euro2012 tournament. And now, after seven years, we’re once again at the peak absorption of EU funds during a slowdown in the world, and this once again coincides with a fiscal spending package,” said Piotr Bielski.

Marcin Mrowiec also pointed out that among all the OECD member states there are only two countries which have not experienced a recession over the past 27 years. One of them is the resource-rich Australia, and the other is Poland. So maybe Poland can avoid another slowdown as well. 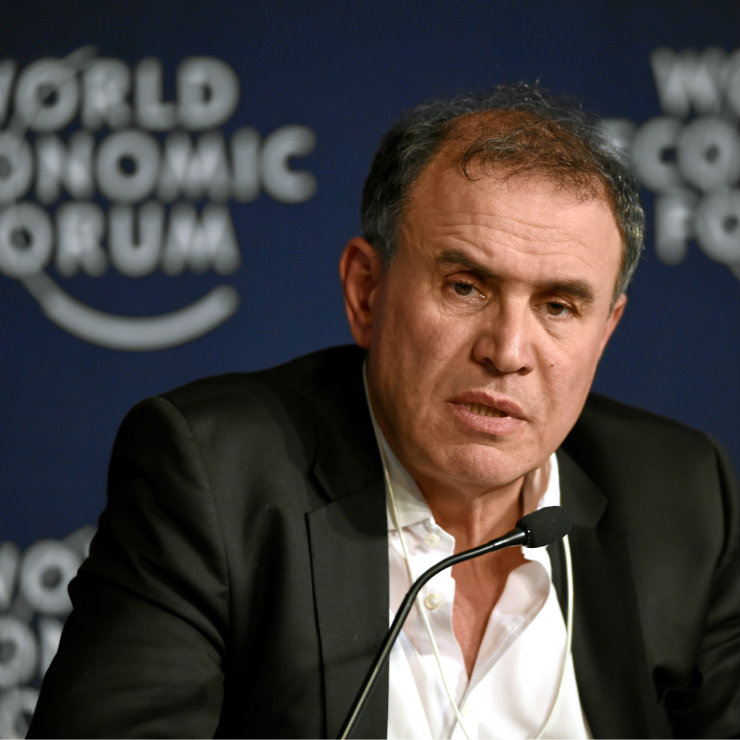