The international position of the USD remains strong

18.07.2019
For over half a century economists talk about the imminent decline in the importance of the USD. However, there are currently no indications that this could become true anytime soon. 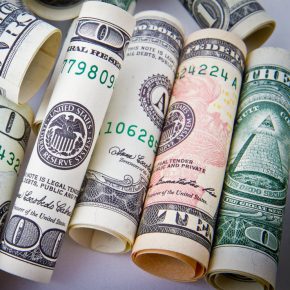 The second half of the 20th century was a period of pre-eminence of the American currency. Although the USD was not able to dethrone the GBP for quite a long time, after it overtook the British currency somewhere around 1955, its dominance was undeniable.

The GBP — just recently seen as the USD’s worthy competitor — was not only on the defensive, but entered a period of decades-long decline. Starting from the second half of the 1970s, and especially after the 1976 crisis, the British authorities even started openly discouraging other countries from large-scale use of the GBP. The thing is that the more GBP were circulated outside the UK, the more difficult it was for the Bank of England to control the currency it issued.

The potential competitors for the USD included the German mark and the JPY. The impressive growth of the German and Japanese economies drew investors’ attention to the currencies of both countries once they became convertible at the turn of the 1950s. However, despite the enormous economic potential, neither Germany nor Japan could even get close to the United States in terms of both the size of the economy and, above all, the liquidity of the financial markets. More importantly, the fact that the United States (and more specifically the US Army) was extending a protective umbrella over the Federal Republic of Germany and Japan, also cast doubt on the potential of both of these countries’ currencies.

The collapse of the Bretton Woods system in 1971 and the monetary chaos that ensued had a slightly negative effect on the standing of the American currency. However, given the enormous potential of the United States, the scale of this loss was limited, even in spite of the double-digit inflation in the American economy at the turn of the 1970s.

The end of the Cold War was supposed to bring new threats to the American currency, especially as the emergence of a new global order coincided with a shallow but quite persistent economic recession in the United States. The launch of a monetary union in selected countries of the European Union, followed by China’s gradual awakening after more than 200 years of lethargy, both seemed to have the sufficient potential to seriously erode the role of the USD.

For the time being, however, these events have not been and are not able to threaten the position of the USD (at least in the foreseeable future). In order to justify such a diagnosis, one should look at the last decade of the previous century.

The beginning of the new political order not only didn’t turn out to be dangerous for the USD, but in fact proved to be a period during which the American currency managed to make up for a large part of the previously incurred losses. Additionally, the countries seeking to dethrone the USD fell into economic problems. Japan had to face the effects of the bursting of a speculative bubble at the end of 1989, while Germany had to bear the costs of reunification. A good illustration of the scale of these problems may be the fact that the beginning of the 1990s is probably the only relatively long period in which the yield on the German Bunds exceeded the yield on US Treasury securities. Meanwhile, the massacre at Tiananmen Square in 1989 delayed the awakening of the Chinese giant for at least five years. Therefore, from the perspective of the past twenty years, the last decade of the 20th century played a huge part in strengthening the role of the American currency. During the same period, the potential of the American economy was also growing. Among other things, it was probably the first country to reap the benefits brought by the popularization of the internet.

Things didn’t change much in the 21st century

It was clear from the very beginning for almost every person well versed in the subject of the international monetary system that the spectacular launch of the project known as the EUR could not pose a serious threat to the dominant role of the American currency. A project based on a unified monetary policy and a heterogeneous fiscal policy (conducted at a national level) simply could not work well in the long run. While the first several years of functioning of the EUR aroused some hope that the new currency would at least attempt to compete with the USD, the first years of the current decade revealed all of the EUR’s weaknesses.

The decline in the importance of the EUR as a global currency was only slowed down and then partly reversed over the last three years. According to data of the European Central Bank (ECB), the share of the EUR in global foreign exchange reserves has once again exceeded 20 per cent. But at the end of the last decade this share reached almost 30 per cent. Unfortunately, the debt crisis has proved to have far-reaching consequences for the USD’s biggest rival. Last September, the President of the European Commission, Jean-Claude Juncker — perhaps inspired by better results recorded in recent years — came up with a vision for increasing the international role of the EUR. Three months later, the European Commission (EC) issued a series of documents that were supposed to pave the way for increasing the EUR’s international role.

However, instead of spending their precious time studying the EC materials, most analysts prefer to focus their attention on the information coming from Italy. A thorough analysis of the events taking place there doesn’t allow us to rule out a repetition of the scenario tested by the Eurozone at the beginning of the current decade. Paradoxically, it is not Italy that is helping the USD to preserve its dominant position.

James Carville, a former adviser to the US President Bill Clinton, once said that if there was reincarnation, he would like to come back as the bond market, as then he could really intimidate everybody. Although Europe’s biggest government bond market is indeed located in Italy, everyone’s attention is focused on the German market. For most of the last forty years German Bunds had lower yields than their American counterparts. However, the magic of the German Bunds cannot in any way translate into the attractiveness of the EUR as a whole. Firstly, despite the many appeals from the supporters of the EUR, Germany remains adamant and rejects any discussions concerning a fiscal union. Secondly, in the light of Berlin’s policy of a balanced budget, the supply of German Bunds is systematically shrinking. Interestingly enough, the shrinking supply of German Bunds resembles the shrinking supply of the US Treasury bonds at the very end of the second presidential term of Bill Clinton. However, while the problem of the shrinking supply of American securities turned out to be nothing more than a brief episode, it is difficult to imagine a significant loosening of the fiscal policy in Germany in the foreseeable future.

Based on the economic and demographic potential, the efforts to find a real contender to dethrone the USD should be focused on the RMB. Should the inclusion of this currency in the SDR basket in October 2016 be seen as a sign of an upcoming overhaul of the international monetary system? Not necessarily. This is due to the fact that an increase in economic importance does not go hand in hand with the development of the financial market, both in terms of quantity and quality. The Chinese market still isn’t very transparent, what’s more — is directly manipulated by the authorities. Just as it took a long time for investors to forget about the double-digit inflation in the US at the turn of the 1970s, the investors will now need a lot of time to forget about the events of August 2015, when the exchange rate of the RMB was in fact devalued by the government.

Besides, the Chinese have been open about the fact that they are relying on Japan’s experiences in the conduct of their economic policy. The authorities in Beijing are apparently in no hurry to move along with the process of internationalization of their currency. Perhaps, they still remember the consequences of a similar move taken by Tokyo at the end of last century, as well as the British experience of 1976. Although it is still difficult to determine the intentions of Chinese decision-makers, the RMB’s march towards internationalization has slowed down over the past three years. This is best evidenced by the Chinese currency’s share in the global currency reserves. While at the end of 2015 it was approaching 3 per cent of the total reserves, recent data indicate that this share has now fallen below 2 per cent. Given that the USD’s share exceeds 60 per cent, it’s difficult to speak of any serious Chinese threat to the United States’ supremacy in the international monetary system.

When assessing the role of a given currency in the international monetary system, analysts most frequently refer to Benjamin Cohen’s matrix, which divides the use of money into the official and private spheres. A brief study by L. Goldberg and R. Lerman on the role of the USD in the international monetary system was published this January. In the analysis, the authors referred to the criteria set out by Cohen. The work clearly indicates that the role of the USD does not seem to be in any way threatened in the near future. Moreover, there are also other tools that can be used to demonstrate the dominant role of the USD, such as the widespread authority enjoyed by the Fed, among other things, thanks to the actions undertaken after the outbreak of the global crisis in 2008.

The USD as a tool of American foreign policy

The trends observed in the international monetary system reflect the events taking place in both the global economy and politics. According to some observers, due to the dominant role of the USD and the American economy, it could even be claimed that the United States is weaponizing the USD.

An example of that could be the pressure exerted by the Unites States on the SWIFT system (Society for Worldwide Interbank Financial Telecommunication), which enables the exchange of information between banks. Because of the dominant role of the United States, SWIFT itself has become a tool used in the implementation of the American foreign policy. The behavior of the United States is causing dissatisfaction even in the European Union, which has threatened to create a new system similar to SWIFT, based on settlements in the EUR.

China, Russia and other countries have spoken in a similar vein. The fact that no one in the financial markets bothers about these announcements is perhaps the best proof of the enduring strength of the USD. 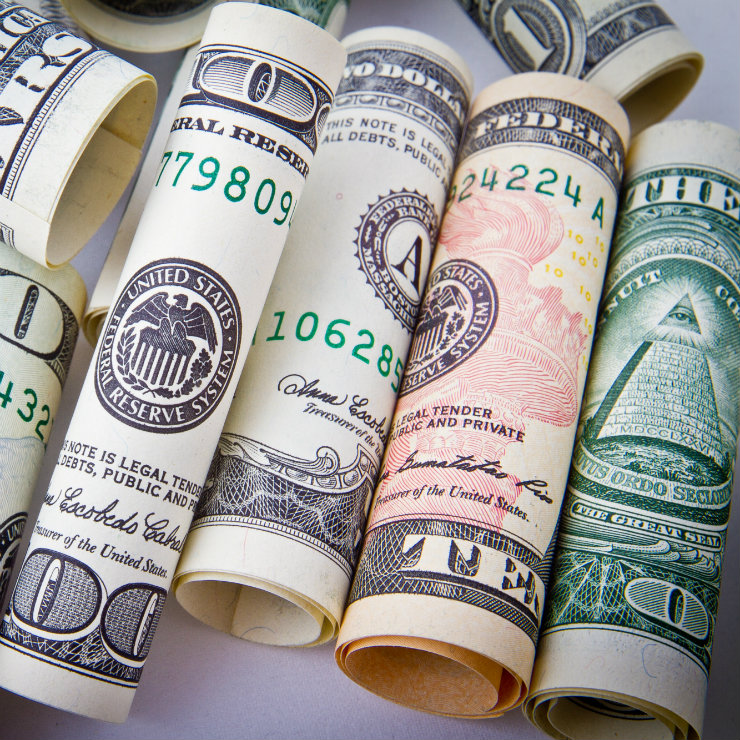