Large banks in Poland are investing in advanced technologies

13.10.2020
The results of a survey conducted by Poland’s central bank, NBP and the Polish Financial Supervision Authority (KKNF) show that large banks are investing heavily in technology and rapidly increase their competitive advantage, says Adam Głogowski from NBP.

Adam Głogowski: That’s a really interesting question. The short answer is that this certainly doesn’t apply to all the banks, but we have indeed observed such a phenomenon. The report was a collective effort – as indicated in the research summary (read more about the survey’s results) – and other co-authors of the study were Tomasz Gromek and Paweł Pisany. The main motivation for carrying out this research was to examine the scale and direction of digital investments, but also – which has been the most interesting and most important finding – the different levels of technology within the banking sector.

What is the main conclusion? As one of the market analysts, who commented the study – large entities have much greater potential than smaller ones. So, we see the advantage of the large banking institutions, but we also see that some smaller banks trying to catch up with the larger institutions. On the other hand, are banks really transforming into something different than financial institutions? We’re definitely noticing such trends as well. Although we didn’t ask about this issue directly, the important projects and areas of technological innovations explored by banking institutions include what we have referred to as “eCitizen services”. Banks as a gateway, as a platform for the provision of public services.

You have researched a period of the past 4 years. Has the expenditure on technological innovation increased over time?

Yes. There has been quite a noticeable increase. According to the declarations made in the survey, over the course of these four years the banks have allocated a total amount of approximately PLN5.5bn (EUR1.2bn) on innovation. Meanwhile, the average level of annual expenditure on innovation increased from roughly PLN1.1-1.2bn (EUR245.5-267.7m) per year in the years 2016-2017, to more than PLN1.6bn (EUR357m) in 2019. Therefore, we see a noticeable increase in spending on technological innovation.

Has this increase been accompanied by an increase in the scale of innovation? And was the focus mainly on improving the organization, or on being disruptive?

What I wrote when describing the process that is taking place in the banking sector, is that it is a (r)evolution. So, it is an evolution and a revolution at the same time. Most of the banks’ expenditure is spent on activities that can be described as work on the basis – that is, the streamlining of existing processes – but also on the increasing digitization and automation of processes. This is, in a way, a quiet, little revolution, and it may not be as visible to an average consumer as, for example, the development of banks’ mobile apps. This is a process which also gives a possibility of further digitization. It also allows implementation and customization of more advanced technologies.

After all what is the use of an advanced analytical tool to measure customers’ preferences that you can buy if the data this tool is supposed to analyze are not in an accessible, digital format? So, we see this work carried out at the basic level in all of the analyzed banks.

We have divided the surveyed banks into three groups based on their size – the largest banks with assets over PLN50bn (approx. EUR11.2bn), medium-sized banks with assets from PLN17-30bn (EUR3.8-6.7bn), and the remaining smaller institutions. Banks in all these size categories are treating these investments as cost reduction. However, the biggest banks – and this may be one of the more interesting conclusions – are also the most likely to look at this expenditure from the perspective of building market advantage. So, it’s about improving the so-called client experience, or simply put, improving the communication channels. But it’s also seen as a way of increasing revenues.

Have there been any breakthrough solutions? For example, one of the largest financial institutions in Poland is involved in the cloud computing development.

We asked banks about cloud computing. We also asked which suppliers they were using. Why? Because when we look at the analyses concerning the cloud computing use by banks, carried out by the Financial Stability Board and the Bank for International Settlements, there is one interesting aspect. The micro perspective, based on individual institutions, slightly differs from the macro perspective, which covers the entire system. Since we are working at a central bank, which is responsible for the stability of the entire financial system, we cannot ignore the latter perspective. From the micro perspective the use of cloud computing services means finding an IT provider which is usually a larger institution that can invest more in safety than a single bank. Therefore, this process involves an improvement in the area of safety.

It gets a bit more interesting if we remember that the cloud service providers are globally highly concentrated. The list of such providers includes 4 or 5 companies in the world. This leads to the question: how can we assess, taking into account the stability of the entire financial system, a situation when many financial institutions use services of the same provider?

Today, still the usage of cloud computing services is relatively limited. Only 10 of the surveyed banks indicated that they were using any cloud solutions at all. However, in the survey we see declared investments in the IT infrastructure, which could prepare banks for the use of cloud services. The second aspect is the already mentioned involvement of one of the largest Polish financial institutions in the development of a cloud computing solution – the Poland’s National Cloud Operator. The third is that the KNF has changed its position concerning the requirements for the use of cloud.

All these factors will contribute to the growing use of cloud computing services. The role of the National Cloud Operator may be interesting, because it should set certain standards. And according to the declarations of the entities involved in the project, it is supposed to be available to many users. Meanwhile, getting back to the issue of security – because the role of cloud solutions could become significant, it will be important to ensure very high security standards.

Would you like to change or update the conclusions of the survey after the last several months?

Such surveys always relate to the situation at the time when they were carried out. We could say that this is a snapshot of the past. This last period, the time of pandemic and lockdown, has turned social and economic life upside down, and it has certainly been an important factor. This statement is not based on the survey, but on a general observation of the market. These events have certainly provided an impulse for many financial institutions to introduce solutions that would be an answer to what has happened.

One example of that is the increase in the popularity of opening bank accounts with the use of video identity verification. Last year, the KNF issued guidelines which established the supervisory expectations, and in the recent months video verification has been introduced by 6 banks.

The second issue is the eCitizen and eGovernment services I have already mentioned, and the role of banks in a process of applying for the state aid provided by the Polish Development Fund. Some banks are also attempting to extend the remote verification to corporate clients, such as SMEs. This is more challenging, because in the case of an individual customer the bank has to verify that the person on the other side of the computer screen is who he/she says he is. Meanwhile, in the case of companies banks also have to verify whether someone has the legal authorization to represent the particular entity.

Our qualitative analysis shows that banks, like many other businesses, will have a worse financial situation as a result of the pandemic. So, it may be necessary to re-orient the priorities in these investments to the activities that are needed for functioning in the new reality, including new customers’ habits. There may be less emphasis on activities that would be nice to have but that are not essential.

So, is it all about gaining competitive advantage?

Yes. Or not to fall behind market leaders. During this period many financial institutions have asked themselves what do they have to provide customers with in order to keep them. And to make sure they remain as customers not only in this period of isolation, but also in the future.

And then there is the second issue associated with the financial results and the resources available for investments. My intuition is that this dualism could further deepen. The banks that entered the pandemic and the economic slowdown in a better financial condition will have a buffer enabling them to survive and to finance the economy. And also to invest in obtaining a competitive advantage. Meanwhile, the banks that entered the slowdown in a worse financial condition will have to focus on what is essential.

When will you conduct the next survey? I hope we won’t have to wait another four years.

No, it won’t take four years. There has been no decision yet, but we thought about next year. It is true that a lot of interesting things are happening this year. To provide some relief to the financial sector in the pandemic the KNF has said that supervisory and reporting obligations which are not necessary may be limited. As our survey was carried out in the cooperation with the KNF, which played a key role in contacting the banks, I think that we will not repeat the survey this year, in order not to generate additional burdens. I think it would be interesting to see how these issues are evolving next year. 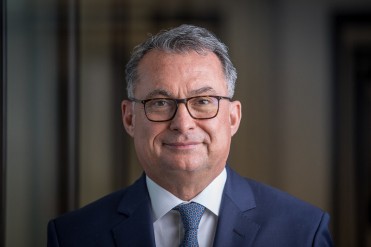