19.06.2017
According to a Belarusian economist Jarosław Romańczuk, a quick and open privatization is not to be expected in Belarus, as it is not in the interest of the authorities. 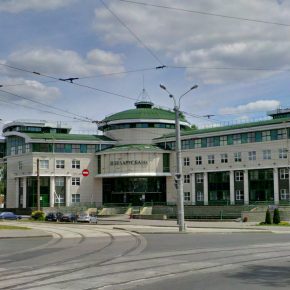 CE Financial Observer: Beginning from 1997, Belarus has announced large-scale privatization every few years. Are we dealing with something more serious this time?

Jarosław Romańczuk: I participate in various working groups on the president’s new decree on improving the business climate in the country. During one of the recent meetings someone asked the head of the presidential administration about privatization. It turned out that neither he nor anyone else was ready to answer this question. This is the same situation as in the case of five companies that were supposed to be audited and then privatized in 2012-2013.

It was supposed to be a gesture towards the European Bank for Reconstruction and Development (EBRD), which was getting ready to grant a loan to Belarus. Ultimately, none of them were privatized. There is simply no political will. Belarus’ President Alexandr Lukashenko said that an investor must meet 20 conditions in order to invest in a Belarusian company. Therefore, no investor in his right mind will decide to take a chance on that.

What are the conditions?

One needs to invest a certain amount of money, create a certain number of jobs, increase exports and bring in new technologies. Then the officials evaluate the implementation of these conditions, but in practice acting according to their own logic even with respect to Russian investors. They often prove that the investor has failed.

Let’s study one example. A few years ago, a Russian company (Manolium Processing), in exchange for the trolleybus depot number 1 in the center of Minsk, pledged to build a new trolleybus depot on the outskirts of the city. The facility was built, the Russians invested USD17m, and under some pretext they were refused permission to develop the plot. The case was referred to the Stockholm Court of Arbitration and it is still pending. I think that they have no chance of winning with the Belarusian authorities.

Also recently, a Belarusian-Austrian businessman, Alaksandr Murawiou, was sent to prison for 11 years because he bought a Minsk bicycle and motorbike factory for USD20m. According to the officials, he did not fulfil the contract. He might have made some mistakes, which is common in business, there was a downturn and the company got into trouble. However, the Belarusian Investment Act does not envisage a category of the investor’s error. Not only did he lose the factory, but also his freedom.

After the meeting of the Chinese and Belarusian presidents, there were announcements of the sale of 22 companies to the Chinese and the Belarusian authorities even seemed to have considered the matter and handed the case to a special autonomous commission rather than to the industry ministries that are unwilling to support privatization.

These 22 companies are loss-making companies. The flagship example is a company producing agricultural machinery, Homselmasz, which credit debt exceeds the annual turnover of the enterprise and which would not survive without subsidies. The Chinese have offered Belarus USD15bn in credit lines, and the Belarusians are spending the money on unnecessary investments. They are building hotels and tennis courts with this money. In Kamien Wielki, a high-tech Chinese park was to be set up – yet it ended up with a company producing radiators and offering storage space. Of course, in this type of investment, Chinese demand that their employees are hired and Chinese equipment is purchased.

So why do the Belarusian authorities keep talking about privatization, if they do not really want it?

There are officials who have to say such things because they are paid for it. Lukashenko has been talked into believing that the conditions for investing have been created. He also constantly says that he is open to cooperation. It is clear, however, that the Belarusian bureaucracy is stronger than the President’s will. He also does not want an open conflict with his officials, so he says that there aren’t many investors and, besides, they want to ruin the country. It’s a vicious circle. The National Agency of Investment and Privatization has operated for years, and its head, Natalia Nikandrov, directly stated that investors do not know what we want from them. The only offer they receive is: „Give us money”.

If the authorities mention privatization, they offer investors the acquisition of mainly minority packages. Why?

It is unthinkable for officials to lose control of a company. It was only after Gazprom bought 100 per cent of Beltransgaz shares it was allowed to participate in the management; previously, even though it had had a 50 per cent of shares, it could not have its representatives in the board. In order not to privatize and lose control, officials have come up with another mechanism – so-called fiduciary management. Supervisory boards will look for natural persons or companies and managers from abroad and give them stock packages to manage. And they – allegedly – will be able to receive them as a reward for good results of the company. This looks like a scheme for taking over free stakes in companies that have some value. People behind this idea are, for instance, the mayor of Minsk, Semyon Shapiro and Mikhail Myasnikovich, the former Prime Minister, now the President of the parliament – the grey eminence by Lukashenko’s side.

How else do officials try to secure their business interests?

A second similar scheme is the establishment of holdings, both state-owned and private. The assets flow freely between them. Already 105 such holdings have been created. Nobody knows what’s going on in them, but it’s an obvious way to siphon the best assets to private companies and leave debts to the state-owned ones.

How are unprofitable state-owned enterprises supported by the state?

There are different funds, such as an innovation fund that provides millions of USD in non-refundable assistance. Thus, the Belarusian BMZ steelworks was given USD15m. Apart from that, there are loans at preferential rates and the President’s Development Fund.

Why hasn’t Belarus decided to integrate its largest companies with Russian state-owned corporations? The Kremlin proposed this in 2012.

Although this was a typically political project, the Russians wanted real integration – the creation of a single legal and business entity. The Belarusians wanted to integrate and keep their independence at the same time, so it could not succeed. Belarus also did not want to agree, for example, to the due diligence, so it was not possible to agree on the price. It was also Lukashenko’s old gambit – that is, the start of any „process” leading to nowhere, so that Russians would start believing that they would gain something and Belarus would have an argument to get something else when the opportunity arises.

Probably for political reasons, it is difficult to privatize the state behemoths, but why is retail in the Belarusian province still in the hands of the state?

In Belarus, there are supermarket chains, Korona and Ewroopt, controlled by the state. Their revenues are supposed to be used for privatization in the future. The state-owned Belcoopsoyuz chain reigns in the countryside, with a network of 10 thousand shops and of course state budget subsidies. The question is whether it will be taken over by one investor, e.g. Korona or other nomenklatura clans. It’s a good business and the nomenklatura does not want to give it away.

For 10 years I have been hearing that Belarusbank and other companies will be privatized by foreign stock exchanges. However, this needs proper corporate governance. Currently, there is not a single company that would meet these conditions.

Such centers may operate for years without any effect. The National Agency of Investment and Privatization has been operating for 20 years and there are still no results.

So why are they doing this?

Now, for example, the Belarusian authorities are talking to the International Monetary Fund (IMF) and they have to offer something to get a loan. And – voila! On the table lands a program for macroeconomic stabilization, there is a program for the financial system reform, where they state that the preferential loans for state-owned companies have to be limited. And it is written to suggest something, to create an impression of an ongoing process of reform. They play a similar game with Russia and the West. We observed what this process looked like in 2010, when Belarus received a loan in the amount of USD3.5bn from the IMF. What was done with this money? It was simply wasted.

How long will this type of Belarusian economy operate?

There is something like monetization of propaganda. If in Poland average monthly earnings fell by half, there would be a revolution. Belarus is different. We had average earnings of USD620, now we have an average of USD380 with a median of USD320. The authorities blame the crisis in Russia and export restrictions on Belarusian goods. What could push the country to reforms is the already observed bankruptcy of many state and private enterprises, the realignment of the unemployment rate – which in reality substantially exceeds 10 percent – and the increase of utilities’ prices. It is obvious that unrest is beginning to appear. The authorities feel that this may become a threat to Lukashenko. That is why a dialogue on reforms is emerging, e.g. in the form of a consultation on a draft regulations on improving the business climate.

Which groups in the Belarusian establishment are the supporters of the reforms?

My observations show that the reform project is supported by the First Deputy Prime Minister Vasily Matushevsky, the National Bank, the Ministry of the Economy, and the Ministry of Antitrust Regulation and Trade. There are people, at the level of the president’s administration, who are pro-market. But they are the minority compared to officials from the Ministries of Industry and Agriculture, and Defense. And Lukashenko does not want to be a man who makes decisions against most of the nomenklatura and the people he has created.

What does prevent the official nomenklatura from carrying out privatization such as the one in Poland in the early 1990s?

They cannot just come to Lukashenko and say, „Mr. President, we have to do small and medium privatization, because the economy needs to be more competitive.” For 20 years they have been saying that the state-ownership is the most effective, and here they would have to say something against themselves. And Lukashenko is afraid that with privatization he will lose control of society and, consequently, his power.

So, is it true that in Belarus the economy is primarily a mechanism of social control?

Recently, a regulation has emerged that before dismissing a worker, state and even private entrepreneurs will have to obtain approval from local authorities. The document has already been distributed, but as it is in Belarus, no one pays attention to it, because there are no executive documents or forces to implement it. At one point, the president remarked that entrepreneurs would not be able to arbitrarily fire workers and officials swung into action.

President Lukashenko addressed you very warmly during his last press conference in February. Where does this affection for a liberal economist come from?

It was a huge surprise for me, only it had no meaning. Journalists are asking me what’s next and I answer “nothing”. It was a show. The only upside is that I was included in the working group to draft a decree designed to radically improve the business climate in Belarus and I can observe this process from the inside.

Jarosław Romańczuk is a Belarusian economist, head of the Mises Centre, former vice-president of the United Civic Party and Belarusian presidential candidate in the 2010 elections. Since 2011 he has been nonpartisan. 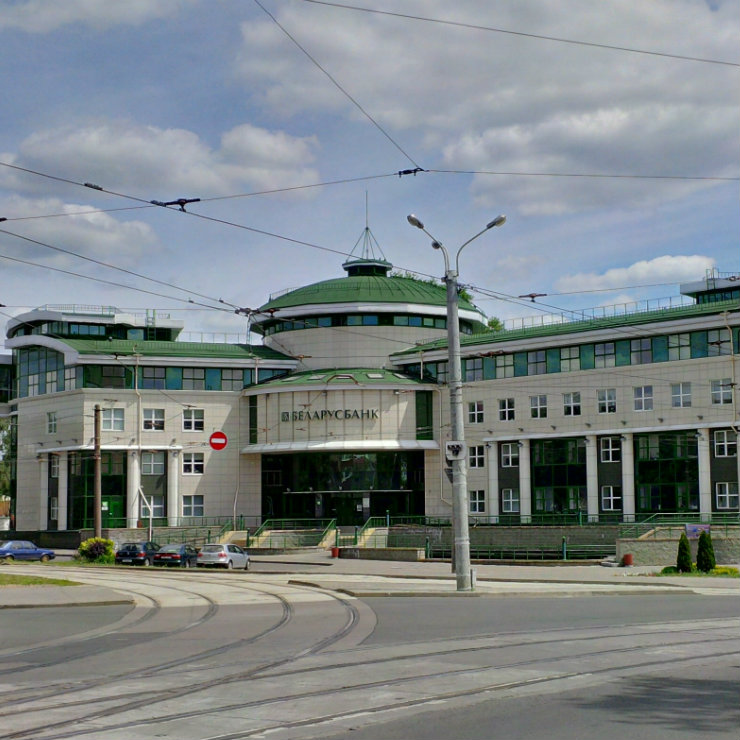