The best time for Poland after 500 years

17.10.2013
In his report, World Bank analyst Marcin Piątkowski predicts Poland’s new golden age. Relative to Western European countries, Poland’s GDP is the highest in 500 years. In 10 years, Warsaw is expected to be a better place to live in than London. It will be appreciated by immigrants from the East, whom we should start attracting now. 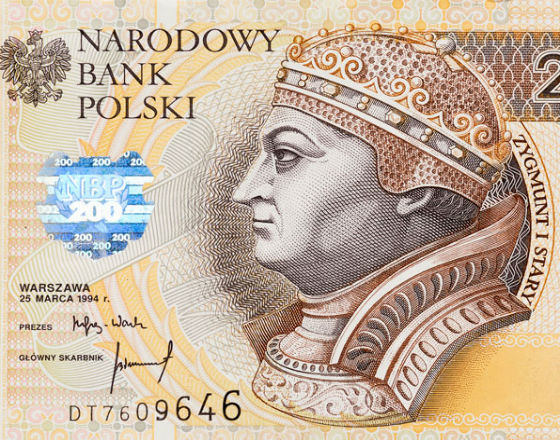 CE Financial Observer: In the report “Poland’s New Golden Age” you say that this year, its GDP per capita will reach 62 percent of the level of income in the developed countries of Western Europe (Euro-area 17). It will also achieve the highest level of income relative to Western Europe since the year 1500. We are living in the best times in five centuries and nobody knows that?

Marcin Piątkowski: Yes, it is true. I am an economist, not a sociologist, but I think it results from our inherent scepticism and inclination to underestimate our successes, especially when they are not a one-off event, but a historical process.

Since 1989, our GDP has increased the highest in Europe. We managed to make up for 500 years of lagging behind in less than a quarter of a century! If our national character was somewhat different, every Polish minister or prime minister would only talk about us being number one on the continent.

Are we, though? You have calculated GDP per capita using the purchasing power parity and you arrived at USD 21,000. The World Bank calculated it in nominal terms and the result is much less impressive – only USD 12,000.

Adjusting GDP by purchasing power is the best way to reflect changes in economic growth and the quality of life. It is a generally accepted international standard. The International Monetary Fund also calculates GDP per capita using purchasing power as it believes that changes in GDP are best reflected not by volatile nominal changes that depend on the exchange rate, but by changes in income that take price differences into account.

I am asking about the methodology because there is debate whether Poland may be at risk of the middle income trap and whether the economy would slow down if GDP exceeded USD 15,000 per capita. If we take purchasing power parity into account, it turns out GDP is USD 21,000 and the discussion is pointless.

The discussion is pointless indeed. There is no scientific evidence that the middle income trap actually exists. Available research results show that even if we assume that it does exist, it affects countries with income level below USD 16,000 taking purchasing power into account, and Poland is USD 5,000 ahead.

The World Bank and OECD have been including Poland in a group of countries with high, not medium, income for several years now. Finally, the European Commission, OECD and independent research centres which offer long-term projections do not mention the trap. They assume that Poland would develop at a faster pace than other Western European countries at least until 2030.

Hence, we have already escaped the middle income growth trap.

Do you mean that since 1992 we have been experiencing incessant economic growth and it will last at least until 2030, when GDP per capita approaches 80% of euro area countries’ average?

To make myself clear, I do not assume that Poland would always grow or that the gap between us and the West would be bridged automatically. It is an opportunity which we may grasp or not.

I have not produced the figure, 80% of GDP, out of thin air. This is the average of projections by the European Commission, OECD, PwC and Goldman Sachs. According to these projections, Poland would grow faster than Western Europe for the next 17 years, at least, and would reach the highest level of relative income in its history of over a thousand years. It may grow even faster, as experience shows that e.g. projections of the European Commission for Poland are usually too pessimistic.

So why, in the global competitiveness report of the World Economic Forum, Poland has ranked around the 40th place since 2004 and is unable to enter the group of the most developed countries, where development is driven by an increase in innovation, not by simple reforms to increase efficiency? What is this, if not the middle income trap?

Let me point out that the ranking of the World Economic Forum has no predictive value. A country’s rank has little impact on what will happen to the country in the futurecler. There is even a negative correlation – the higher a given country stands in the ranking, the lower its economic growth. It is, by the way, consistent with the convergence theory, which says that poor countries are expected to grow at a faster pace. In this ranking, poorer countries occupy lower positions.

In my opinion, there is still some room for technology absorption as our labour productivity level is about 60% of the average level for Western Europe. But once we make it, we will reach a wall.

Will we crash on that wall or will we innovate?

Labour productivity and GDP of a country is enhanced not only by innovation, technology innovation to be more specific. Labour productivity may be increased by improving the quality of human capital, the quality of management and many other things which have little to do with technology. It is comforting for us because our history provides little examples of innovation, not to mention commercialised innovation. Marie Curie-Skłodowska and Nicholas Copernicus commercialised nothing.

Even Ignacy Łukaszewicz, who invented the kerosene lamp and the oil well, earned little from his breakthrough inventions. It is not technology innovation that has stimulated labour productivity so far, but in order to sustain the process we will have to learn technology innovation and the skill of its commercialisation.

What are Poland’s weak points? Apart from low innovation.

There are many. I have described them in more detail in my papers on the new growth model. We must increase domestic savings and the level of employment. We need a better family-oriented policy, but policy alone is not enough. We should open the country wide to immigrants, preferably the highest-qualified ones.

Poland has the potential to attract a million foreign students, mainly from the East, who would study paying their own tuition and, by staying in Poland, would help reduce demographic problems, saving the Polish education system at the same time. If it seems impossible, let us look at the example of Spain, which accepted 6 million immigrants in the 1990s, and our neighbours, the Czech Republic, became home to half a million newcomers in less than a decade.

How can we stimulate immigration?

We could start by automatically granting residence permits to foreign university graduates, improving the visa issuing system, especially for our Eastern neighbours, and sending a clear message from political leaders that immigration is welcome.

What was the driver of our incessant growth since 1992? Entrepreneurship? Demographics? Simply catching up with more prosperous countries?

There are many factors. After 1989, our entrepreneurship has been liberated for the first time in history. Before the last partition, our elites had not been interested in modern development. Later, there were 123 years when Poland lost its statehood, followed by the interwar period when Polish business elites failed to emerge as well. There are not many Polish names on the list of major enterprises in 1938. Next, there was the communist era. Only after its collapse, entrepreneurship had the opportunity to flourish thanks to people selling goods off camp beds and street stalls, and later thanks to larger ventures.

This was followed by deep post-transformation reforms and the desire to catch up with Europe at all costs, thanks to which we did not have to put up with the likes of Perón or Chávez. We were lucky with our leaders. This was compounded by the boom in education, especially for universities, because nsomehow the decision was made to open the way for private schools. We were helped by openness to foreign trade and capital. Thanks to all of these factors, Polish economy has grown incessantly.

So why did 2 million Poles emigrate? Was that a mistake?

You cannot say that. If someone can be two or three times more productive in London, and it is reflected by his/her earnings, it is pointless to invoke a sense of patriotism and encourage them to return. It should be noted that we are catching up with the West at an average pace of 1.5-2 percentage points annually. We need 17 more years at the most, and maybe even 9-10 years, to reach the level of 80% of GDP per capita. In addition, our quality of life is higher than indicated by our income level. It is clearly shown by the Better Life Index calculated by OECD. Considering all that, soon enough Warsaw may be a better choice than London or Dublin.

Marcin Piątkowski – Senior Economist at the World Bank office in Warsaw, holder of a PhD degree in economic sciences from Kozminski University. He was the Chief Economist at PKO BP (2008), in 2004-2008 he was an economist at the European department and advisor of IMF Executive Director in Washington. Scholarship holder of, inter alia, Harvard University and London Business School.