The value of M&A transactions in the world exceeded USD3.5 trillion

The M&A’s value in 2017 was slightly lower than a year before (by 3.5 per cent) but the IPO’s value increased by as much as 45 per cent, according to Allen & Overy report.

Allen & Overy notes that last year there were significantly fewer very large transactions (worth over USD5bn) and a lot more transactions with the value USD500m-USD1bn. The law firm writes that the political situation, including Brexit, the situation in Spain related to Catalonia, tensions on the Korean Peninsula and in the Middle East, was casting a shadow on the M&A market.

On the global M&A market Poland is a relatively marginal location. According to estimates by Navigator Capital Group and Fordata, in 2017 the number of transactions exceeded 200 and was slightly higher than in 2016. However, the value of M&As decreased. There were no large transactions this year. In 2016, private equity funds Cinven, Permira and Mid Europa acquired Allegro (eCommerce) for USD3.73bn. The second largest transaction was acquisition of Unicredit’s shares in Bank Pekao by the state-owned insurance company PZU and the Polish Development Fund for USD3.12bn.

The largest transaction of 2017 – the acquisition of the Żabka retail store network by CVC Capital Partners – was worth approximately USD1.26bn. Another major acquisition was the cable TV operator Inea purchased by Macquarie Infrastructure and Real Assets. The transaction value was estimated at USD294.4-441.6m. A private TV network Cyfrowy Polsat, together with the Cyprus-based Karswell (a company owned by Zygmunt Solorz-Żak, the main shareholder of Cyfrowy Polsat) will spend over USD353.3m on the takeover of Netia, the largest alternative telecommunications operator. In turn, the bank BZ WBK (owned by Santander Bank) wants to take over Deutsche Bank Poland for USD382.7m in cash and shares.

The buyers included, among others, PE Mid Europa Partners, which bought Hortex Holding from another PE Argan Capital (the estimated value of the transaction was USD147.2m). Enterprise Investors acquired Jantoń, a producer of alcoholic beverages.

Private Equity funds also participated in buyouts of companies listed on the stock exchange. Advent International, together with Rafał Brzoska, used a call for shares to consolidate their stake and withdrew Integer and InPost from the Warsaw Stock Exchange. In December, Bricks Acquisitions, which is controlled by Goldman Sachs, announced a call for shares of the Robyg real estate development company worth over USD294.4m, while Arbis announced a call for shares of WDX, a provider of solutions in the field of design of logistics systems in internal transport and storage, worth USD40.3m.

Tax cuts are promoting acquisitions in the United States

The fact that 2017 was the second year in a row in which the value of M&A transactions declined – according to initial data from Dealogic it amounted to just over USD3.55 trillion – was primarily due to the situation on the American market. Companies – including foreign corporations –  not sure how the tax reforms announced by President Donald Trump would ultimately look, were cautiously approaching large acquisitions with a value exceeding USD1bn. When the shape of the reform began to clarify, in both November and December the value of M&A transactions in the United States exceeded USD200bn.

Looking at the end of the year, the analysts do not exclude the possibility that lower corporate taxes 2018 could bring record-breaking values of M&As in the United States. This optimism is supported by the information that last year the number of transactions in the US was the highest since 2007.

The total M&A value of European companies announced in 2017 exceeded USD910bn and was 6 per cent higher than the year before. Brexit significantly reduced the interest of foreign investors in British companies (the value of such transactions dropped by half compared with 2016), but it was conducive to domestic acquisitions (the value increased by over a third). The value of foreign acquisitions conducted by British companies also decreased.

A clear decrease – by about a third compared with 2016 – in the value of M&A transactions conducted by foreign companies was also recorded in France and Germany.

Meanwhile, Spain saw a significant increase in both domestic and foreign M&A transactions. In terms of announced transactions that country beat both Germany and France.

Interesting developments are taking place on the European market. The Italian group Atlantia and the German Hochtief are fighting for the Spanish road infrastructure operator Abertis Infrastructuras. The latter offer is backed by the Spanish group ACS, headed by Florentino Perez, the President of the Real Madrid football club.

Hochtief offered USD41.7bn for Abertis, while the Italian competitor estimated its value at USD34.3bn. The acquisition may be blocked by the Spanish government, which treats one of the subsidiaries of Abertis as a company of strategic importance for the state. The Spanish anti-monopoly office has already warned the Italians (who are preparing to up their offer, as the media report) that it would not agree to the transaction.

It has been clearly visible for the past two years that leading American technology companies are looking among European startups for targets to take over. Apple bought, among others, the Finnish company Beddit providing sleep monitoring solutions, the German startup SensoMotoric producing software for tracking eye movements, as well as the British company Shazam, the creator of an application that recognizes song titles and performers.

Google became the owner of the Swedish company Limes Audio (which specializes in systems improving the quality of sound in communication systems) and the Belarusian AIMatter, a company that uses neural networks to transform image and video in real time.

Snap has taken over the French company Zenly, the producer of an application for social mapping, and the Swiss company Strong.codes, a producer of tools which make it difficult for competitors to copy solutions used in applications.

The value of M&A transactions in Asia (excluding Japan) dropped slightly to USD721bn (a year earlier, the decline in the value of transactions reached 24 per cent). The main role, as in previous years, was played by the Chinese market. Due to the restrictions introduced by the state, local companies were less active in foreign transactions than in previous years (their value dropped by nearly a third) and focused on domestic purchases.

The companies that carried out the most domestic and foreign acquisitions included the online conglomerate Alibaba (32 transactions worth USD21.5bn) and the technological holding Tencent (34 transactions worth a total of USD17bn).

According to data from Dealogic, throughout 2017 there were over 10,000 technological M&A transactions in the world (the highest number in history), and their total value amounted to nearly USD569bn (technological M&As only reached a higher value in 2015, when they were worth USD699bn, and in 2016 when they amounted to USD638bn).

The second largest industry in terms of value of completed M&As was the real estate sector (nearly USD474bn), and the third largest sector was the health care (nearly USD375m).

The largest announced transaction was worth over USD130bn. This was an offer of acquisition of Qualcomm, an American semiconductor manufacturer specializing in solutions for mobile phones, submitted by Broadcom, an American company designing and producing semiconductors. It is not certain whether the transaction will ultimately take place, because the management of Qualcomm objected it. Since then the offer has been treated as a hostile takeover, and its fate may largely depend on the shareholders of the company. It is known that some expect the value of the offer to increase.

One of the most interesting technological acquisitions of the past year was Intel’s purchase of the Israeli company Mobileye, a manufacturer of solutions used in driver assistance systems. In the transaction, the company whose solutions allow Intel to obtain a strong position in the world of technologies used in autonomous cars was valued at USD15.3bn.

Amazon had to fork out USD13.7bn for Whole Foods Market, a chain of health food supermarkets listed on the stock exchange. This transaction has hurt Blue Apron, which debuted on the stock exchange last year. Investors concluded that the company specializing in delivering ready-made meals now has a powerful competitor. The public offering, debut and subsequent low stock prices of Blue Apron are considered the biggest failure among last year’s IPOs in America.

Every fourth IPO in China

Throughout the year 1,749 initial public offerings (IPO) were held in the world. The consulting company EY emphasizes that this was the highest number of IPOs since the record year 2007. EY analysts believe that 2018 may be even better, especially in the Asia-Pacific region as well as in the United States and the United Kingdom.

The value of last year’s IPOs in the world reached a total of USD198bn. The largest market was Asia, with 972 IPOs (an increase of 50 per cent) worth a total of USD79.2bn (an increase of 26 per cent). High activity was recorded on the Chinese market, with several companies entering the trading floor each week (in total 400 IPOs were carried out on the Shenzhen and Shanghai stock exchanges), and on the market in Hong Kong, which saw the debuts of large Chinese companies such as Zhongyuan Bank, and ZhongAn Online P&C Insurance, an insurtech company offering insurance products on the internet. Of the 10 largest Asian IPOs, as many as four were carried out at the Mumbai stock exchange and these were offers of insurance companies.

The largest initial public offering last year was the sale of shares by Snap, the owner of the social networking service Snapchat. Its value reached USD3.9bn. Two subsequent IPOs in terms of value took place in Europe. These were the return of the well-known Italian company Pirelli to the stock exchange and the debut of the Swiss company Landis&Gyr Holding, a manufacturer of energy management solutions, including measuring infrastructure.

The expectations for 2018 are optimistic. The IPOs of shares of such Chinese companies as Xiaomi (one of the world’s largest smartphone manufacturers), China Tower (the world’s largest operator of telecommunications towers) and Lufax (online financial platform) are expected in Hong Kong. The total value of these three offers – according to the estimates of analysts – may amount to up to USD20bn. In China there are several hundred companies waiting for entry on the local stock exchanges.

Analysts expect that this year will not be worse than the last one in the United States, and among candidates for IPOs they see, among others, Airbnb, an online accommodation rental company, Dropbox, offering data storage in the cloud, and Lyft, which is Uber’s competitor.

In the US there was a revival of the IPO market for companies from the technology-media-telecommunications (TMT) sector in comparison with 2016. Companies from the TMT sector accounted for one third of last year’s offerings (their number doubled in comparison with 2016) and their total value – USD12.5bn – was higher than in 2016 and 2015 combined.

The significant share of IPOs of Asian companies in the public offerings in the USA has been maintained. Last year they had a total value of USD4.9bn, and in the case of four offers the value exceeded USD500m.

On the Polish IPO market, last year was both good and bad at the same time. Only seven initial public offerings were carried out (five fewer than in 2016), but their total value reached USD2.2bn and was almost seven times higher than the year before. This is primarily due to the IPO of Play Communications, which sold its shares worth USD1.3bn in the offering, as well as the offerings of Dino Polska (USD484m), Getback (USD217m) and Griffin Premium (USD149m) which were relatively large for the local market conditions. The IPO of Play was the largest initial public offering of a private company in the history of the Warsaw Stock Exchange and the 9th largest in terms of value in 2017 throughout Europe.

In 2018 between 10 and 15 IPOs are expected on the Warsaw Stock Exchange, but these will be mostly small and medium-sized companies.

Category: Financial markets 24.12.2019
The personal loan sector in Poland represents just a small part of the financial services for individual customers, which is dominated by banks. Compared with the lending markets in other countries, the Polish personal loan sector can be seen as a niche market. 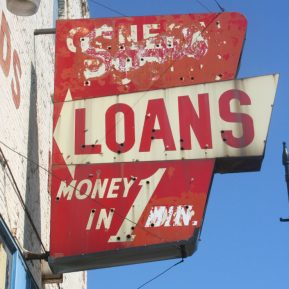