09.11.2020
Very few Polish companies have implemented climate policies. The situation may change, however, once the new EU financial tools and reporting obligations are introduced. In spite of the pandemic, there have never been more favorable conditions for companies to invest in climate-friendly solutions. 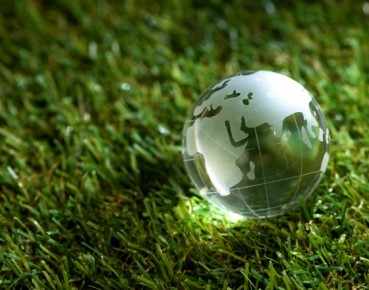 In early July 2020, the European Commission (EC) announced the launch of the Innovation Fund, one of the world’s largest programs aimed at supporting innovative low-carbon technologies. Over the course of the next decade the Fund is supposed to spend approximately EUR10bn on breakthrough technologies related to renewable energy sources, energy-intensive industries, energy storage, as well as carbon dioxide capture, use and storage. The fund will be financed with money obtained from CO2 emissions’ auctions within the European Union’s emissions trading system (EU ETS).

The Innovation Fund is one of the key elements in the implementation of the European Green Deal, which was announced by the end of 2019. The objective is to transform the European Union into a climate-neutral economy by 2050. Moreover, the ecological transformation is one of the three pillars of “Next Generation EU” — the temporary instrument supporting the European Union’s economic recovery from the current crisis with a budget of EUR750bn. On top of that, an additional amount of EUR560bn will be provided to EU Member States as grants, loans and financing for the existing European programs, some of which will also certainly be allocated to the green transformation. This will include support for enterprises.

At this point it is difficult to estimate how much of these funds could go to Polish companies, but it is certain that the European Green Deal will directly affect the business activity of all companies operating in Europe. This will involve both new opportunities arising from the financial mechanisms envisaged as part of the program, as well as new obligations imposed on the companies. Meanwhile, according to the report of the consulting company Nobili Partners, which examined all the reports of 440 companies (both Polish and foreign-owned) listed on the Warsaw Stock Exchange (WSE), Poland’s public companies are not prepared for the implementation of the European Green Deal. Consequently, they are also unprepared to take advantage of the EU funds.

Out of the companies listed on the WSE, which published non-financial reports or statements for 2019, only five — that is, approximately 1 per cent of all listed companies — indicated that they have developed a strategy relating to climate change or implemented their own climate policies. The authors of the report emphasize that “the vast majority of issuers do not present data on greenhouse gas emissions. Above all, companies do not present conclusions from the analysis of how their businesses would function under changed climate conditions and whether their business model is resilient to changes in the market and the business conditions resulting from climate change.”

These companies are not an exception. According to the report of the Climate Disclosure Standards Board, the reporting status and the quality of reported climate-related information is highly unsatisfactory across the EU – 78 per cent of companies do not report adequately on environmental and climate-related issues. One third do not indicate how important climate issues have been identified in their business activity, and only a few presented their levels of resilience to various climate scenarios.

In Poland in theory such reporting is not mandatory, although the largest, listed companies are required to present the so-called non-financial information in their annual financial statements, which includes, among others, environmental issues. This is a result of Poland’s Accounting Act of 2016, which was enforced by the EU Directive 2014/95/EU. The non-financial reporting is obligatory to companies employing over 500 people, with a balance sheet total of more than EUR20m or a net income higher than EUR40m, as well as banks, investment funds and other public interest entities. Approximately 300 companies in Poland, and 6,000 across the EU have to comply.

Additionally, in June 2019 the EU announced its guidelines concerning the disclosure — which remains voluntary for the time being — of climate-related information by companies. The new additions to the catalog of information that companies are recommended to share with their stakeholders include, among others, the reporting of carbon dioxide equivalents (CO2e) emissions across the entire value chain, the reporting of revenues and investments broken down into “green” (i.e. environmentally sustainable) and “brown” ones (i.e. highly energy-intensive and based on the use of energy from fossil fuels), as well as the given entity’s climate policy. However, only some of the companies made use of these guidelines, and if they do so the scope of the reported data was highly diverse.

In total, 159 companies listed on the WSE, approximately one-third, published 179 non-financial statements or reports (the difference between a statement and a report is purely technical and boils down to whether the given document is published as a separate file or not). Out of this, 149 documents present consolidated data (i.e. data for the entire capital groups), and 30 present data for the individual company. The authors of the report point out that these documents, with average volume reaches up to 48 pages, are still largely dominated by information and data that can be considered irrelevant, also from the point of view of the currently developed new legislation and requirements.

The emissions of Polish companies

Starting with the reports for the year 2017, when the non-financial reporting requirement was introduced, many companies have treated the levels of CO2 emissions as the basic indicator showing the efficiency of their environmental policies. Because of that a significantly higher number of companies from the WSE (11 per cent of all companies) only disclose information on their CO2 emissions, and not on the emissions of all greenhouse gases. This practice may soon become inconsistent with the new the EU methodology.

In 2019, 28 Polish listed companies or capital groups emitted 28.2 million tons of greenhouse gases into the atmosphere from sources which are their property (these are so-called direct emissions). This is how the companies presented the data concerning the emissions of all greenhouse gases in their reports in accordance with the 2019 guidelines of the EC – expressed in carbon dioxide-equivalents. Additionally, 47 companies reported on their emissions of solely CO2. Their total emissions amounted to 110.2 million tons. Only five companies from the WSE decided to disclose the scale of greenhouse gas emissions along their entire value chain – that is, in all the activities of the given company that are required to develop, produce, sell and deliver its product or service, and to service it.

Companies that have previously been reluctant to report on their contribution to climate change will likely be forced to do so anyway. The EC is working on the development of reporting requirements regarding the presentation of non-financial data. This push is, among other things, the result of the European Parliament’s call for the development of a common, European standard for non-financial reporting, including a requirement for companies to provide detailed information on their greenhouse gas emissions. There are many signs that starting from 2021 enterprises will be required to report in detail about their own impact on the climate and about the impact of climate change on their business activity, as well as their financial results.

The main argument for the tightening of mandatory reporting requirements is that we are currently facing a lack of publicly available information on how issues related to sustainable development are impacting companies, but also a lack of information on how the companies themselves are impacting the society and the environment. The European Securities and Markets Authority also published a report in which it recommended changes in this area.

According to estimates prepared by the EC, in the years 1990-2018 the EU reduced its greenhouse gas emissions by 23 per cent, while its economy expanded by 61 per cent. The crucial piece of information for Polish enterprises is that in order to achieve the EU’s climate and energy targets for 2030, additional investments of EUR260bn per year will be required. The authors of the Nobili Partners report emphasize that in the coming years companies without a properly implemented sustainable business policy may face serious difficulties in obtaining capital both from banks and from investors in the capital markets, and may, for example, not be able to emit new bonds. More and more foreign investment funds are already paying attention to companies’ compliance with environmental protection rules and analyzing their performance in the scope of environmental, social, and corporate governance criteria (ESG). These considerations are then taken into account before the final investment decision is made.

Meanwhile, the authors of the ING report “Are European governments pushing for a green recovery?” emphasize that appropriate tax legislation would provide an incentive for companies to make more environment-friendly business decisions. These measures could include, in particular, the introduction of a tax on non-recycled plastics and packaging waste, and the extension of the emissions trading system-scheme to the maritime and aviation sectors. In the framework of the European Green Deal, the EC could also introduce a carbon border adjustment mechanism (CBA). This solution may be used, for example, to reduce the imports of electricity from third countries, where power generation is not subjected to a system of emissions fees.

For the time being, the WSE itself is trying to persuade companies to provide more detailed reporting on non-financial issues, including environmental matters. The WSE has signed an agreement with the European Bank for Reconstruction and Development (EBRD) on cooperation in the promotion of advanced environmental reporting by listed companies in Poland and the region of Central and Southeast Europe. The EBRD announced that it would select a consortium of experts or consultants with international and national experience related to sustainable finance, capital markets and ESG-related areas. The selected consortium, in cooperation with the WSE, will develop a report with recommendations concerning ESG reporting based on national and EU legislation relating to ESG integration, decarbonization, and good market practices. This means that the emphasis placed on green investment and its reporting is increasing, not only because of legal pressures or financial incentives. 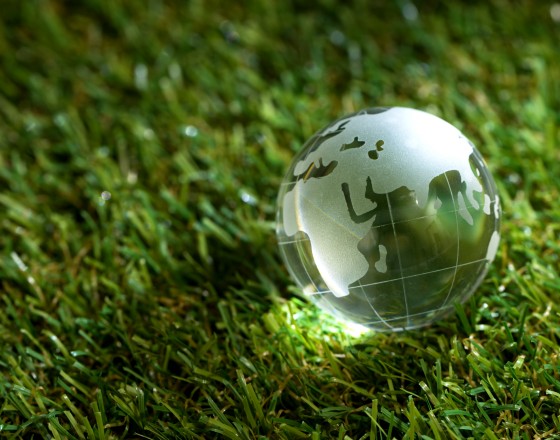 Category: New trends 24.08.2020
While companies are struggling to survive, there is a growing number of voices calling for the stimulus packages to be designed in a way that will not hinder the effort to protect the climate. It is possible to reconcile economic and environmental protection goals. 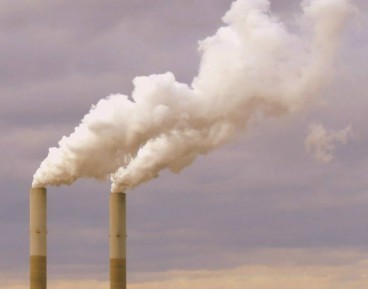