10.06.2020
We should not compare today’s crisis to the previous one, says Paul Tucker, former Deputy Governor of Bank of England. And what central banks are doing is, according to him, not business as usual but they have a reason: a crisis threatening survival. 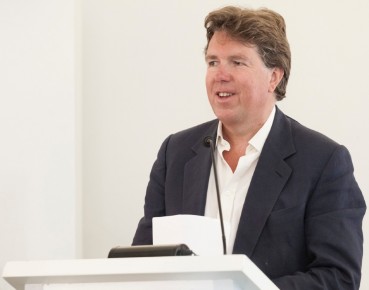 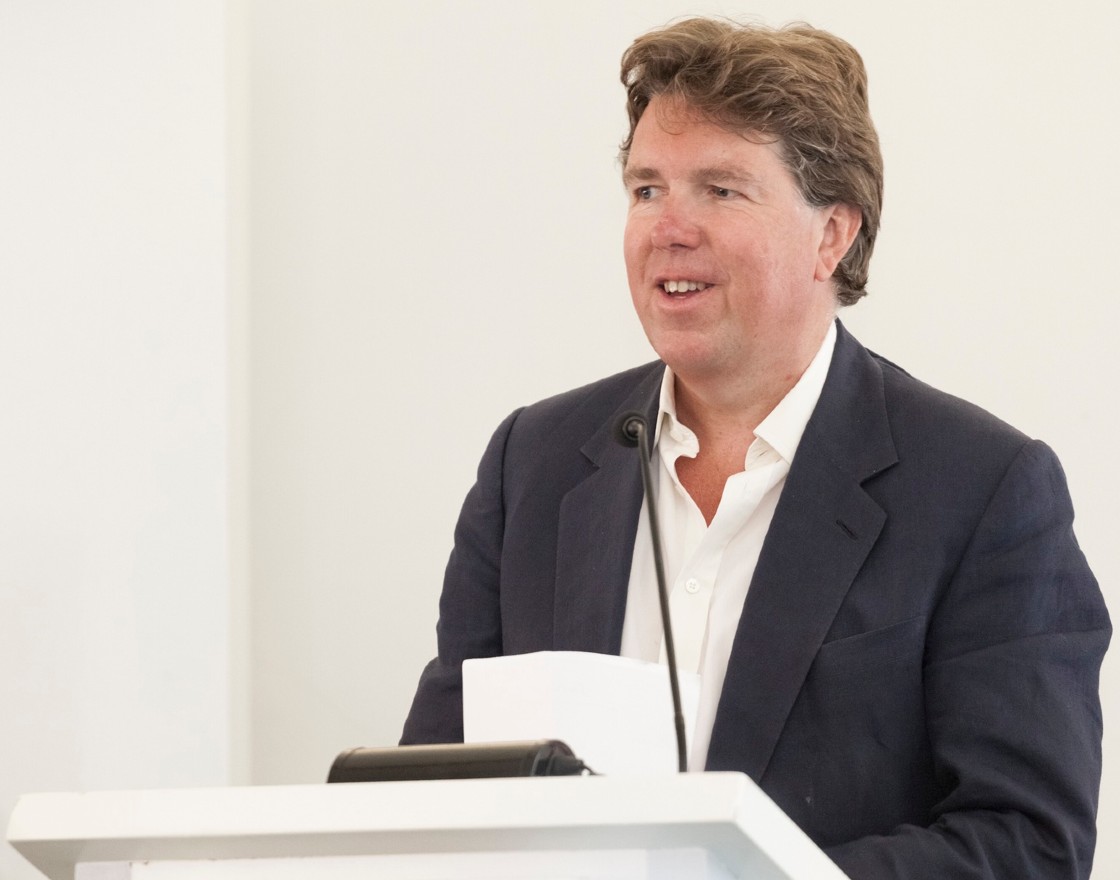 Obserwator Finansowy: What distinguishes the current crisis from the previous crisis from a monetary policy perspective?

Paul Tucker: Almost everything. First of all, we are dealing with a mandated closure of large parts of the economy, with government measures taken to forestall and so control, what would otherwise have been a spontaneous and disorderly closure as people became, in different degrees, gripped by fear. So we should not think about the central banks as trying to stimulate aggregate demand in the usual way; when, in the jargon, aggregate supply was being shut down, that would be slightly crazy. Instead, it is better to think of them as trying to get cash to where it is really needed — to keep households in food and shelter, and to avoid generalized bankruptcies across business that completely wreck the economy. It was actually about keeping the essential parts of the economy going, and maintaining the rest in suspended animation — a state of reduced activity that allows the economy to survive the crisis. And in a sense this is not the task of an independent central bank at all, with the emphasis on “independent.”. Central banks have actually begun, in responding to the fallout from the pandemic, to be at the service of the government, as was the case from the 1930s to the 1980s.

So they do what in normal times is considered a great sin by all textbooks — they support the government’s fiscal policy.

More than just fiscal policy; their government’s policy for containing and fighting the pandemic. Yes, that is not business as usual but they have a reason: a crisis threatening survival. No one has ever said that textbook prescriptions for independence should be used in the face of ordinary warfare, for example. If we think about World War II, the US Federal Reserve and the Bank of England did not operate as ordinary central banks then. A state of emergency is a state in which we mobilize all institutions. This is the goal.

Not in a classic sense but it is similar in one fundamental respect. The elemental function of the state is to ensure security, stability, and safety, for their own sake and as a necessary precondition for everything else societies do together (including economic production and exchange). Today — just like during the war — it is clear that human security and safety are at risk, so government’s imperative is to protect the health of citizens, and, subject to that, to minimize the economic and social damage. And the task of central banks is to help governments buy time; buy time to develop a medical response, and buy time to re-quip the economy to function safely under duress.

What if I asked a question about the conditions in which a central bank could go beyond its designated function before a pandemic? Would you mention a threat to public health among them?

I think so, although it obviously depends on the nature and the threat of a particular pandemic. Like a comprehensive cyberattack, a pandemic is the kind of thing that could and should feature in central banks’ stress tests of the banking system, and in their contingency planning for balance-sheet operations. Remember that for a few years some governments have had a pandemic at the top of their list of threats. So, looking back, it would have been better if central banks had discussed with governments how they (governments) would respond to a pandemic that brought the economy to a halt, drawing lessons from East Asia’s experience of SARS.

Are central banks limitless? Can they produce any amount of money?

They are limited, but not in a physical sense. As a matter of mechanics, they can obviously create any amount of their own money (whether paper or electronic). But it matters whether people are willing to hold the money; they won’t want to hold the money if they think it worthless, and so on. That is obviously not where we are now.

I must stress that this is not the same as saying that there are no limits on central banks’ capacity to stimulate extra spending in the economy. Because interest rates are so close to zero, their standard monetary policy function will be somewhat constrained as and when the economy reopens and recovers. But that is different from their function in ensuring that the economy’s demand for liquidity is met.

So in terms of demand for money from central banks, the current situation and the situation during the financial crisis are comparable?

Yes, in that mechanical sense: providing liquidity. But everything that matters is different. First, so far, the banking system is ok (but vigilance will be needed if the economy is semi-operative for a long time; they cannot afford to relax about this as losses could escalate). Second, it is households and non-financial firms which need cash now. Third, central banks cannot give the money away; they can only lend it, or buy assets of various kinds. By contrast, governments can make grants to families and businesses, and they are doing so, as well as guaranteeing bank loans. That increases government’s own deficits, so if they cannot borrow from the capital markets, they might end up borrowing from the central banks. That, of course, would be a big deal, but the key point is that any such monetary financing should be controlled, with an exit plan.

Politicians are a threat, but central bankers are also not infallible. They may abuse power not because of

bad intentions, but because of a simple calculation error. Today, we have an obvious situation when the demand for money increases, but will it be equally obvious when it stops growing? If this moment is not captured, the risk of inflation will materialize.

There is truth in that but we should keep it in perspective. First, on the politicians, our electoral democracies are the best systems known to history for adapting to the extraordinary challenges of government. Second, the best way of thinking about independent central banks is as part of a wider constitutional separation of powers. Since, in democracies, the elected parliament should decide taxes, the monetary levers cannot properly be held be the executive branch because they could print money to fund their spending projects. But that in turn means independent central banks should be subject to carefully designed constraints: that’s what my book Unelected Power is about.

More prosaically, for regular monetary policy it is very important that most mistakes are typically transitory because the monetary committee resets policy every month or so (8-12 times per year), and so can make corrections as it goes along. Compare that with legislation and regulation, where it is much harder to undo errors or change course. So, monetary policymakers may make significant errors, I agree, but the auto-correction mechanism reduces this risk compared to other government policies. In a sense journalists write too much about monetary policy, and not enough about the terms of central banks’ lending or their regulation of banks which are hugely important and harder to change.

A bigger hazard is the tendency of governments to pressure central banks to meet their needs, so central banks must be able to say no. For example, during World War II, the main task of the FED was to reduce the US government’s cost of financing itself, because of the imperative of its military operations. The Fed carried on holding down bond yields after the war and until the early 1950s, the time of the Korean War. But as time passed, partly because other parts of economic life were returning to normal, the Fed had to buy more and more Treasury bonds to keep yields low. Marriner S. Eccles, then the head of the Fed, wanted to withdraw from this policy because he feared it was going to cause inflation, but President Truman was furious and did not want to let him, accusing the Fed of treason. The fight lasted a year or more, and was dramatic, a real human drama. In the end Eccles got his way, via what is known as the Fed/Treasury Accord. The ability to say no to government is very important, but that does not mean that it should be absolute. For example, the Bank of England could say no but the government could then use legal powers to suspend independence. The European Central Bank is different because its independence is embedded in a treaty which, realistically, would be extraordinarily difficult to change.

Let’s return to the inflation. We have a great demand for money and great printing, while production and consumption fall. This extra money is needed for the economy to survive, but what if the pandemic ends? We will have a world in which, because of some Chinese bat, no goods were produced that would otherwise arise, and a world in which money because of that bat would not have been printed otherwise. Less production, more consumption — won’t that mean inflation?

A moment will come when central banks need to drain the extra money from the market, say by selling assets. Making that judgment will be hard, because it won’t be at all easy to predict how the economy will recover and how fast it will grow once the pandemic risk passes.

More broadly, once again, an economy carrying too much debt is being supported by adding still more debt. Given the anger about inequalities and austerity in many societies before the COVID-19 crisis, I suspect that there will be debates about whether and how to increase taxes without choking off the incentives that drive economic dynamism. Central bankers will need to keep out of those debates; they need strong self-restraint on wider public policy issues.

Paul Tucker is a senior fellow at the Harvard Kennedy School and the Harvard Business School. He was deputy governor at the Bank of England from 2009 to October 2013. Today, he is the President of National Institute of Economic and Social Research. He is also an author of “Unelected power.”