Ukraine’s largest bank: a long way out in deep waters

07.06.2016
Privatbank, Ukrainian largest lender by assets, is facing "systematic problems", and the country's central bank has placed it in "a very tough framework". 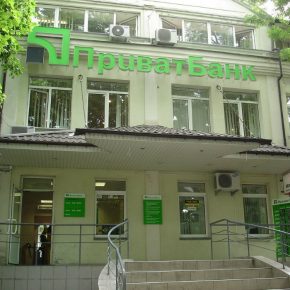 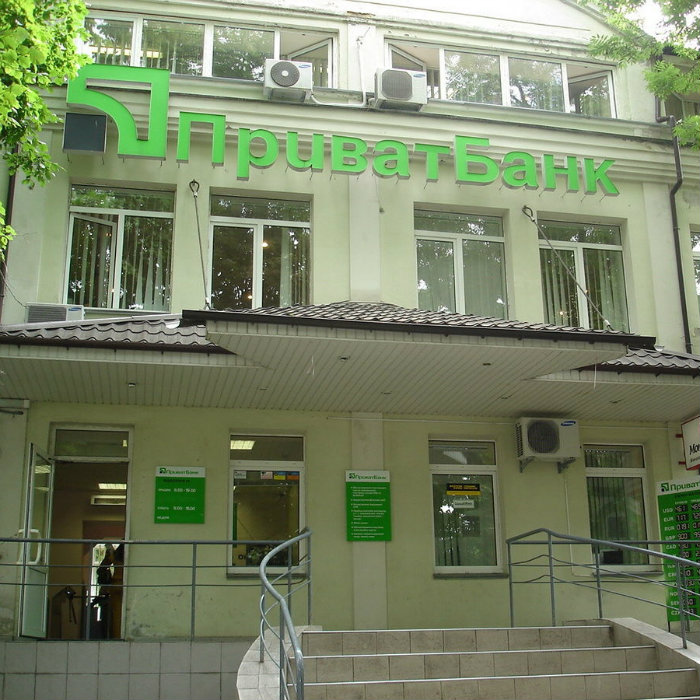 The aim is resolving the situation, said Oleksandr Danyliuk, Kiev’s newly appointed finance minister, in a television interview. „I don’t want to voice these problems. There are a lot of them,” he added.

The statement, which was quickly picked up by other media, was threatening to trigger nervous reactions among Privatbank’s clients. The National Bank of Ukraine (NBU) was therefore forced to step in with a statement, according to which the lender has agreed a three-year recapitalisation plan with the regulator, and to be „engaged in rigorous efforts” to implement the document.

„The NBU is conducting continuous monitoring of the Bank’s activities as a whole and exercises control over the bank’s implementation of the recapitalization program,” the statement reads. „The bank’s liquidity position is currently satisfactory.”

„Privatbank, as any other bank in Ukraine, needs to boost its capital, to purify its credit portfolio,” Kateryna Rozhkova, the central bank’s deputy governor, explains in an interview with the Central European Financial Observer. „The bank has signed a road map with us, and its stability depends on how Privatbank will implement the plan.”

She describes the road map as „absolutely realistic” for implementation, adding that they could not impose „exclusive conditions” for Privatbank, which accounts for around a third of Ukraine’s private deposits and more than half of the country’s payment cards. Recently, the bank was categorised by the regulator as systematically important, alongside two other lenders.

In addition to the road map, one of the bank’s shareholders, the controversial oligarch Igor Kolomoisky, has sent a personal letter of guarantee to the NBU, according to which he promises to recapitalise the lender. „We can’t provide any exclusive conditions for this bank,” Rozhkova adds.

According to Privatbank, the regulator provided the lender with UAH30.5bn (USD1.215bn) in refinancing loans in 2014-2015 in order to cover its deposit outflow, which was caused by the economic and financial meltdown in Ukraine, Russia’s illegal annexation of Crimea, and a military conflict in the Donbas region. As of the beginning of April, the bank’s debt to the NBU stood at UAH25.9bn (USD1.032bn).

„The bank plans to repay its debt [to the central bank] in 2016-2017, as agreed with the NBU,” Oleg Serga, a spokesman for Privatbank, tells the Central European Financial Observer. He says that the lender repaid UAH1.3bn (USD51.7mn) in March-April alone.

According to the road map signed with the regulator, Privatbank will increase its capitalisation through investments made by shareholders, repayment of loans, as well as „a shift of emphasis towards making a mortgage pledge”, Serga adds.

The road map was apparently a subject of heated dispute between Privatbank and the NBU. The lender’s spokesman does not hide that there are „different approaches” to the NBU’s assessment of some indicators which „do not meet the international practice”.

Specifically, the lender refuses to share the central bank’s assessment of its collateralised property, as well as a credit risk assessment of the legal entities loan portfolio.

The shareholders of Privatbank should have an annual meeting on June 24 with the aim of approving a UAH216mn (USD8.6mn) injection of the 2015 net income to increase the bank’s share capital.

„While the reported regulatory capital is close to the required 10 per cent of risk-weighted assets, it appears to be under-provisioned with a Loan Lost Reserves (LLR) ratio estimated at 13.6 per cent compared to the sector’s average of 30.5 per cent,” Mykhaylo Demkiv at the Kyiv-based consultancy Investment Capital Ukraine (ICU) wrote in a research note on May 10.

According to the lender’s 1H15 IFRS report, at least one third of the gross corporate loan portfolio has been collateralised with goods in trade and various borrower’s receivables. However, the bank’s most serious issue of insider loans – estimated to be at least 40 per cent of the bank’s gross portfolio – remains unaddressed, Demkiv added.

Indeed, Privatbank reported its total credit risk to related parties was 45.2 per cent of its regulatory capital at the end of the third quarter of 2015, which is a dramatic contrast to the ratio of 10 per cent reported last quarter and 3.9 per cent reported at the end of 2014. These changes were mainly caused by a change in the central bank’s methodology, Privatbank’s Serga explains. „The NBU set a three-year deadline [by January 1, 2016] for the bank to comply with the standards for this indicator,” he says.

The central bank set a deadline for reaching the ratio of 25 per cent for the twenty biggest Ukrainian banks, after stress tests were carried out recently as part of a new approach to the identification of credit risks.

„There are lot of economic and financial criteria [for relating party identification]. For instance, non-market conditions of [loan] servicing; economic links with companies which are in the sphere of shareholders’ interests; non-transparent ownership structures,” Rozhkova says. „Members of our team work as detectives.”

The NBU’s deputy governor adds that the regulator was forced to abandon the presumption of innocence for bankers, due to the common practice of hidden crediting of their businesses. „Now, we have a presumption of guilt. We tell a bank that the regulator believes that some company is a related party, and if you want, you can prove that we are wrong,” Rozhkova explains.