Bernanke Has His Facts Wrong – And Is Short On Courage

Ben Bernanke’s memoir of the Great Recession, a book called The Courage to Act, is out. In summarizing the book’s argument in an article the other day, Bernanke made several claims of fact that purport to justify his actions as chairman of the Federal Reserve during the crisis years. The claims are not close to being fact.

In his article, Bernanke wrote the following: “if there is a problem with inflation, it isn’t the one expected by the Fed’s critics, who repeatedly predicted that the Fed’s policies would lead to high inflation (if not hyperinflation), a collapsing dollar and surging commodity prices. None of that has happened.”

None of that has happened? Two of the three happened.

First, the collapsing dollar. The Federal Reserve’s own data have it that against major currencies, the dollar depreciated during the years of Bernanke’s Fed leadership to a greater degree than at any point in the 43-year history of the statistic.

In August 2011, the average exchange rate of the dollar against such currencies as the euro, the Canadian dollar, the yen, pound, and Swiss franc was the lowest ever. In Bernanke’s last five years as Fed chair, from spring 2009 until early 2014 (when Bernanke left the Fed), the dollar was never above the lowest major exchange-rate average of the pre-Bernanke period, dating back to 1973. This was a period that included the major devaluations of the stagflation era of the 1970s/early 1980s and the sluggish early 1990s.

Second, surging commodity prices. When Bernanke became Fed chair in February 2006, a barrel of oil had just hit an an all-time high of $68. For the nine years of Bernanke’s term, the oil-price graph is essentially a perfect regression line upwards at a constant yearly increase of 6.5%. Statistical noise includes a spike to $145 in the summer of 2008 and a plummet to $30 six months later. When Bernanke left the Fed in 2014, oil was at $96.

Gold, for its part, churned up from $560 per ounce as Bernanke became chair in 2006, nosed to about $1000 as the crisis hit in 2008, dove a little, then plowed over $1800 in 2011 and settled at circa $1300. Gold is the classic, worldwide hedge against questionable United States monetary policy. It broke records as Bernanke experimented with quantitative easing, is two-and-a-half times today what it was ten years ago, and sits at double-digit percentages above its pre-crisis peak.

It is, however, lacking in candor to make a point of something unpleasant that is not happening when something highly malfeasant is happening. This is the jobs crisis with which this economy has been beset continuously since 2008. When Bernanke left the Fed in 2014, government statistics tell us, there were no more jobs in the private sector than there had been at the 2008 peak. This was so even as several million individuals, net, typically enter the labor force every year.

What has occurred since 2008 (and these processes were afoot since 2001) is that an enormous amount of investment capital has shifted out of jobs- and product-creating enterprises into areas that can withstand a dollar devaluation, shield a business from the mandates of regulation and taxes, or make an outfit a government crony (and thus the beneficiary of expanding government mandates). This process has been anathema to the creation of real jobs. The result over 7-to-15 long years now has been the accommodation of millions of Americans to lower standards of living.

Bernanke does not blame the Fed for all this, even in his oblique acknowledgements of a problem that (as Shakespeare would say) is gross as a mountain, it is so obvious. Bernanke writes: “It is encouraging to see that the U.S. economy is approaching full employment [one of two times he drops that line in the space of a hundred words] with low inflation, the goals for which the Fed has been striving. That certainly doesn’t mean all is well. Jobs are being created, but overall growth is modest, reflecting subpar gains in productivity and slow labor-force growth….”

That last claim is another disingenuous bit. There was no labor force growth—half a percent cumulatively—from the 2008 peak when Bernanke’s term expired in 2014. The upticks in all the measurements, in the currency, in the inverse of commodity prices, in jobs, small as they have been, collectively, have occurred during the chairmanship of Bernanke’s successor as Fed chair Janet Yellen. Yellen has proven herself rather afraid of continuing the Bernanke monetary blowouts in their tremendous scale. The result appears to be that confidence is creeping back into the American economy.

The justification which Bernanke is relying on in all his legerdemain is the “dual mandate” given by Congress to the Federal Reserve. The Fed must see to it that there is full employment with price stability. The government’s pet statistics in this regard are the National Unemployment Rate and the CPI, both churned out by a hopeless government agency, the Bureau of Labor Statistics. If both numbers are low, Bernanke walks away saying he did his job.

It is one thing, in perhaps a middle-school assignment, to say you did what you were told and therefore fulfilled your given mission. It is quite another, in the real world of living and thriving and trying to make it, to declare yourself successful because an “official benchmark” was hit. Adulthood and maturity require that these kinds of artifices be dispensed with and problems recognized for what they are and solved in a real fashion.

That Bernanke has prescinded from this kind of maturity—even if he must do so, given the Fed’s legal obligations—is further evidence that the Fed should be wound down and closed. Bernanke’s reflections reveal that the Fed is incapable of summoning the courage, to coin a phrase, to deal with the world as it actually is.

The Eurozone is a cash union and not a monetary union

Kategoria: Macroeconomics 15.02.2019
The EUR is an unfinished project and it’s possible that the Eurozone cannot function on a permanent basis at all, warns Thomas Mayer, the former chief economist at Deutsche Bank. 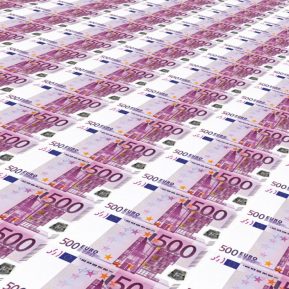 Kategoria: Business 21.03.2019
Russia as a leading global producer and exporter of conventional natural gas underestimated the revolution associated with the development of the global liquefied natural gas (LNG) market. 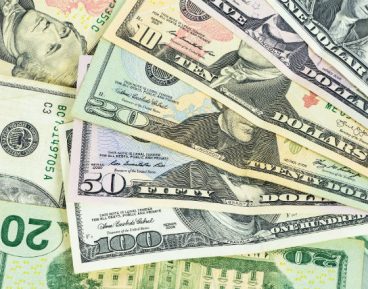